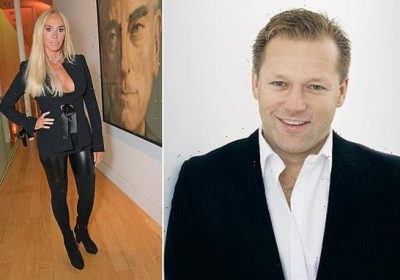 He is one of Britain’s most eligible bachelors, and now Carphone Warehouse tycoon David Ross is ringing the changes in his own life.

I can disclose that the billionaire chairman of the National Portrait Gallery — and, until recently, the Royal Opera House — has become a father again.

The mother is Cecilie Fredriksen, whose father, John, is a Norwegian-born shipping tycoon with an estimated fortune of £6.6 billion. 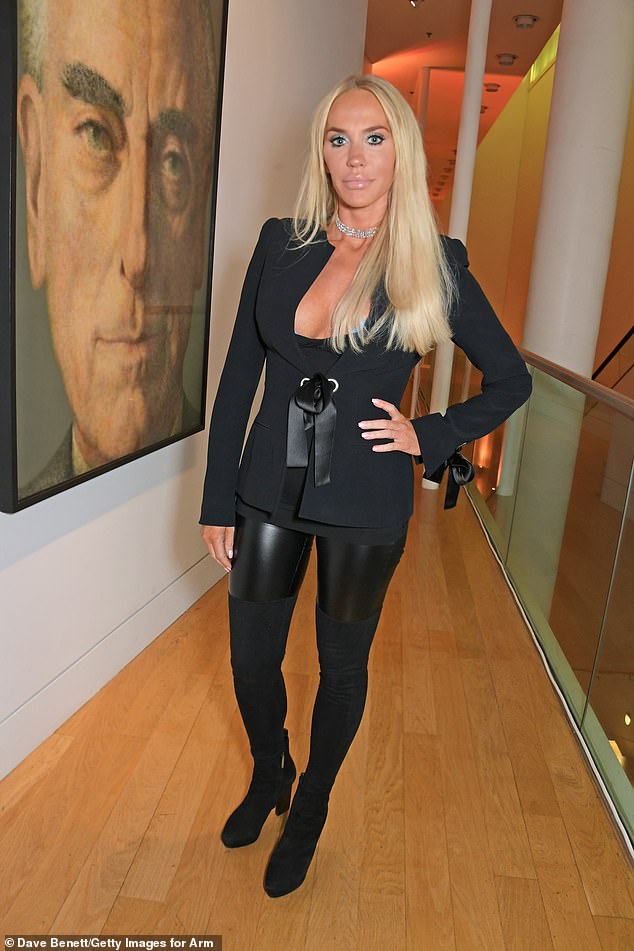 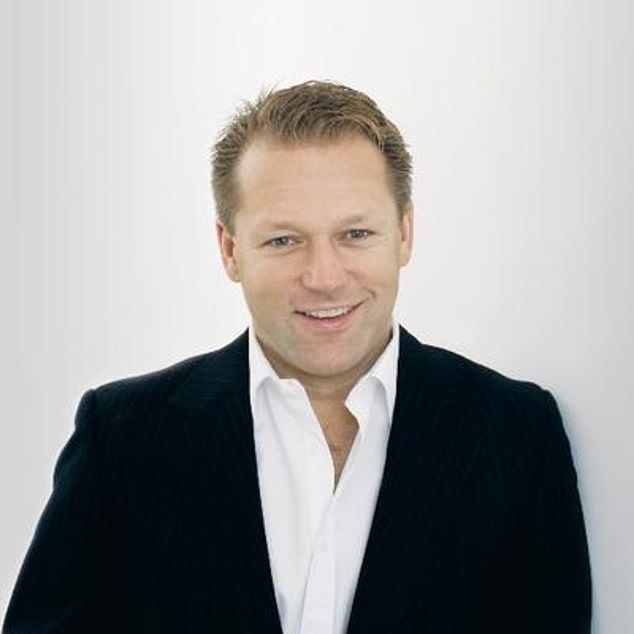 Ross, 55, who created Carphone Warehouse with public school friend Sir Charles Dunstone, has a teenage son from a previous relationship

Cecilie, 37, gave birth to her son, John, in December 2019, but it was not known until now that she was romantically involved with Ross. ‘David and I treasure our little boy, who is named after David’s father and mine,’ Cecilie tells me. ‘My little boy is my priority.’

Ross, 55, who created Carphone Warehouse with public school friend Sir Charles Dunstone, has a teenage son from a previous relationship. Ross’s main home is the 13th-century Nevill Holt estate in Leicestershire, where he hosts the annual Nevill Holt Opera festival.

Cecilie (left) — who is heiress to her father’s fortune with her twin, Kathrine — has lived in London since 2002. Her Chelsea home was bought for a staggering £110 million in 2008

Sharing Ross’s passion for culture, she adds: ‘My sister and I are working with the new National Museum in Oslo, the chairman, Karin Hindsbo, and the rest of her team and curators — all female.

‘We have an allocated space in the museum dedicated to our beloved mother, Inger Astrup Fredriksen, who had a great passion for art. The works acquired are focused very much on female artists — post-war until contemporary — and diversity outside of Scandinavia.

‘This is an exciting, rewarding process we hope will continue to the next generation and inspire more such collaborations in museums.’

The late comedian Ronnie Corbett’s widow has said her final goodbye to the bungalow they shared in Surrey, where she nursed him during the final months of his life.

Former West End musical star Anne Hart was married to the shorter half of The Two Ronnies for nearly 50 years before his death five years ago, aged 85.

‘We had a lovely tea party on Thursday for all the people who worked for Mum and Dad over the years,’ the couple’s daughter, Emma, tells me. ‘It was very emotional.’

After Hamlet, the Holy Grail of performance on stage is T. S. Eliot’s Four Quartets, his spiritual incantatory poem written in the 1940s.

In a bid to revive regional theatre, Ralph Fiennes is tempting back audiences with his one-man declamation of the poetic masterwork.

‘During the first lockdown I went to the cottage I rent in Suffolk, and I thought I’d learn them. I would walk about the paths and bridleways, becoming familiar with them,’ Fiennes says of his preparation for one of the most difficult memory acts for a theatre performer.

Many actors have previously shied away from the role due to the difficulty of the hypnotic verse. Six years ago, extracts were jointly performed in London by Jeremy Irons, Simon Russell Beale, Fiona Shaw and Ben Whishaw.

Now 58, Fiennes feels it strikes a particular chord with him.

‘You have a sense of what the poem really means as you get older,’ he muses. Or as Eliot might have interjected: ‘Time present and time past / Are both perhaps present in time future / And time future contained in time past.’

The four-night show at the Theatre Royal Bath closes tonight but catch Fiennes in Northampton next week, then Oxford and Cambridge.

‘I book The Wolseley as Ben Cumberbatch. I get a better table when I pretend to be him.’

Remembering the name of someone you have just met at a party can be a challenge — and one that looms large with Covid restrictions ending soon.

But former Made In Chelsea star Spencer Matthews — brother-in-law of Pippa Middleton, sister of the Duchess of Cambridge — claims to have found the perfect strategy.

‘I call everyone darling. It’s a really effective solution if you don’t know people’s names,’ says the Old Etonian, 32. ‘I often forget. If you introduce yourself to me, there’s a good chance I’ll forget your name immediately. It works for men and women. I call men ‘darling’ all the time.’

Best-selling novelist Nick Hornby is worried that literature is becoming too elitist. ‘There’s a lot of literary fiction that I think bewilders people and has stopped speaking directly,’ warns the author of Fever Pitch and High Fidelity. ‘It’s become more and more of a marginal activity and I think that’s a terrible tragedy. The idea that it’s a private language where you only talk to other writers is kind of disastrous.’

Amber steers others into calmer waters

Having learned to manage anxiety that was so bad she’d have panic attacks in public, model Amber Le Bon — daughter of supermodel Yasmin — will now be a guiding light for those grappling with similar problems.

The 31-year-old from London, whose father is Duran Duran frontman Simon, has been enlisted as a mentor by a mental health charity for the fashion industry — The Be Well Collective — which was founded by Burberry mannequin Sarah Ann Macklin, who once dated Prince Harry. ‘I naturally gravitate towards trying to help people, and being able to draw from my own experiences feels like I can really be a guiding and supporting voice,’ says Amber.

‘I was very lucky to have a mother who is also a model, so I got some fantastic advice early on in my career.’

Fry and hubby get in a bit of a pickle 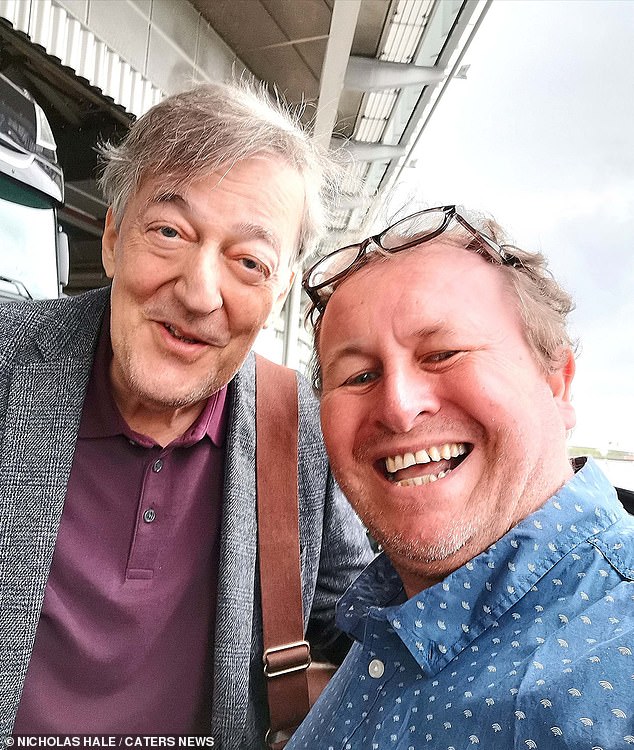 ‘I’ve had boyfriends, and now a husband, who will take potatoes and put them in the fridge — and tomatoes in the fridge’

Polymath Stephen Fry knows a lot of things, but his ideas on how best to store food at home are sparking arguments with his husband, Elliott Spencer, 34.

‘I’ve had boyfriends, and now a husband, who will take potatoes and put them in the fridge — and tomatoes in the fridge,’ sighs Fry, 63, the writer, actor and former QI presenter, who has homes in London and Norfolk. ‘I go: ‘No!’

‘And bottles of ketchup and chutney in the fridge. The whole point of it being a pickle or a preserve is that it doesn’t need to be chilled. Also, when things are cold, the flavour doesn’t spread over the palate nearly as well.’

Queen of Burlesque Dita Von Teese is getting a boost from her morbid new hobby.

‘My favourite thing to do lately, I know it sounds weird but . . . I live in LA and we have some phenomenal graveyards where all the movie stars are buried,’ says the 48-year-old former wife of Marilyn Manson. ‘So I walk around there. It gives you perspective and makes you realise you’re sweating the small stuff.

‘I usually take one of my old cars and drive through the Forest Lawn, a really famous one where Elizabeth Taylor is buried.

‘These are also beautiful places with lots of trees and greenery and flowers.’

Weisz stops clash of the Titans 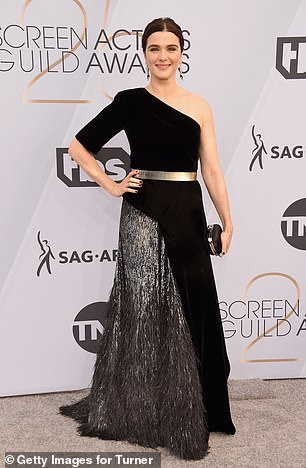 Desperate to prevent their films — Black Widow and the latest Bond, No Time To Die, respectively — from clashing at the box office, she reveals she had a ‘secret meeting’ with Marvel Studios’ president Kevin Feige. ‘Kevin was talking about the other tentpole movie coming out — Bond,’ she says. ‘I was thinking: ‘Maybe Kevin doesn’t actually know I’m married to Daniel?’

‘At that moment, Daniel was walking down the stairs into the kitchen. I wanted to turn the screen around and go: ‘Well, he’s right here. You can ask him!’

‘But I didn’t. I introduced my cat instead.’

It worked out in the end, as her film will now come out next month, and Daniel’s last outing as 007 will arrive in October after several cinema opening delays because of Covid.

Actress Celia Imrie’s ‘lovechild’, Angus, who starred in the BBC’s Fleabag and will play Prince Edward in The Crown, is mining his personal life for his next project.

The 26-year-old has written his debut play Homeward Bound, a dark comedy based on grieving for his father, actor Benjamin Whitrow, whose last film role was in 2017’s Darkest Hour.

‘It came from the scattering of my dad’s ashes, which was peculiar and funny,’ says Angus. ‘We’d brought — in a yoghurt pot — his ashes to scatter in the West End. I thought the ashes would just disappear, but there were masses of tourists treading all over them. It was Christmas Day!’

Whitrow had two children with his wife Catherine, whose idea it was to scatter his remains thus. He fathered Angus with Celia, now 68, during a brief romance. ‘My mum and him never lived together, so we had a very one-on-one relationship,’ adds Angus.

Actress Ophelia Lovibond sparked confusion this week when she shared a picture of herself at her engagement party with her W1A co-star Hugh Skinner, her love interest in the BBC comedy.

The 35-year-old is, in fact, to marry The Crown actor Henry Pettigrew — but after posing with Hugh on Hampstead Heath (above), fans mistakenly thought it was they who were tying the knot. ‘He was trying to break up the engagement and declaring his undying love for Izzy,’ she jokes, referring to her W1A alter ego. Ophelia has been filming the Sky series, This Sceptred Isle, in which she plays Boris Johnson’s fiancee (now wife) Carrie Symonds, opposite Sir Kenneth Branagh as the PM.