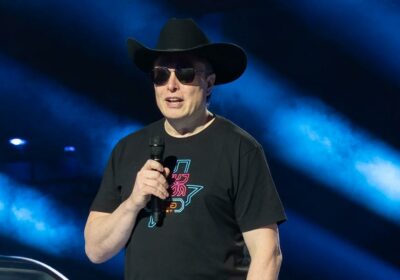 Elon Musk’s pursuit of Twitter continued Thursday with the Tesla CEO claiming in an SEC filing that he has raised $46.5 billion to fund the purchase of the social network.

In the amended filing, Musk claims that Morgan Stanley Senior Funding and other “commitment parties” — including Bank of America, Barclays, and other banking institutions, CNBC reports — will provide $25.5 billion in debt financing, with Musk offering up $21 billion in equity financing.

Despite the funding and commitments, Musk “has not commenced, or determined to commence, any tender offer for Shares of Twitter,” the filing states, while adding that Twitter has made no attempt to negotiate a deal with Musk.

'Silence of the Lambs': 'It Broke All the Rules'

Musk, who currently owns a 9.2% stake in Twitter, previously made a “best and final” offer to buy the remaining shares of Twitter he did not already own for $54.50 a share, or for about $43 billion in total. Twitter responded to Musk’s takeover attempt last week by adopting a “poison pill” for shareholders that capped anyone from owning over 15% of the company.

After the initial 9.2% purchase, Twitter revealed that Musk had decided not to join the public company’s board of directors, despite then being the largest stakeholder in Twitter; the investment company Vanguard Group has since purchased a 10% stake in the company.

“I invested in Twitter as I believe in its potential to be the platform for free speech around the globe, and I believe free speech is a societal imperative for a functioning democracy,” Musk wrote. “However, since making my investment I now realize the company will neither thrive nor serve this societal imperative in its current form. Twitter needs to be transformed as a private company.”

Morgan Stanley did not immediately respond to Rolling Stone’s request for comment regarding Musk’s SEC filing.