To those just starting out in the entertainment industry, achieving fame might seem like the ultimate goal and the key to happiness. However, fame isn’t all it’s cracked up to be. That’s according to actor Lucas Bravo, a breakout star in Netflix’s romantic comedy series Emily in Paris. In a recent interview, Bravo revealed why being famous is the “worst thing” that can happen to someone and shared the truth about his newfound “heartthrob” status.

According to IMDb, Bravo took on his first acting gig in 2013. In the following years, the Frenchman appeared in various shorts and TV mini-series. However, it wasn’t until 2020 when Bravo reached global star status.

Emily in Paris, now in its second season, features Bravo as a hunky chef named Gabriel and a love interest to the titular character, played by Lily Collins. Gabriel gets himself wrapped up in a love triangle with Emily and his girlfriend, Camille (Camille Razat), who also happens to be a close friend to Emily. As one can imagine, that makes for some awkward but hilarious situations.

After Emily in Paris Season 1, Bravo made his move toward the big screen. Two of his upcoming films, The Honeymoon and Mrs. Harris Goes to Paris, are currently in post-production. Meanwhile, Bravo is also filming Ticket to Paradise.

Why Lucas Bravo thinks being famous is the ‘worst thing’ 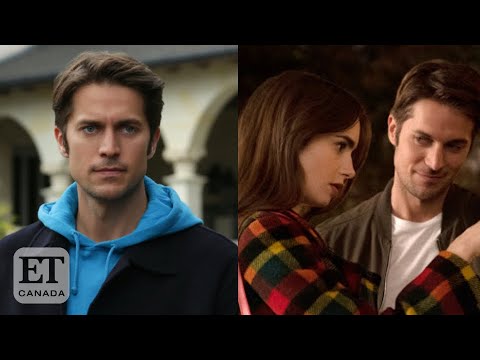 Emily in Paris seemingly made Lucas Bravo famous overnight and gave him the “heartthrob” label. But the actor does not want to be defined by his looks, as he revealed to The Times.

“I’ve been working for this for 10 years … feeling like you’re going in the right direction … Then I was just like a heartthrob overnight. It feels a bit rushed,” he explained. “Too much attention for the quality of work I provided. I think being famous is the worst thing that can happen to you. It’s just smoke. It doesn’t mean anything.”

Bravo added that the attention on his looks has made him “self-aware” of his flaws.

“Because when you think about that word [heartthrob] and the people it encapsulates, you see always a healthy, good-looking, ripped person — and I’m not that,” he continued. “I’m healthy, of course, but I can be overweight… All the little things that define who you are and make you human once you’re in that [heart throb] category are perceived like a flaw.”

Additionally, these high expectations have made it difficult for Bravo to take on more serious roles. He explained that he’s been typecast in roles like “the dumb gym teacher.”

“It’s hard to break that image,” the actor said. “I’m not complaining, of course, but it’s a reality.”

Bravo reveals his favorite way to escape the chaos of fame

At the end of the day, Bravo prefers to be out of the spotlight. Speaking to Vanity Fair in early December, he said, “there’s no world in which I feel comfortable in front of a wall of flashes.”

Instead, he’d prefer to be hiking on the island of Corsica, where his mother lives.

“You lie on the grass, the cows and wild horses, the lakes, where you can bathe naked, and the stars are … It’s perfect to disconnect, no service,” Bravo revealed. “It’s my spot.”

Fans of Lucas Bravo can see more of him in Emily in Paris Season 2, now streaming on Netflix.