Home » Celebrities » Emily Maitlis: Newsnight host speaks out to address criticism ‘I annoyed myself with that’

Emily Maitlis: Newsnight host speaks out to address criticism ‘I annoyed myself with that’ Newsnight host Emily Maitlis, 50, has owned up to a mistake she made while fronting the BBC show yesterday. The presenter addressed her error after a viewer complained about her use of the phrase “begging the question” during the programme.

They insisted the correct phrase is “raises the question” and added that they wanted this concept to be “explained” to Emily and her fellow presenter Jon Sopel.

Addressing the mishap on Twitter, the viewer said: “Someone please explain to @maitlis & @BBCJonSopel that ‘begging the question’ is a specific ethical concept in which an argument’s conclusion is forgone, and what they keep meaning to say is ‘raises the question’… #pendant.”(sic)

Emily agreed with the Twitter user’s comment and admitted she “annoyed herself” with her mistake at the time.

Retweeting the viewer’s post in view of her 403,000 followers, the star wrote: “Such a good point. 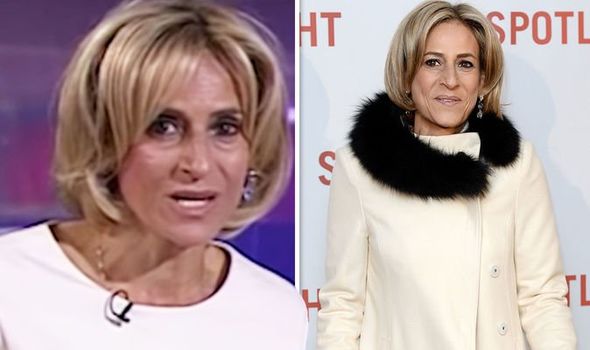 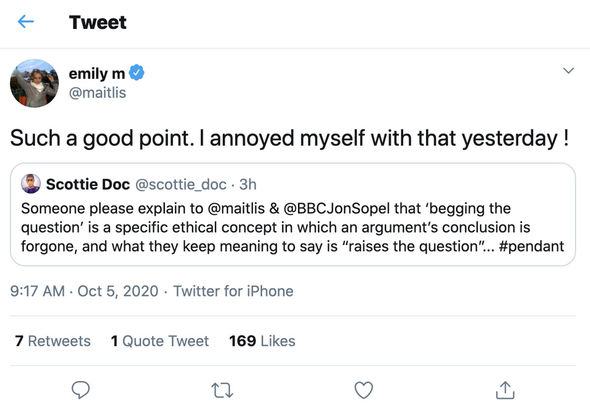 “I annoyed myself with that yesterday!”

One person wrote: “Yes! This misuse has been bugging me for years.”

Another added: “It’s Jon who does it most.” 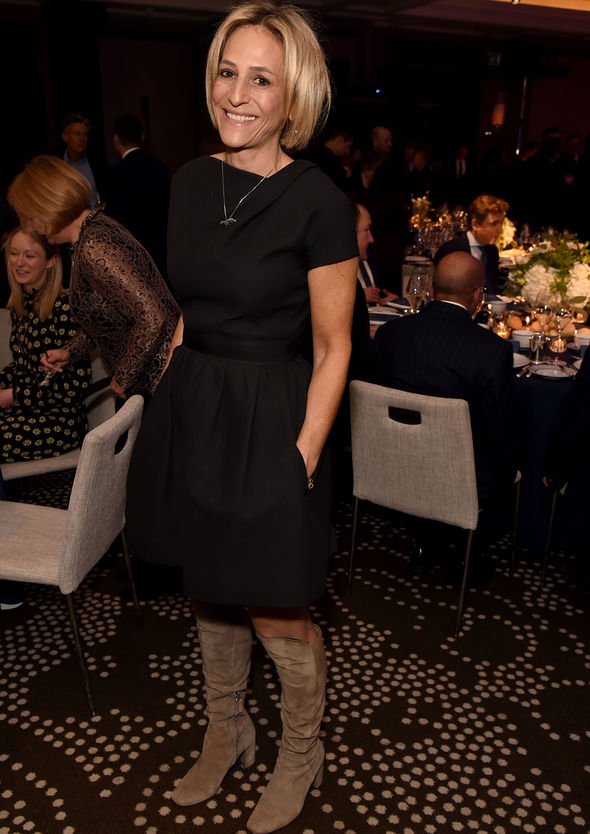 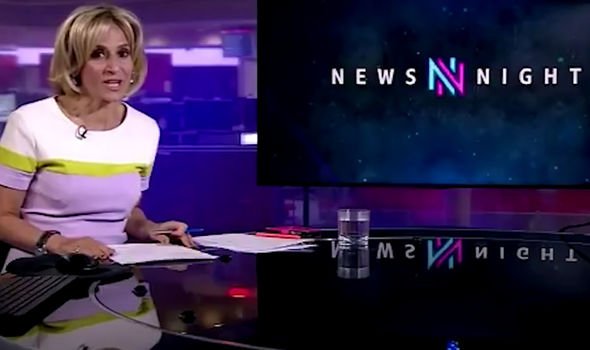 A third person replied while critiquing the viewer’s misspelling: “Sorry got to do this pedant not pendant. #pedant.”

A fourth fan commented: “Sadly, I think this ship left port and disappeared over the horizon long since.”

It comes after the journalist addressed another mistake she made while presenting Newsnight, after one Twitter user posted a video of the moment.

The BBC host was seen accidentally pronouncing Hull as “hell”.

The social media tweeted the gaffe, with the caption: “Hilarious! Forget the Prince Andrew interview, this is what you will be remembered for @Maitlis!

“#NewsnightFormer Health Secretary Alan Johnson joins us down the line from hell.”

In the video, Emily announces: “The former health secretary Alan Johnson joins us on the line from Hell,” before immediately recognising her error.

Emily acknowledged the footage and shared a funny comment about her mishap with her fans on Twitter.

The host tweeted: “For clarity I do know Hull is not hell.