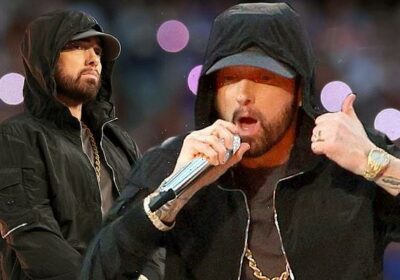 With the win, the legendary hip hop star now just needs a Tony award to reach the coveted EGOT status, which has been referred to as the ‘grand slam’ of show business.

There have only been 17 artists in the history of entertainment that have won all four ‘EGOT’ categories: Emmy, Grammy, Oscar and Tony. 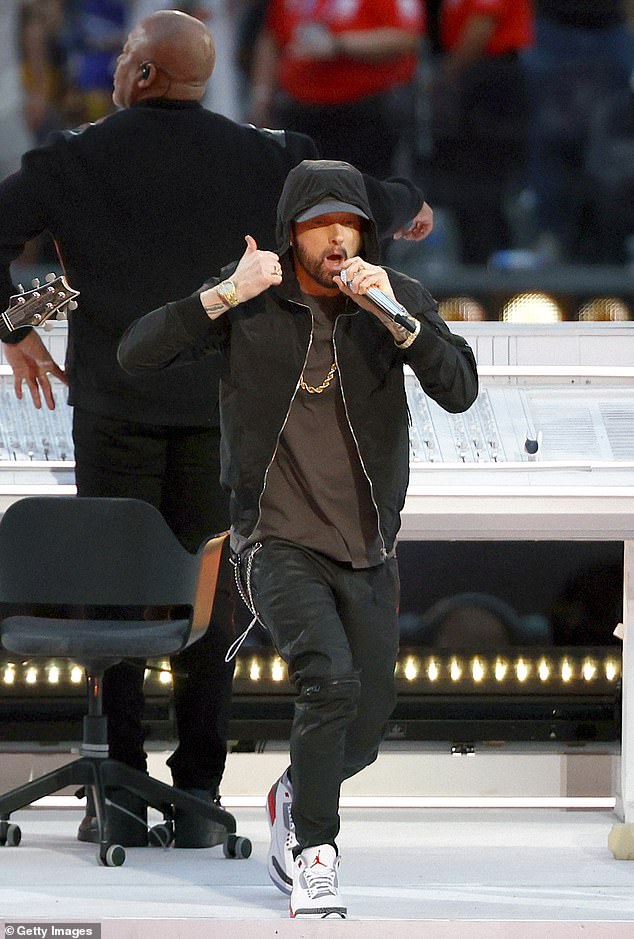 One shy of EGOT: Eminem, 49, won an Emmy award for Outstanding Variety Special during the 2022 Creative Arts Emmys held in Downtown Los Angles; rapper is pictured during the Super Bowl Halftime Show in February 2022

The Slim Shady rapper joined Dr. Dre, Snoop Dogg, Mary J. Blige, Kendrick Lamar and 50 Cent on stage during the halftime presentation of the Super Bowl that pitted the Los Angeles Rams against the Cincinnati Bengals at SoFi Stadium in February.

In all, the group of iconic entertainers delivered a bevy of hits from the various artists in a 12 minute montage.

He went on to take home an Oscar for Best Original Song in 2003 for Lose Yourself from the film 8 Mile. 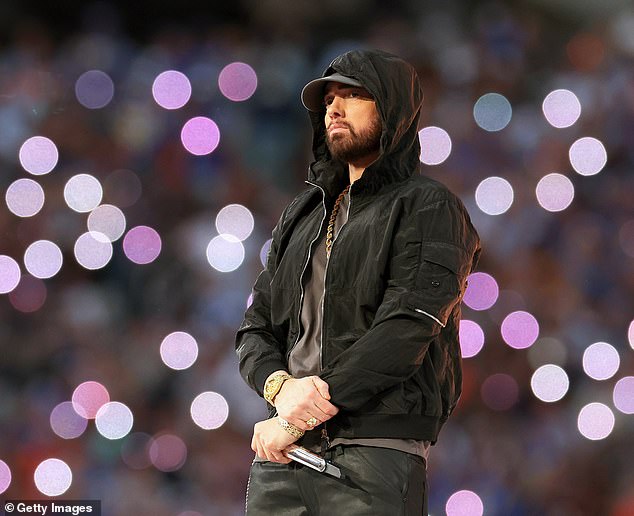 Other wins: The legendary rapper had previously won 15 Grammys and an Oscar for Best Original Song in 2003 for Lose Yourself from the film 8 Mile

With his Emmy on Saturday, the rapper still needs to win a Tony award, which honors the best in Broadway theatre.

Jennifer Hudson was last artist to be crowned an ‘EGOT’ winner when she scored a Tony Award this past June for her work as a producer on the musical A Strange Loop.

In fact, she has made history as the third Black EGOT winner, and the fifth woman.

Hudson earned the first three EGOOT elements with an Emmy Award for Outstanding Interactive Media For A Daytime Program as an executive producer on the animated film Baba Yaga in 2021; a Grammy as part of The Color Purple winning Best Musical Theater Album in 2017; and a Best Supporting Actress Oscar for her role as Effie White in Dreamgirls in 2007. 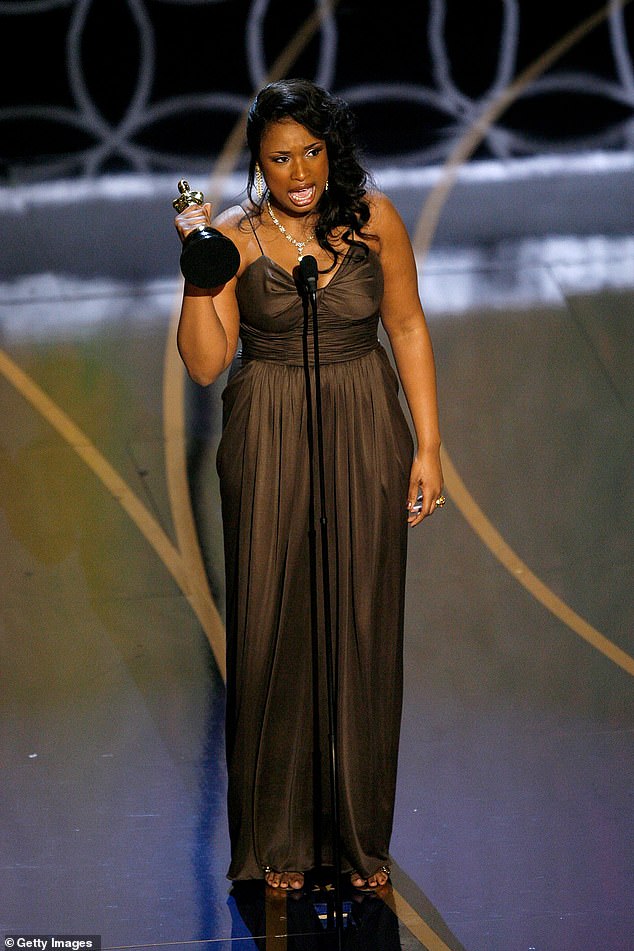 Last EGOT: Jennifer Hudson is the last artist to reach EGOT status when she won a Tony Award this past June for her work as a producer on the musical A Strange Loop; she’s pictured accepting her Best Supporting Actress Oscar on February 25, 2007 in Hollywood

The two-night Creative Arts Emmys ceremony will be edited down into one program that will air on FXX network and streams on Hulu next Saturday, September 10.

The live PrimeTime Emmy telecast will follow on Monday, September 12 on NBC. 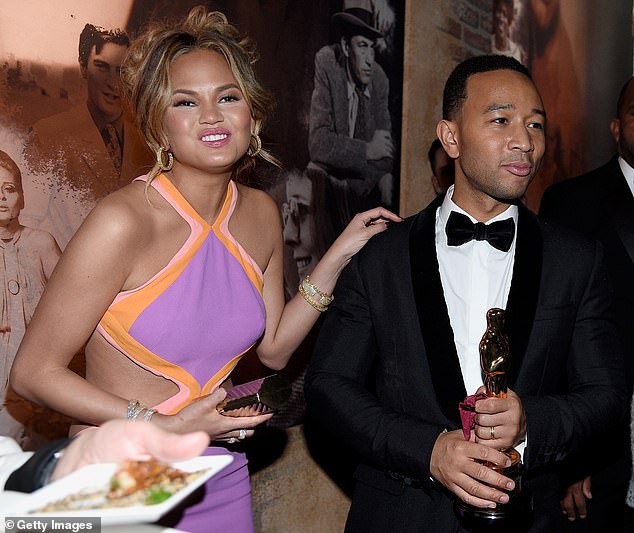 20th century EGOT: John Legend is also among the 17 musical artists to win all four elements of the EGOT: the musician is seen with his wife Chrissy Teigen after winning a Best Original Song Oscar for Glory from the film Selma

Outstanding Sound Mixing for a Variety Series or Special

Outstanding Host for a Reality or Competition Program

The Beatles: Get Back (Disney+)

Outstanding Directing for a Documentary/Nonfiction Program

Peter Jackson, The Beatles: Get Back (Disney+)

Outstanding Writing for a Variety Series