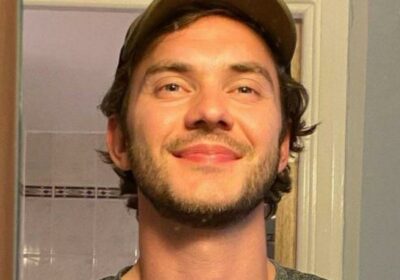 Emmerdale star Simon Lennon has opened up about his ITV soap exit and how it will help him cope with his OCD.

Simon, 27, has spoken out about his exit from the ITV hit soap after his character, Ben Tucker, was killed off this week.

During Thursday's episode, Ben rushed back into the Hop to help an unconscious Meena Jutla after his near escape with the incriminating video evidence needed to bring her down.

Unsurprisingly, Meena came out on top after she bludgeoned Ben to death with an oar and took back the damning video footage in chilling scenes.

The soap favourite has revealed that he didn’t mind being killed off and moving on from the show will help him deal with his obsessive compulsive disorder (OCD).

To get all the latest news on Simon Lennon, sign up for OK!'s daily newsletter here.

He told The Mirror: “The hardest part about acting is working together, making a new family and then leaving them.

"But it is also the start of new adventures. And for me, going to different auditions and not knowing what is coming up next is what I love most.

"I struggled with OCD when I was younger and had therapy. I’m not great when I am in a routine and have to break out.

"That’s why I’m so excited about being back in that world of auditions and working out what will happen next."

Detailing his OCD symptoms, Simon continued: “I had to touch the table with both hands a lot as a child.

"I always wanted to balance and tap things. I was quite academic and my brain works with numbers quite quickly. I was encouraged to go to university but turned down all my offers because my leanings were to be creative. "I love acting and it’s been brilliant playing Ben, who has such empathy.

"But, as viewers saw last night, the poor lad is also too nice and that ultimately leads to his downfall. I couldn’t have asked for a better finale."

The actor also chatted about his co-star Danny Miller, 30, who is currently entertaining viewers on I’m A Celebrity…Get Me Out of Here!.

Simon's character Ben was in a relationship with Danny's and Simon revealed he is enjoying watching his co-star on I’m a Celeb.

He said: “Out of all the trials, I really wanted to see him do the eating one as everyone struggles with it.

“Danny has such a bad gag reflex and it definitely did not help him when eating the fermented catfish!" If Simon has his way Danny will be facing a few more trials as the show continues.

He admitted: “I’m also going to keep on voting for Danny to do every challenge on I’m A Celebrity too!

"I think he will absolutely smash it out the park and I’m definitely rooting for him to win.”