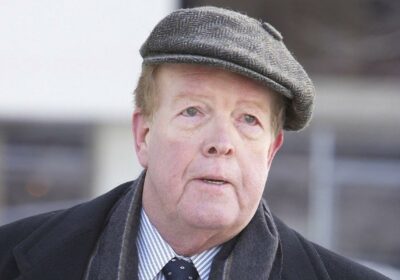 The actor, who was best known for playing surgeon Donald Anspaugh on the NBC medical drama, died on Monday, May 16 after a long illness, according to his agent.

AceShowbiz – “ER” alum John Aylward has passed away. The actor, who was best known for playing surgeon Donald Anspaugh on the NBC medical drama, died of natural causes at the age of 75 after a long illness.

John’s longtime agent, Mitchell Stubbs, confirmed that the actor died on Monday, May 16. In a statement to the press, Mitchell said, “John was a wonderful actor and a great friend to many. He was proud of his film and television work, although his life in the theatre was where he was the happiest.”

Upon learning of the sad news, many paid tributes on Twitter. One user in particular wrote, “RIP to the Great John Aylward, a true Seattle Theater icon. Truth be told, I can trace my love and desire to become a Shakespearean actor to a performance by John.”

A different individual penned, “John Aylward was a dear family friend. He was loud, goofy, & always a good time. He took me to the Chateau Marmont my first time in LA and famously told them ‘no, we don’t have reservations, but I’m just trying to give you some money.’ He will be missed.”

Seattle Repertory Theatre, meanwhile stated, “We lost a beloved member of our family this week, with the passing of company member John Aylward.” It added, “An accomplished and widely respected actor, John left an indelible mark on the theater community and on everyone he worked with over his long career. John, we will miss you dearly.”

John, who was born in Seattle on November 7, 1946, graduated from the actor’s training program at the University of Washington in 1970. Three years later, he founded the Empty Space Theatre. His first television gig was the 1976 telefilm “The Secret Life of John Chapman”.

John also appeared on the dramedy series “Northern Exposure” as well as films like “Seven Hours to Judgment” and “Teenage Mutant Ninja Turtles III” before starring in “ER”. He also appeared in the final season of “The West Wing”, portraying Barry Goodwin.