For 16 hours a week, Patti Murin plays a princess, who has an endless smile and a never-ending love for her sister. In real life, Murin is a “terribly positive person,” who has worked her life to get to this place: playing Anna on Disney’s Frozen, the Broadway musical.

Murin landed the role at the most unlikely time – and most emotional. After auditioning with a different creative team two years ago, she remained interested in the role. When the new team came in 2016, she was asked to come audition again.

“They had asked me to come back in for a mix and match and I had a miscarriage four days before, so I said ‘No,’” Murin, 37, tells Us. “I knew by saying no it could absolutely let Frozen go from my life forever but I wasn’t in a place to go. I was sort of in a mindset of starting a family and was like, whatever’s going to happen is going to happen. That’s that.”

That all changed a week later when she got a call that Caissie Levy was set to be Elsa and Disney asked again if she could come back to read with her. When she did, it was a done deal. 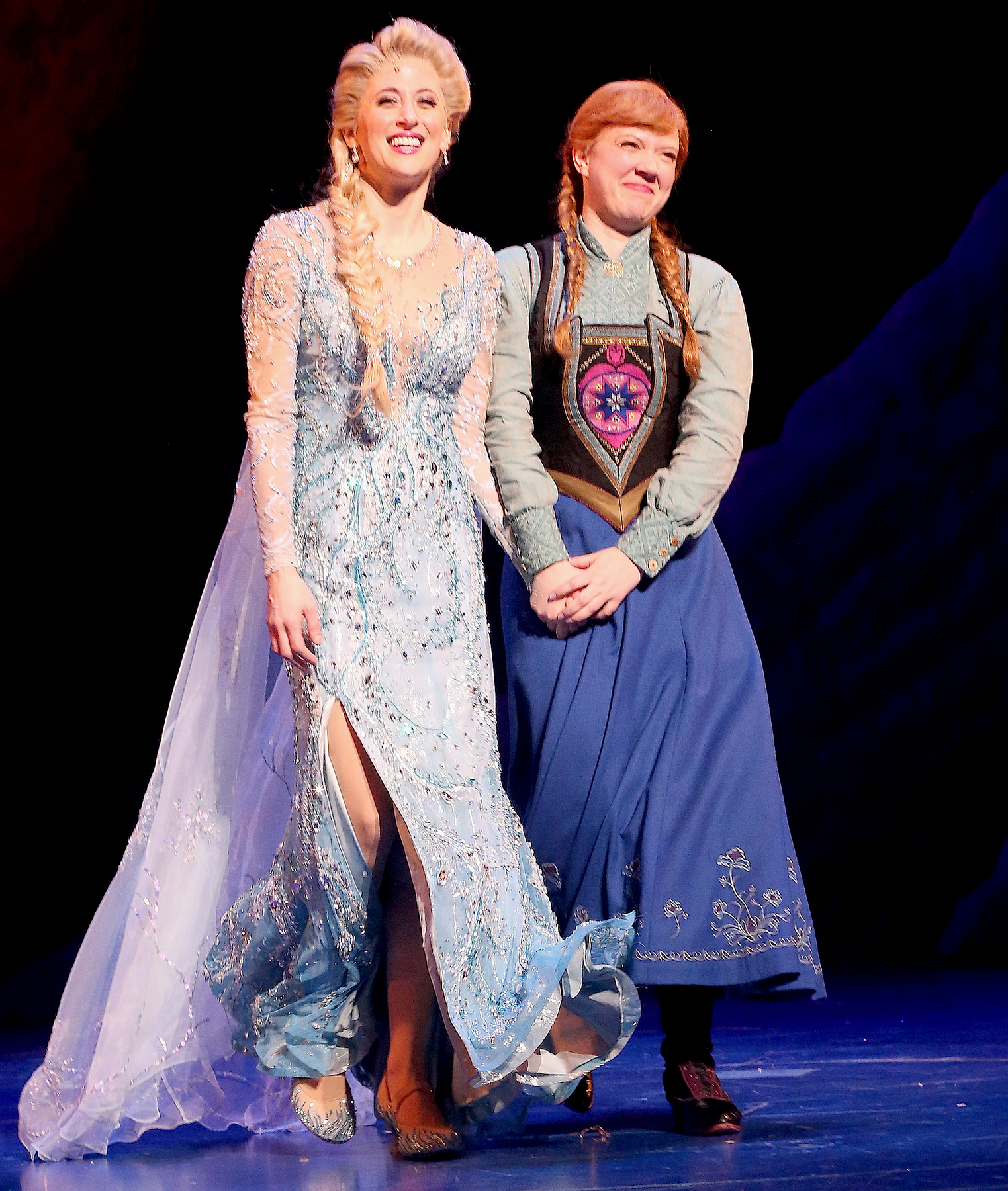 “It was probably the best feelings I’ve had in my life – making that decision to say, ‘No, maybe I’m gonna do something else,’” she continued. “It was an equally hard decision for both Colin [Donnell] and I, to say. ‘I’m actually going to go for this, is it OK if I put this on hold?’ It was an emotional couple of weeks. We weren’t trying to get pregnant at all. It was a complete surprise so that was also really traumatic if I was like … ‘I don’t know if I’m doing Frozen and then I was pregnant.’ There are periods in your life when you just graduate to the next level. I felt that way after my divorce six years ago. Then I started from scratch and got to know myself all over again. Honestly, the same kind of thing happened with Colin.”

Murin recently made headlines when revealing on social media she had to cancel her April 17 show due to an anxiety attack. While she has never had to cancel a show, she’s suffered with depression and anxiety for some time, she tells Us.

“When I have a bad day, it’s not about things going wrong. I’ve been very open about it that I suffer from depression, anxiety and panic attacks. The theater is sort of my safe place because of the people who are there, surrounding me and supporting me,” she tells Us, even pointing out that one day, Levy, who plays Anna’s sister Elsa in the Disney show, once let her sleep in her bed and made her soup after she had a massive panic attack. She also says her cast and stage managers are always understanding and helpful.

“Knowing that they are taking care of me, that is the only thing that I can focus on, what I really truly needed,” Murin adds. “Most of my days are pretty great, and my bad ones are pretty terrible. When you get to go in and do Frozen, it’s kind of a relief to step into Anna’s shoes and get to go through her journey.”

Luckily, Murin has good shoes, too. She has the support of husband Donnell, who she’s currently in a long-distance relationship with. Donnell is a regular on NBC’s Chicago Med, but does come to New York as often as possible, even if it’s just for the weekend. “Right now, we FaceTime a lot. We watch Walking Dead on FaceTime together,” she says.

As for starting a family, they do plan on doing that soon. “When time comes to renegotiation for Frozen, we’ll figure it out. We’re committed to this year and then we’ll go from there,” she says. “It’s definitely high on the priority list for sure.”

Disney’s Frozen the Musical is currently running on Broadway at the St. James Theater.