Gemma Collins looks VERY glamorous as she tucks into a McDonald's 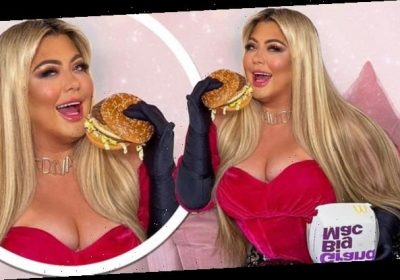 She’s been known to enjoy a McDonald’s in the past, even rushing to grab a meal to deal with the stress of a third national lockdown in October.

And Gemma Collins put on a very glamorous display as she lounged on her pink sofa and tucked into the company’s new Grand Big Mac on Wednesday.

The reality star, 40, got all dressed up for her midweek fast food treat, sporting a busty pink velvet top and sequinned skirt. 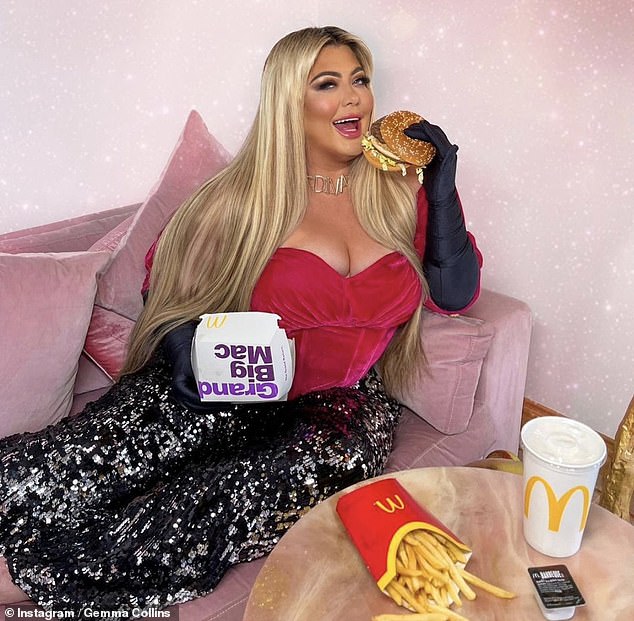 She’s Lovin’ it! Gemma Collins put on a very glamorous display in a sequinned skirt and pink top as she tucked into a McDonald’s Grand Big Mac on Wednesday

Gemma, who went vegan for some of 2020, beamed a smile as she posed with the burger approaching her perfectly made-up face in the cheeky Instagram snap.

She wore her long blonde locks down and styled poker straight, letting them cascade over her shoulder as she posed up a storm on the sofa.

The star seemed to have gone all out for her tasty midweek dinner, treating herself to a meal from McDonald’s with fries, a drink and BBQ sauce, waiting on her table. 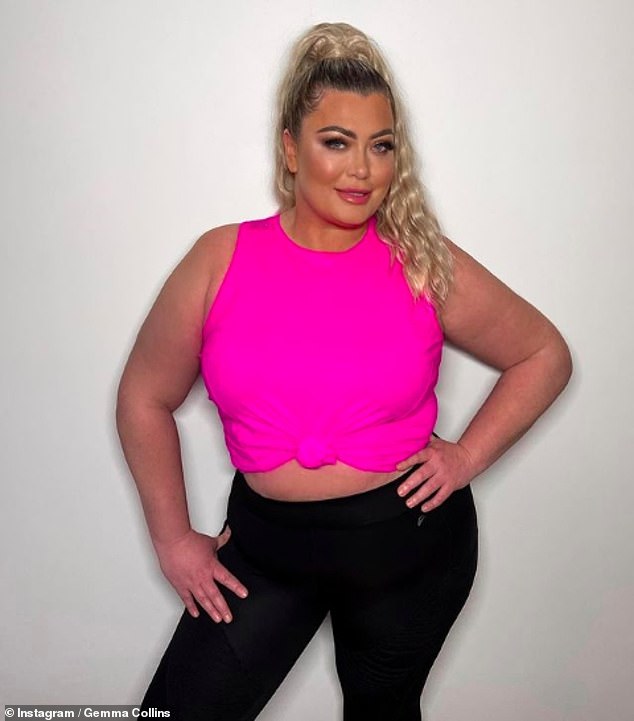 Claims: It comes after a source claimed that Gemma ‘would be destroyed’ if her on-off beau James Argent relapses again after pinning ‘all her hopes and dreams’ on their reunion working

Making it clear her post was an ad, Gemma penned that the ‘GC had to give it the GRAND ENTRANCE it deserves!’

She added: ‘Just because we can’t go out doesn’t mean we can’t dress up! Love and sparkles always baby! What could possibly be better than a Big Mac? A BIGGER Big Mac.’

It comes amid claims Gemma ‘would be destroyed’ if her on/off beau James Argent relapses again after pinning ‘all her hopes’ on their reunion working.

The media personality and her former TOWIE co-star, 33, who has candidly spoken about his drug addiction in the past, are thought to have rekindled their romance in recent weeks after an explosive public split last year.

However a source has now claimed that Gemma is ‘scared’ about the possibility of Arg having a relapse, especially as this would affect her dreams of having a baby. 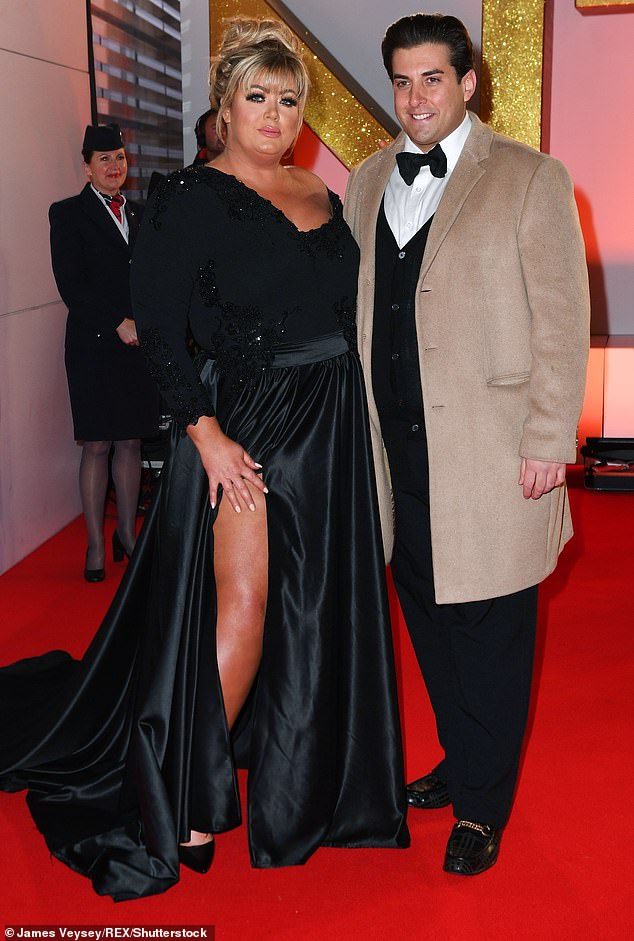 Giving it another go: The couple are thought to have rekindled their romance in recent weeks after an explosive public split last year (Gemma and James Argent together in 2019)

A friend of the star told Closer: ‘All her hopes and dreams are pinned on this new reunion with Arg… she is still scared that he could relapse again.

‘That would cast serious doubt on her achieving her baby dream, and those who care about her worry that would destroy her after everything she has been through for him.’

However they added that Gemma believes their relationship will work out this time for two reasons, with the first being that Arg has been in therapy to ‘work on getting to the root of his issues’.

They added: ‘The second is that Gemma is convinced Arg has re-evaluated his future and he now sees a wife and children as priority.’

MailOnline has contacted Gemma and James’s representatives for a comment.

Gemma recently proclaimed 2021 is ‘her year’ and she is hoping to end it with a ‘gigantic yellow diamond’ and a baby during an interview with The Sun.

She said: ‘I feel very settled in my 40s. I think this is Gemma’s year. I’ve overcome a lot. I just feel I’m ready for a baby. I’ve had an amazing career the last 10 years. I’ve now got my house. I’m settled, so I’m ready for action!

Gemma explained she has been having tarot card readings with a woman named Emma who told her to expect big things in the coming months.

The star said: ‘She says I’m definitely going to have a baby this year and I’ll definitely get a ring on my finger. It had better be a big one. I want a yellow diamond. A huge one. A gigantic one!’

The reality star sat down for an emotional interview with Piers Morgan’s Life Stories, which aired on ITV, and confessed that when Arg hit rock bottom over Christmas of 2019, she considered taking her own life. 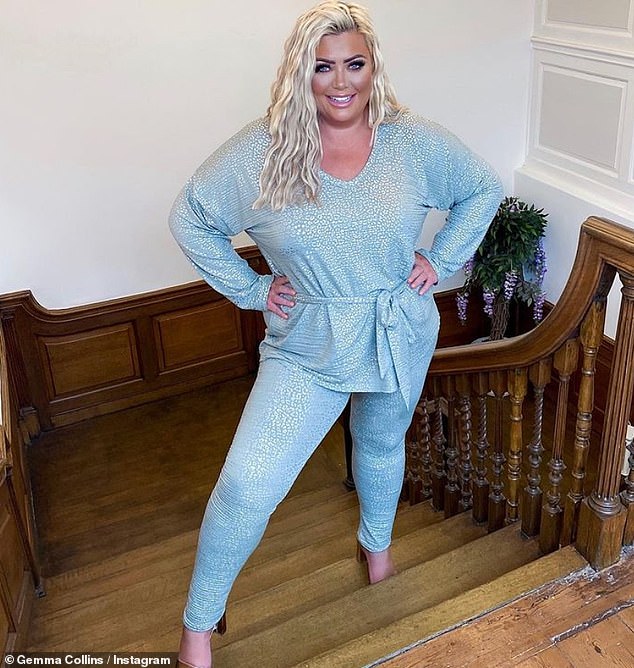 Big plans: Gemma recently proclaimed 2021 is ‘her year’ and she is hoping to end it with a ‘gigantic yellow diamond’ and a baby