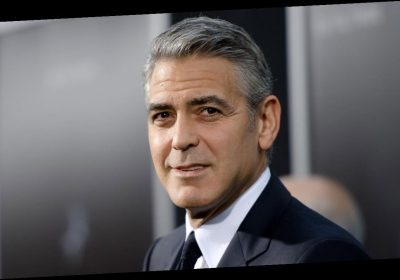 George Clooney is speaking out against President Donald Trump and his family. In an upcoming episode of KCRW’s The Business podcast (via The Hollywood Reporter), the 59-year-old actor slams the president and his family for their role in inciting the MAGA faithful’s violent riots on Capitol Hill.

“This puts Donald Trump, Donald Trump Jr. Ivanka, all of them, into the dustbin of history,” Clooney said, referencing the president and two of his five children. “That name will now forever be associated with insurrection.”

Clooney went on to note how “devastating” it was to “watch the People’s House being desecrated in that way,” before reflecting on why this is the moment some Republicans have chosen to break their loyalty to the president.

“Even to the point of calling the Secretary of State in Georgia and pressuring him,” Clooney continued of a leaked phone call in which Trump asked Brad Raffensperger to “find” more votes that would win him the state over President-elect Joe Biden. “None of that seemed to matter. This mattered.”

Clooney ended his comments by trying to find a bright side to the situation.

“If this is what it takes to set us on the right path, I think that, not that it’s worth it, it’s not worth it in any shape or form, but at least we should find something hopeful to come out of some of this disaster,” he said.

Watch the video below to see how other celebs reacted to the riots.