Olivia de Havilland turns 104! Gone With the Wind actress is one of the last remaining true stars of Old Hollywood

She is considered to be one of the last true stars of Old Hollywood, and on Wednesday, Olivia de Havilland turned 104.

The British-American Dame is perhaps best-known for her role as Melanie Hamilton in Gone with the Wind (1939), for which she received her first of her five Oscar nominations.

Olivia – sister of actress Joan Fontaine – went on to win two Best Actress Oscars for To Each His Own (1946) and The Heiress (1949) respectively, and her life and career is still captivating to the entertainment industry to this day. 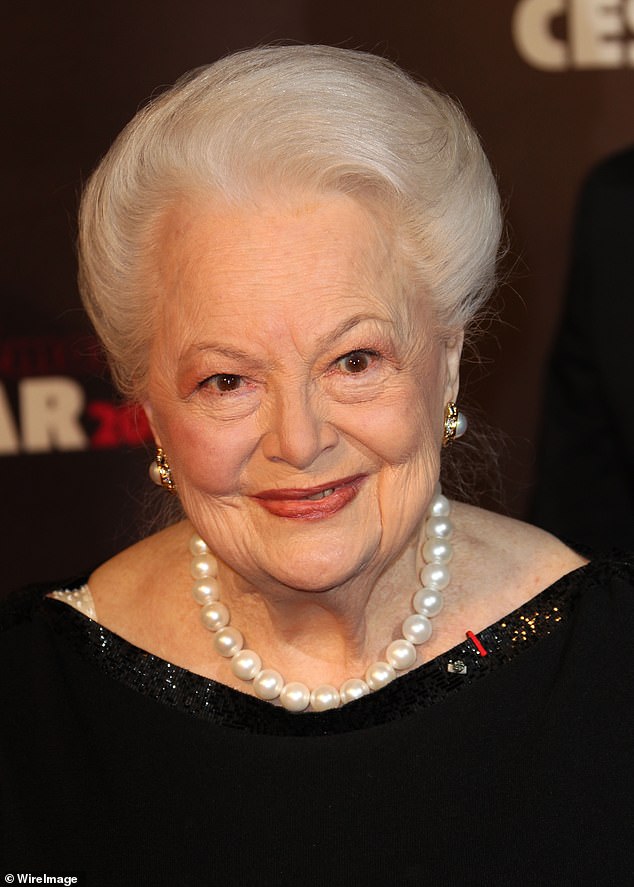 Olivia de Havilland turns 104! Gone With the Wind actress (pictured above in 2011 at the 36th Cesar Awards in Paris) is now the last remaining true star of Old Hollywood

Gone with the Wind recently hit the headlines after HBO Max removed the picture from its service, before re-adding it with a few additions including a new introduction discussing the film’s controversial depiction of slavery in the South.

Meanwhile, in 2018, Olivia famously took legal action against FX and Ryan Murphy, after she said that Murphy never sought her permission to depict her or use her name in his drama Feud: Bette & Joan.

The eight-episode series about Joan Crawford and Bette Davis saw Olivia played by fellow Oscar-winner Catherine Zeta-Jones, however, the lawsuit was later dismissed. 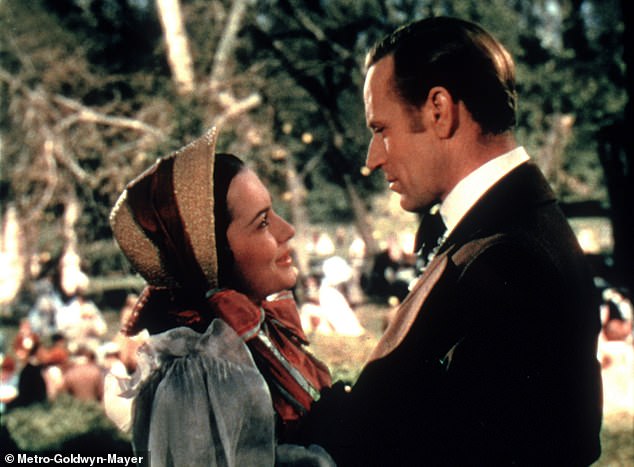 Golden era: The British-American Dame is perhaps best-known for her role as Melanie Hamilton in Gone with the Wind (1939)

Interestingly, Olivia is said to have had her own feud with actress-sister Joan, who was born Joan de Beauvoir de Havilland, which could certainly give Murphy something to chew over for his next project.

To promote her 1978 memoir, No Bed of Roses, Joan said: ‘You can divorce your sister as well as your husbands. I don’t see her at all and I don’t intend to.’

She also added, ‘I got married first, got an Academy Award first, had a child first. If I die, she’ll be furious, because again I’ll have got there first!’ 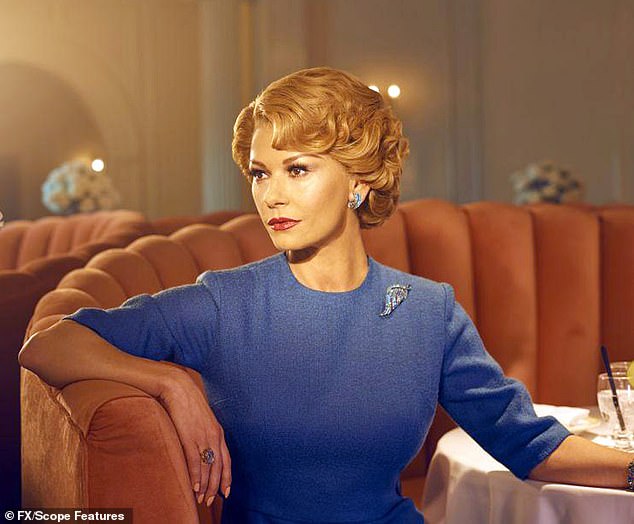 Portrayal: Fellow Oscar-winner Catherine Zeta-Jones played Olivia in Ryan Murphy’s hit series Feud, although the actress was not happy that FX failed to seek her permission over the show 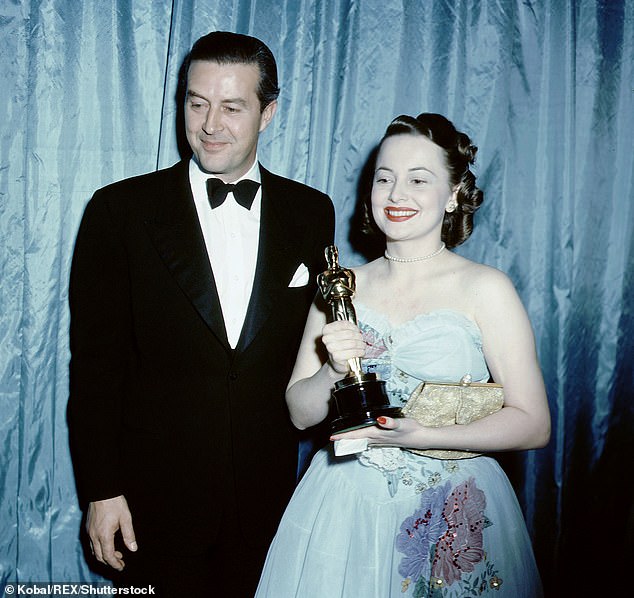 Hollywood royalty: Olivia one two Best Actress Oscars for To Each His Own (1946) and The Heiress (1949) respectively

Olivia looked radiant in 2011, when she attended the 36th Cesar Awards – the French Oscars – at the Theatre du Chatelet in Paris.

Her acting career spanned six decades and continued into the late eighties, and she played Queen Elizbaeth, The Queen Mother in the American TV movie The Royal Romance of Charles and Diana in 1982. 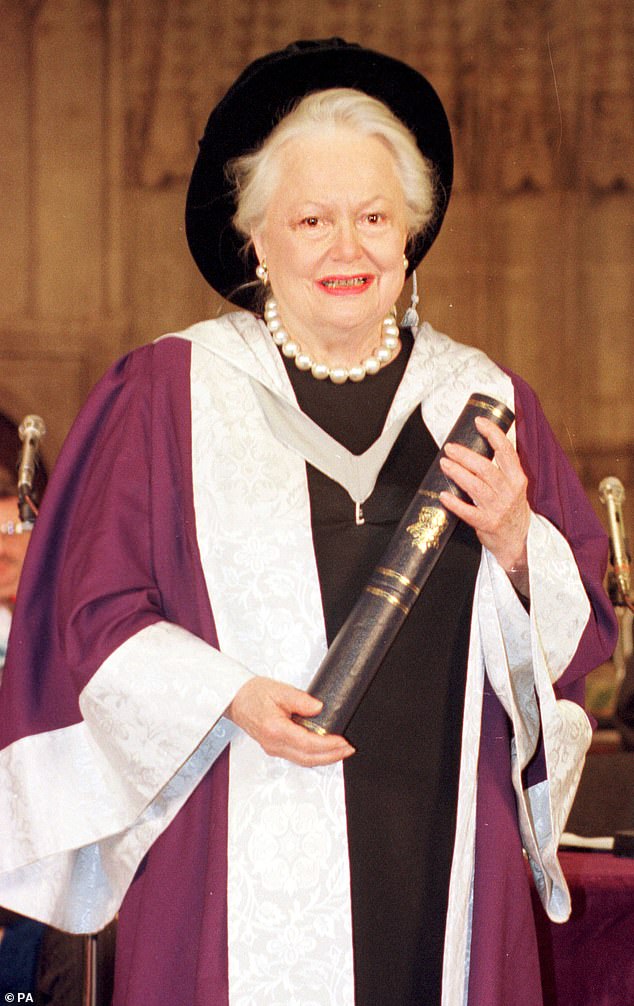 Honors: Olivia pictured holding her Honorary Degree of Doctor of Letters certificate, awarded by the University of Hertfordshire, Hatfield

Her first child with Marcus, a son named Benjamin Goodrich, died at the age of 42 of heart disease brought on by his suffering with Hodgkin’s disease.

She had her second child, daughter Gisèle Galante, with husband Pierre, who was executive editor for the French journal Paris Match. Olivia’s marriage to Pierre meant a relocation to Paris where she remains to this day.

In 2017, Olivia became the oldest individual to be named a Dame.

Talking about the honor at the time, Olivia said in a statement that she was ‘extremely proud that the Queen has appointed me a Dame Commander of the Order of the British Empire.’ 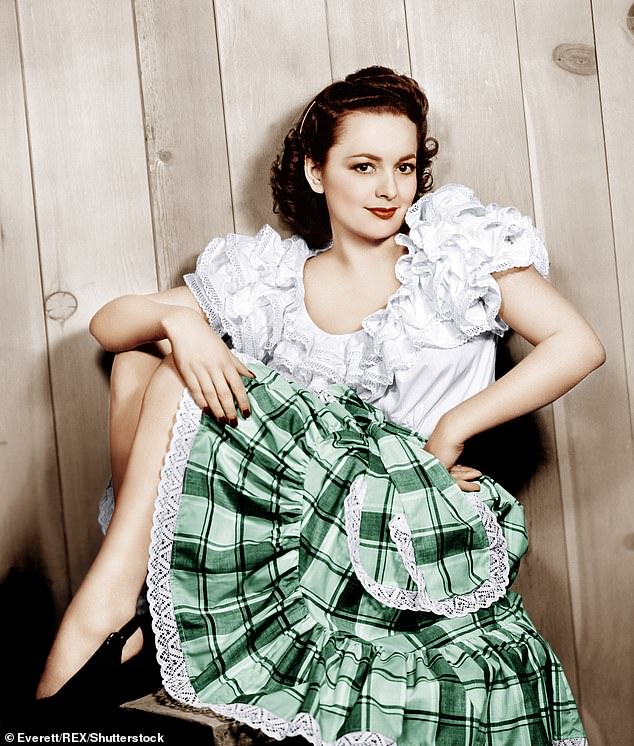