The chef’s fiancé, John Michael Keyser, told the website that “her heart gave out” while she was being treated at a local hospital for colitis, which is a disease that causes inflammation in the digestive tract.

“We were planning to open a restaurant together,” Keyser said. “My heart is breaking.” 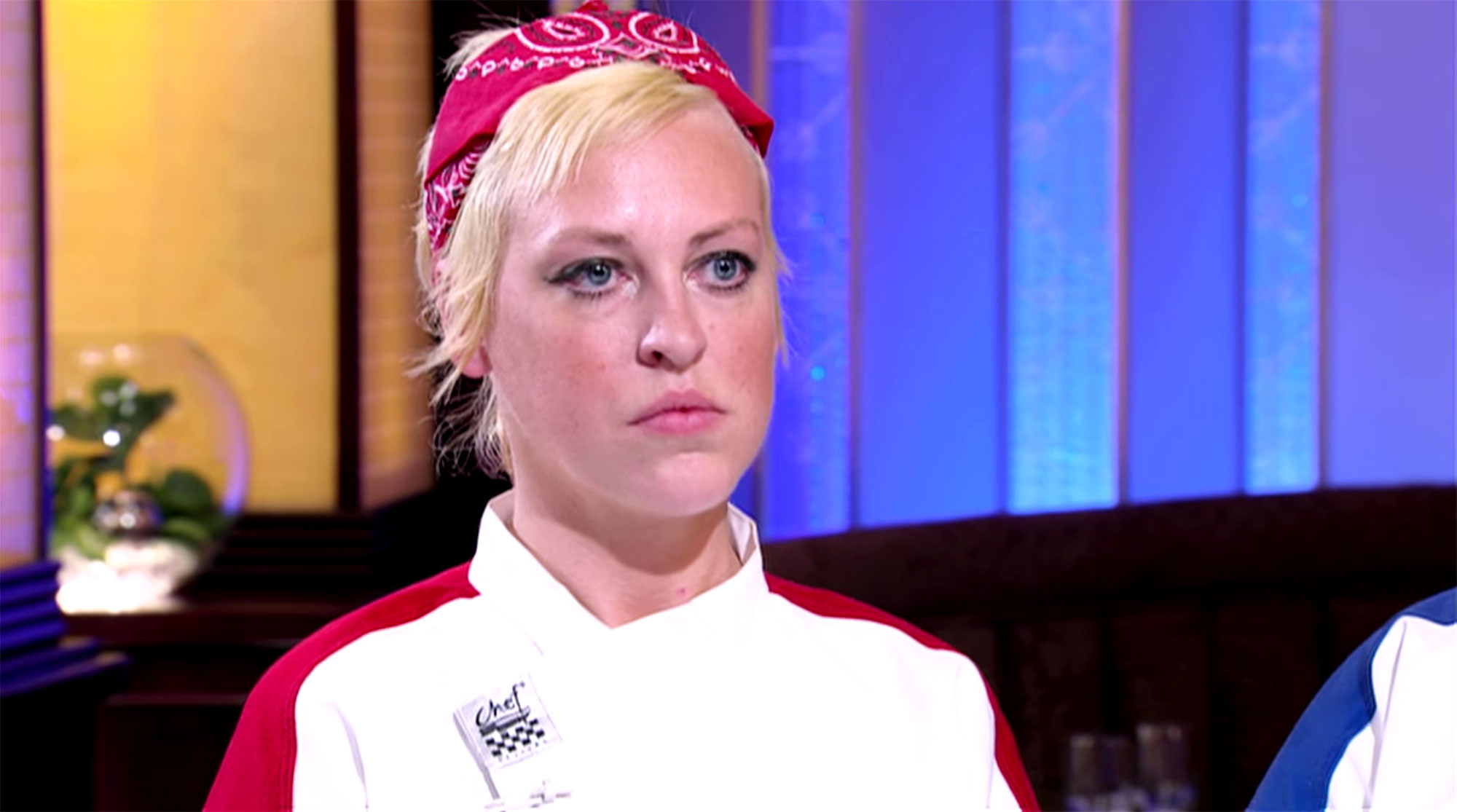 Vogel studied culinary arts at Johnson & Wales University in Denver. She started her career by working in the kitchen of Kevin’s Thyme in Ho-Ho-Kus, New Jersey, before becoming a pastry chef at Grange in Westwood and Christine Nunn’s Picnic on the Square in Ridgewood. She then worked as an executive chef at Black Rebel Burger in Hackensack from March 2016 until the restaurant permanently closed its doors the following February.

The foodie was best known for her appearance on Gordon Ramsay’s Fox reality series in early 2014. She finished in 12th place. At the time, she lived in California and worked at a creperie and bakery.

“When she set her mind on something there was no way to stop her,” read her obituary on Legacy.com. “Jessica was fearless when it came to work, never backing down from a challenge.”

Vogel’s family said in her obituary that she had battled issues with alcohol and drugs over the years. “She recently committed to living a better life and had graduated from an inpatient rehabilitation program with hopes of regaining control of her life,” they said. “Unfortunately, the damage done over the years was too great and she died, like she lived, a fighter.”

Vogel is survived by her parents, Donna Bruchmann and Mark Vogel, and her sister, Caitlin Johnstone.