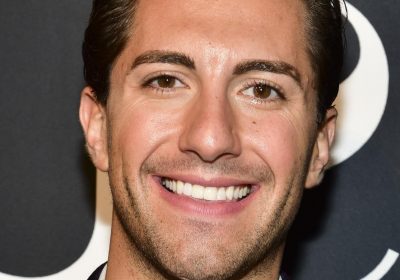 For decades, details about “The Bachelor” and “The Bachelorette” salaries have been a topic of interest. This is likely because more often than not, anyone who has joined the franchise has also had the opportunity to transform their lives and start new careers as reality TV personalities. Just look at “Bachelor” stars Nick Viall, Ashley Iaconetti, and Colton Underwood, who went on to create podcasts, become Instagram influencers, and write best-selling books.

Now, this may come as a surprise — but “Bachelor” and “Bachelorette” contestants do not get paid for their time on the reality franchise. Instead, it’s only after they’ve joined Bachelor Nation that they have the chance to earn a pretty hefty penny. According to Dean Unglert, who appeared on Rachel Lindsay’s season of “The Bachelorette,” he was able to negotiate a big salary bump when he joined the cast of “Bachelor in Paradise” in 2018.

He shared details about his time on the show on “Bachelorette” alum Jason Tartick’s “Trading Secrets” podcast May 24: “They hit me up and they were like, ‘Hey, do you want to do ‘Bachelor in Paradise,’ this other show that pays $400 a day, and you could be there for up to 30 days,’ something like that.” However, after talking to friends, he realized he could make more money. As it turns out, the leads of “The Bachelor” and “The Bachelorette” are paid even more!

Keep scrolling to find out how much Jason Tartick was offered to become “The Bachelor” in 2019.

Jason Tartick missed out on a a six-figure payout

Just like Dean Unglert, “Bachelorette” star Jason Tartick — who appeared on Becca Kufrin’s season of “The Bachelorette” — was also offered lots of money to join the cast of “Bachelor in Paradise.” Though he never appeared on the summer reality series, the salary pales in comparison to what he was offered to be the lead on “The Bachelor” Season 23. During his podcast May 24, he revealed he was considered for the role, which would have earned him a whopping $100,000. The job ultimately went to Colton Underwood, and Jason never went on to appear in any other post-“Bachelor” show. However, he still felt like it was important to be transparent when it comes to salary details.

“I think we live in a system that forces us to not talk about money because it puts those at the top in a better position,” Jason told Us Weekly. “The idea is to break that stigma and to get really comfortable talking about this.” He added, “The more that we can tell our stories, the better we’ll be in a position to learn.”

According to Reality Steve (via Marie Claire), $100,000 is the average salary for most “Bachelor” and “Bachelorette” leads. But per Insider, it’s possible to negotiate more money, as “Bachelorette” Season 8 star Emily Maynard was reportedly paid $250,000 for her season.