Hilaria Baldwin confesses she wants more kids with Alec Baldwin after devastating miscarriage: ‘They’re my favorite things in the world’

She’s already a mom to four children under the age of six.

But Hilaria Baldwin isn’t done yet, as she divulged this week that she’d love to expand her brood with husband Alec Baldwin.

Speaking to People at the 23rd Annual Ace Awards in New York City, the wellness expert, 35, said of her kids: ‘They’re my favorite things in the world so why not?’ 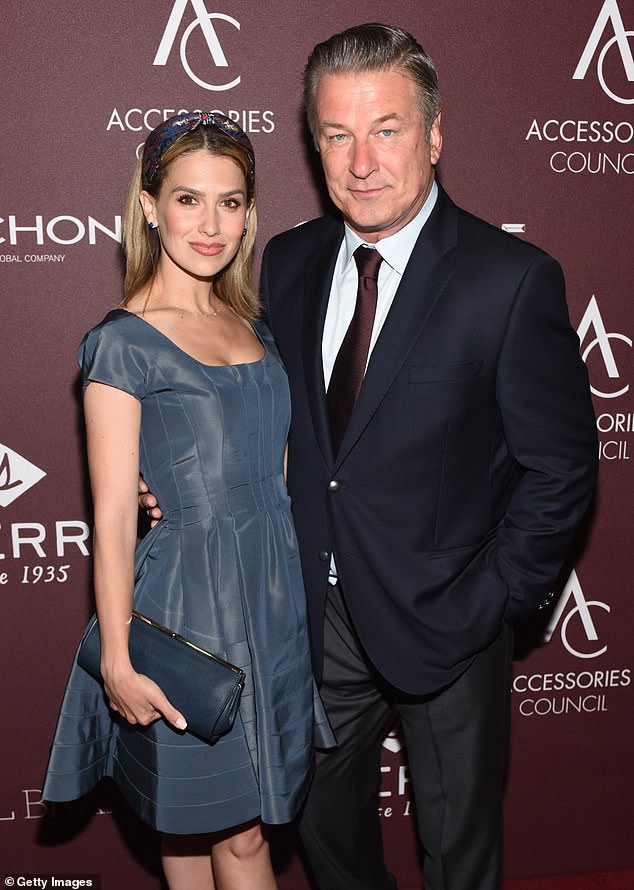 Proud parents: On Monday, Hilaria Baldwin divulged exclusively to People at the 23rd Annual Ace Awards in New York City that she and her husband, actor Alec Baldwin are looking to grow their brood

At the event, the Baldwins were spotted in good spirits and dressed to the nines – Hilaria, in a dusty blue frock with an A-line hem and her husband in a slick navy-blue suit.

Hilaria got personal with her followers in April when she confirmed that she had a miscarriage after getting pregnant with the couple’s fifth child in an Instagram caption.

‘THERE WAS NO HEARTBEAT TODAY AT MY SCAN … SO IT’S OVER …’ she captioned a family photo. 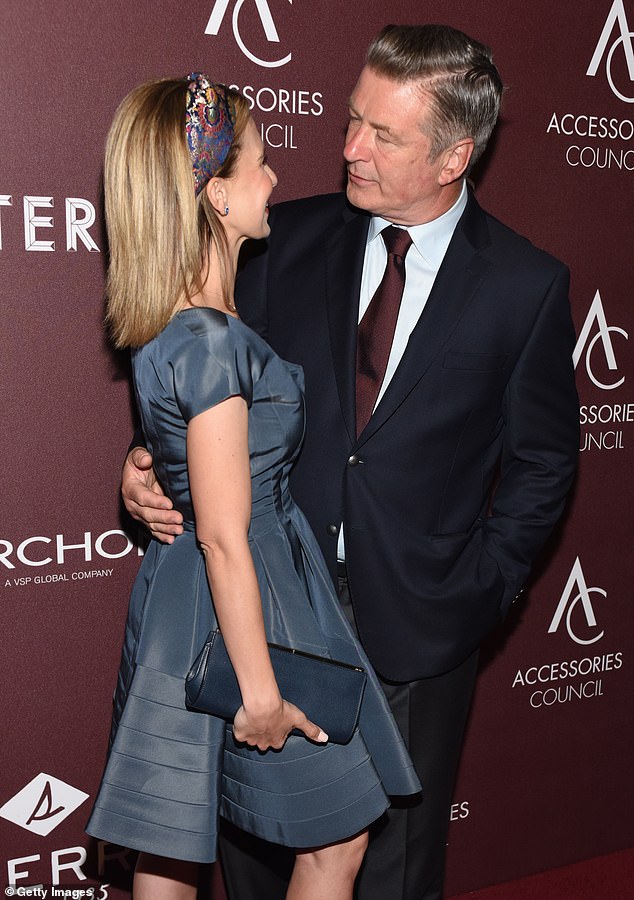 Cleaned up: The Baldwins were spotted in good spirits and dressed to the nines at the 23rd Annual Ace Awards on Monday – Hilaria, in a dusty blue frock with an A-line hem and her husband in a slick navy-blue suit 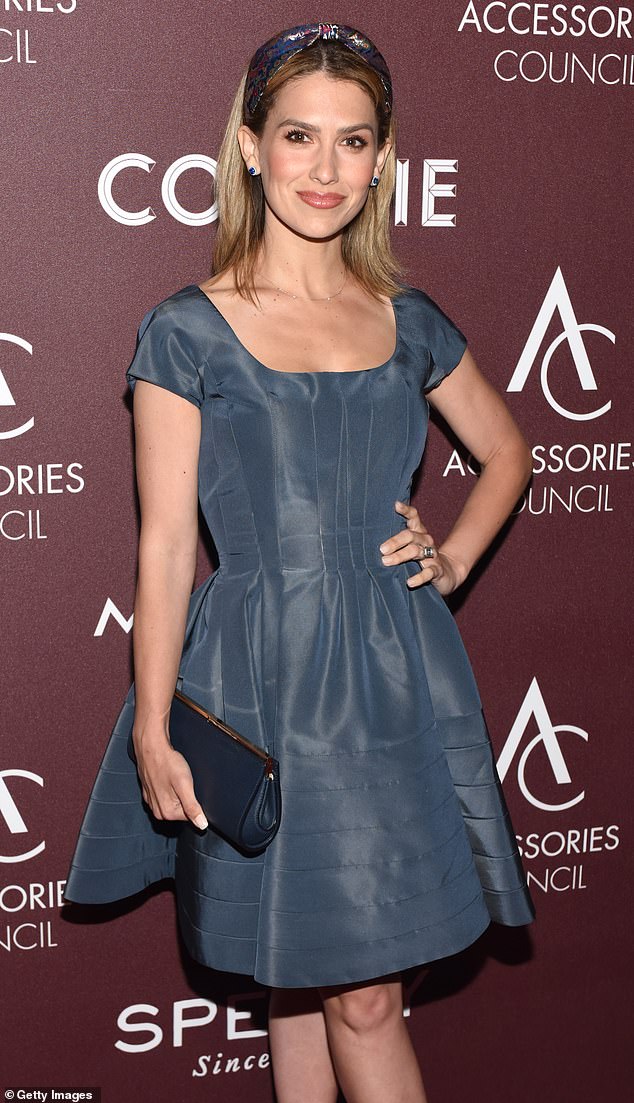 Sitting pretty: Hilaria accessorized her dress with an elegant matching clutch at the 23rd Annual Ace Awards on Monday

‘I AM SURROUNDED BY SUCH LOVE AND I FEEL SO FORTUNATE … THANK YOU ALL FOR LISTENING, FOR YOUR SUPPORT, AND FOR SHARING YOUR OWN PERSONAL STORIES. WE ARE STRONGER TOGETHER,’ she continued.

She had been preparing her audience for the news since the start of the month, posting a shot of her lingerie-clad body with the caption: ‘I HAVE NO SHAME OR EMBARRASSMENT WITH THIS EXPERIENCE. I WANT TO BE A PART OF THE EFFORT TO NORMALIZE MISCARRIAGE AND REMOVE THE STIGMA FROM IT.’

When asked if the recent miscarriage would dissuade her from pregnancy, Hilaria told People: ‘I’m definitely not going to end on that note. I’m going to do my very best.’

Open book: In an effort to erase the stigma surrounding miscarriage, Hilaria shared this intimate photo with a caption detailing her thoughts in April

Baldwin, 60, confirmed his wife’s wishes to Ellen DeGeneres on a February episode of her show.

‘I think she wants one more,’ he told DeGeneres.

‘She wants to have a girl. She wants Carmen to have a little sister,’ he added. 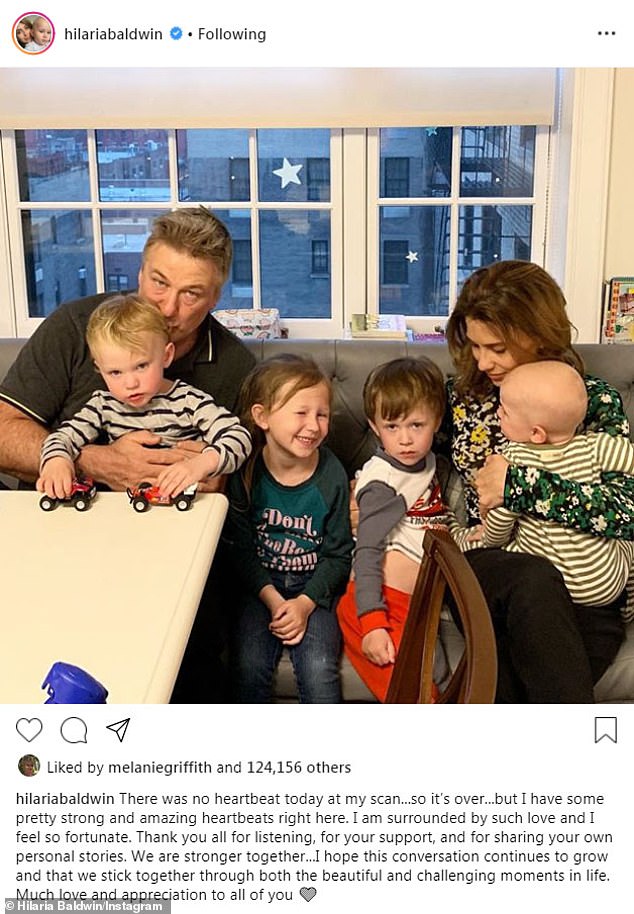 The pair already has their hands full with Carmen, five, sons Romeo, one, Leonardo, two, and Rafael, three