Hilaria Baldwin posts a photo with her 'squad' of six children 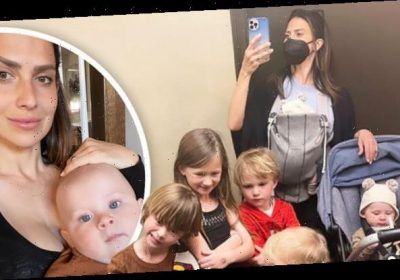 Hilaria Baldwin shared a snap on Wednesday with her ever-expanding brood of children that currently stands at six.

The 37-year-old wife of Alec Baldwin most recently welcomed newborn Maria Lucia via surrogate in late February but has remained mum on the details, with a source telling People ‘it’s no one’s business.’

Referring to her Baldwinitos as her ‘squad,’ the yoga instructor shared a glimpse at the chaos that comes with trying to wrangle so many young kids for a photo. 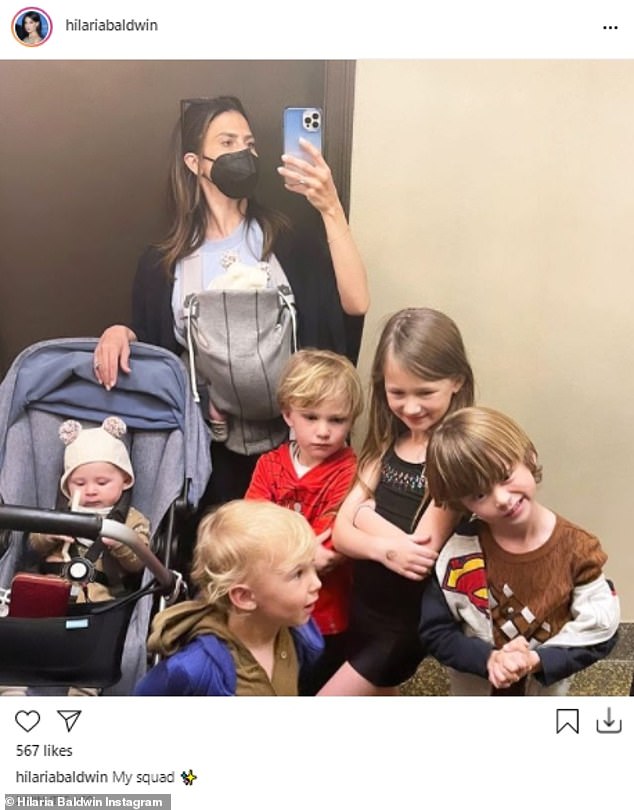 ‘Squad’: Hilaria Baldwin, 37, shares a snap with her ever-expanding brood of six kids and refers to them as her ‘squad’

Fresh from a workout at Physique57 she returned to she and Alec’s NYC apartment in pleather leggings and a blue T-shirt.

She strapped Maria to her chest and six-month-old Edu was seated in a stroller. Other kids Carmen, seven, Rafael, five, Leonardo, four, and Romeo, two, stood in front of her.

Hilaria’s news that she and Alec had welcomed a sixth child mere months after she gave birth to Edu rocked the internet, coyly announcing the news on Instagram with a caption that said ‘7.’

As it was inconceivable she could have welcomed another child just six months after Eduardo’s birth, fans deducted that she must have used a surrogate. 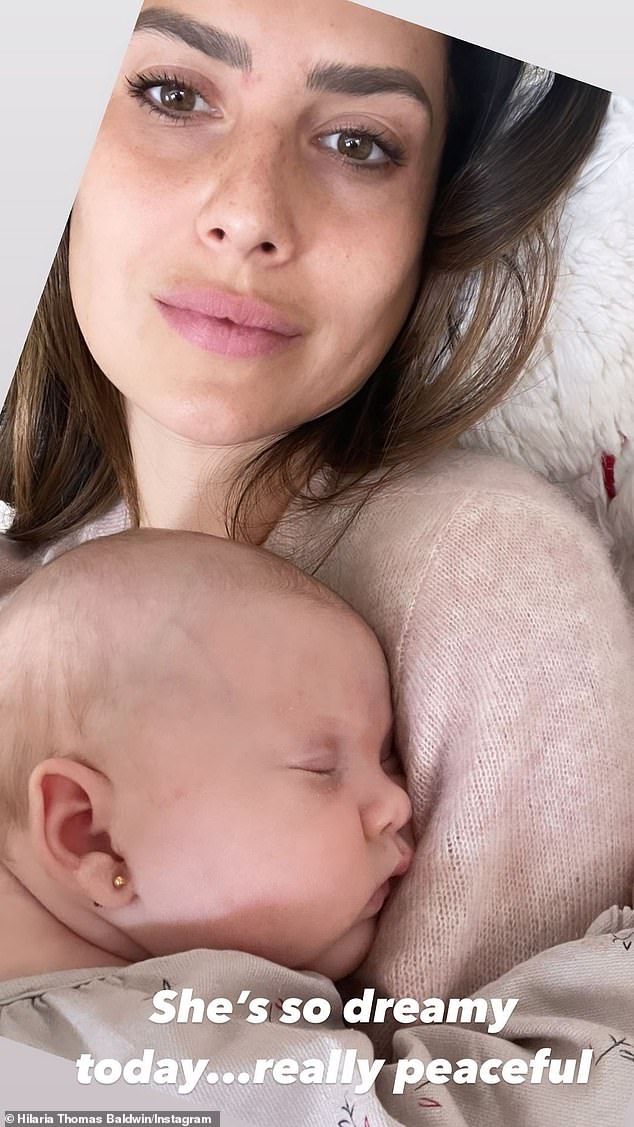 Maria: She and Alec had tried to have a second daughter back in 2019 but she suffered a miscarriage 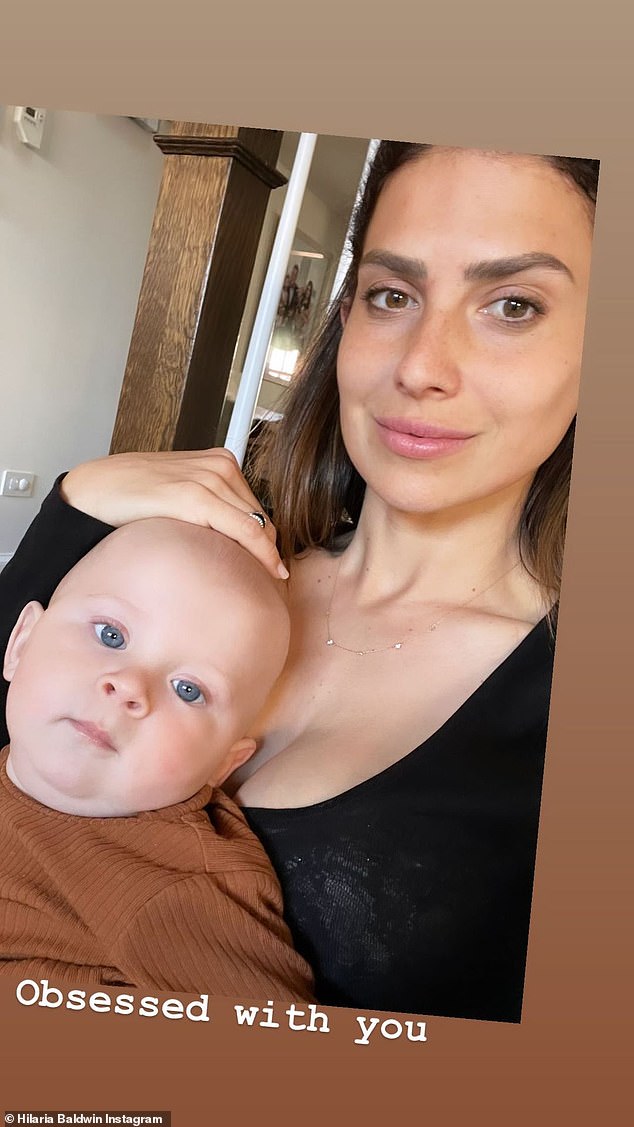 Eduardo: She had welcomed Edu in September and quickly welcomed another newborn just six months later 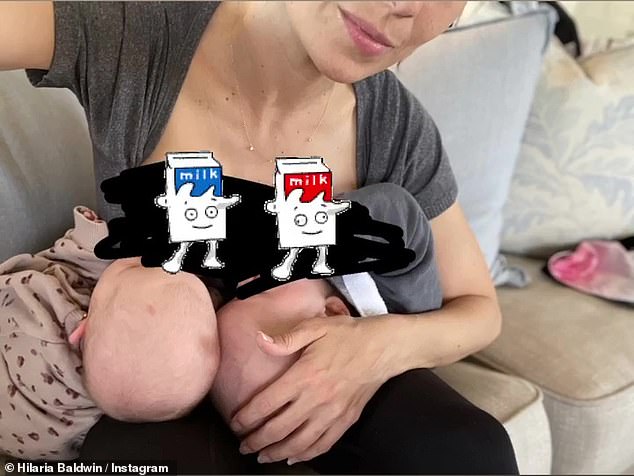 Double duty: As a mom to two infants she has been simultaneously breast feeding both of them

Though she and Alec have yet to confirm anything, internet sleuths noticed she followed a surrogacy agency on Instagram called Alcea surrogacy.

In a now-deleted Instagram post Alcea had written: ‘Congratulations to H and A, with carrier B, on the amazing birth of their daughter M – New York’s first birth under the Child-Parent Security Act.’

The initials seemed to confirm that the Baldwins were the family in question with many wondering why they would be hesitant to validate the seemingly apparent means of conception.

Additionally some ascertained her choice to move forward with a surrogate (despite nearing the end of her pregnancy with Eduardo) after she had suffered a miscarriage in 2019 while trying for a girl at four months in. 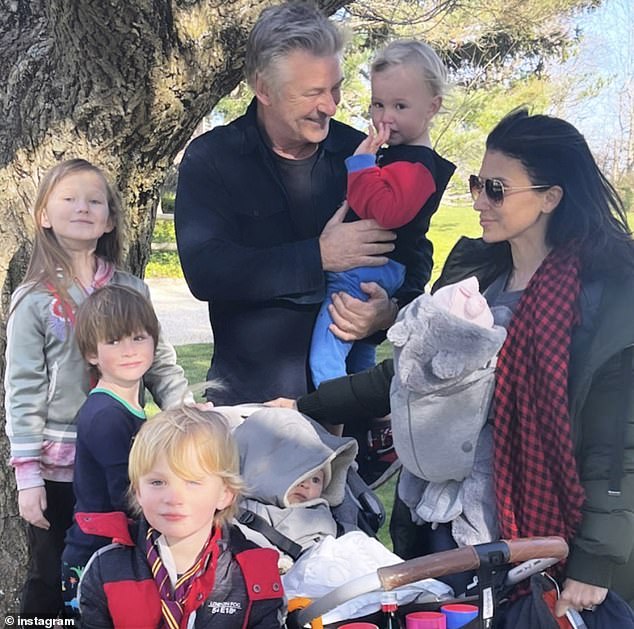 Growing family: The pair have remained mum on the details surrounding Maria’s birth though a surrogacy agency seemed to confirm the news congratulating an ‘H and A on their daughter M’; pictured April 3 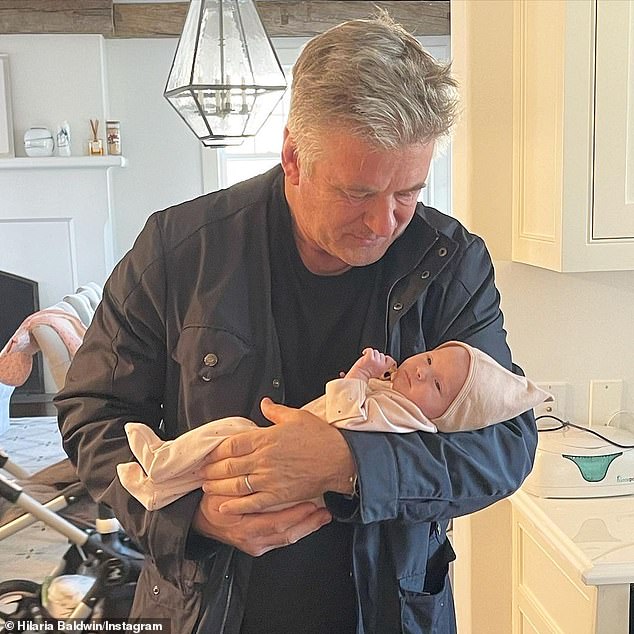 Daddy’s girl: Alec has daughter Ireland from a previous marriage and now has Carmen and Maria Lucia with Hilaria; pictured March 12

Hilaria — who has disabled all comments on her Instagram following the scandal surrounding her fabricated Spanish-heritage — candidly revisited that loss in a recent post.

‘The Baldwinitos craved so much to have a little sister. Many of you may remember the loss of their sister at 4 months in the end of 2019. There isn’t a day that goes by where we don’t ache for our daughter. When I found out our baby had died, I told our children that their sister was going to come, just not at that time,’ she wrote on March 4.

The Mom Brain podcast host lightly alluded to having outside help with the birth adding: ‘We are living each day, bonding, and grateful for all of the very special angels who helped bring Lucía into the world.’ 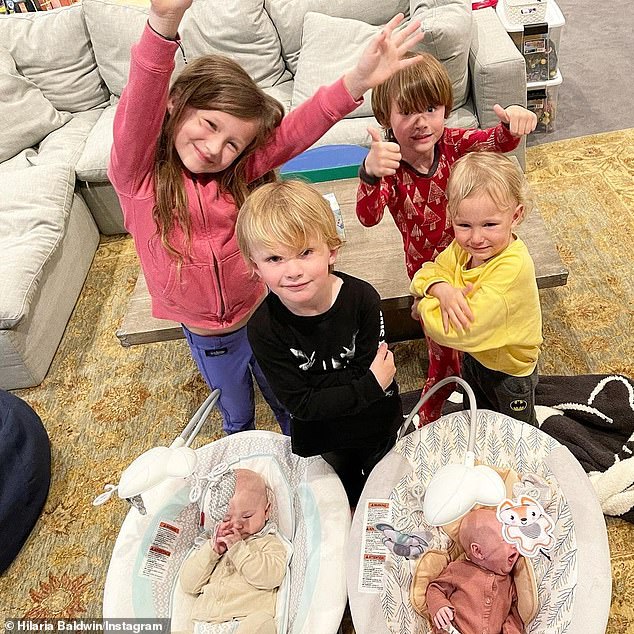 ‘Baldwinitos’: ‘The Baldwinitos craved so much to have a little sister,’ Hilaria wrote while thanking  ‘all of the very special angels who helped bring Lucía into the world,’ alluding to having help; pictured April 1