Holly Willoughby: ‘That’s what you said’ This Morning star clashes with Phillip Schofield Holly Willoughby, 38, and her co-host Phillip Schofield, 57, were challenged to guess the purposes of strange household items by gadget guru Steve Wilson, 44, earlier today. Things appeared to heat up up between the This Morning favourites when their competitive sides came out during the fun segment. When Steve asked them to try to figure out the use for a small plastic clip shaped like a snail, Holly scribbled her answer on a card before announcing: “I’ve written tin opener but what I mean is a tin can opener…” Interrupting, Phillip corrected her: “No, but you’ve written tin opener, so that’s what you said it is!”

As Holly tried to protest, attempting to explain what she had meant, Phillip talked over her: “This is the way it was judged last time, you remember?

“But tin — a tin can…?” his long-time presenting partner chipped in, her voice high-pitched as she turned to Steve for support.

The gadget expert, however, soon revealed Holly’s guess was wrong anyway, leaving it up to Phillip to scoop the point on offer in the game.

“I have actually no clue,” the This Morning presenter admitted. “So, I figured it’s some sort of vegetable clip.”

“But you didn’t write that, you wrote ‘veg clip’,” Holly hit back, laughing. 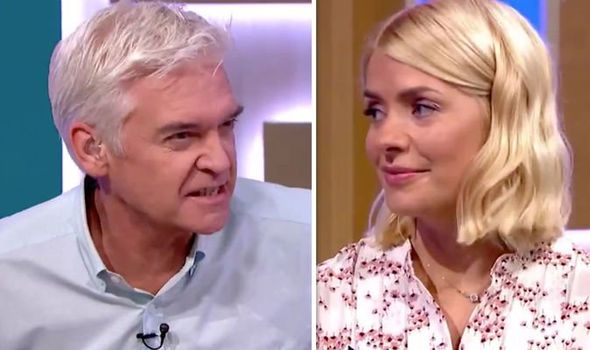 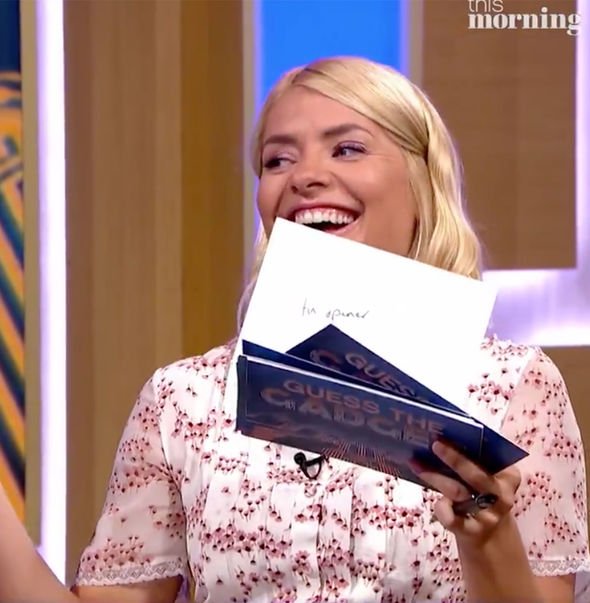 He held up the item, now attached to the side of a mug, to demonstrate how the string on a teabag could be wrapped around the snail in order to stop to falling in the cup.

The official This Morning Twitter account shared the video with their 1.8 million Twitter followers, saying: “They may be friends, but things turned really serious during a simple game of Guess the Gadget!”

The Guess the Gadget segment has become notorious for bringing out the competition between Phillip and Holly. 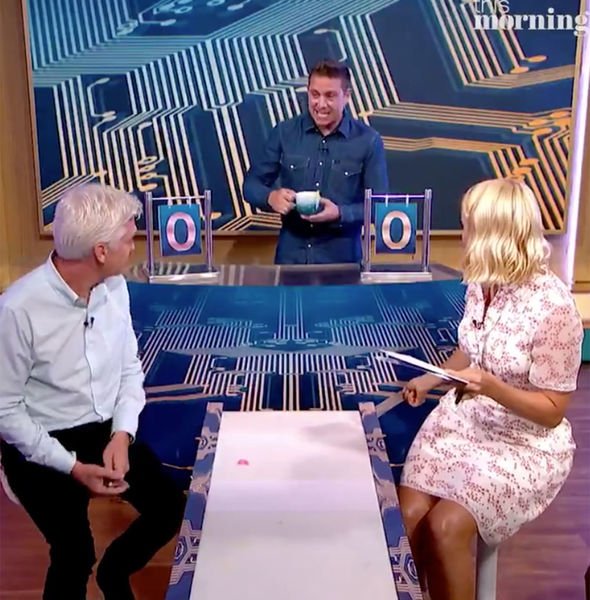 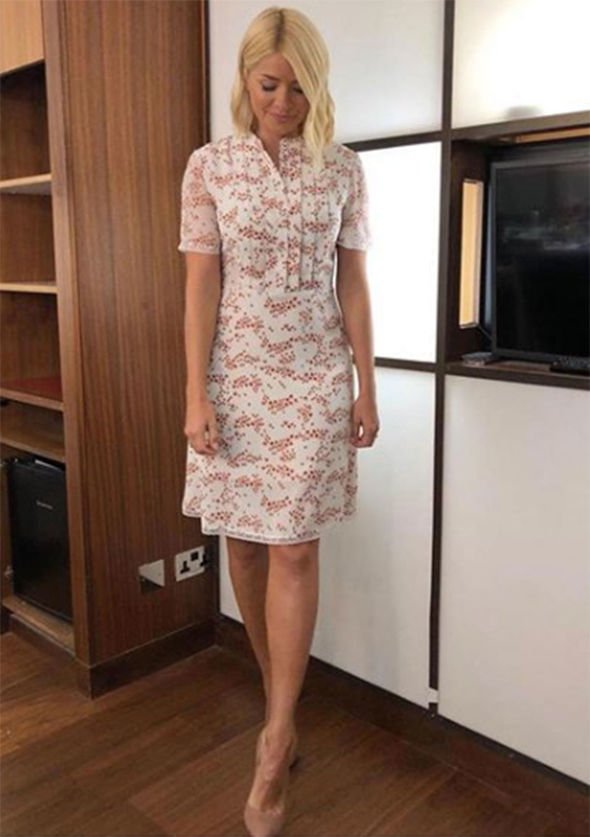 When the feature returned to the ITV programme earlier this year, they lightheartedly warned viewers things were about to get “tense” in the studio and went on to air a hilarious montage of moments from previous gadget-guessing head-to-heads.

Holly and Phillip have presented This Morning together since she joined the team in 2009.

They are also known for fronting Dancing On Ice as a dup and are close friends outside of work.

On today’s instalment of This Morning, Holly Willoughby wore a floral patterned dress with pleat detailing by Markus Lupfer.

The fashionable star, who regularly delights viewers with her style choices, paired the look with Gianvito Rossi stiletto court shoes as she showcased her shapely pins in the knee-length number.

This Morning airs weekdays at 10.30am on ITV.