Home » How Alec Baldwin and Queen Elizabeth Are Distantly Related 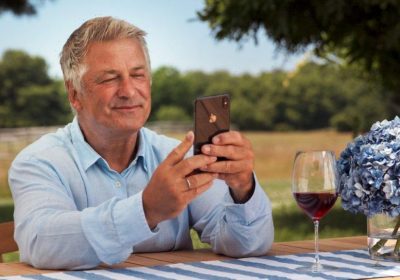 Hollywood celebrity Alec Baldwin has made a name for himself through dramatic and comedic acting roles. Fan-favorite works include the film Boss Baby and TV series 30 Rock. He’s also memorable for his impersonation of Donald Trump on Saturday Night Live.

Over the years, Baldwin has appeared in the spotlight for many reasons, including his personality and marriages. But what you might not know is he’s related to royalty.

Who is Alec Baldwin?

Alec Baldwin is a 63-year-old actor born in Amityville, New York. He has five siblings, and his three brothers joined him in acting. At first, Baldwin attended George Washington University. Later, he studied performing arts at New York University.

Throughout his career, people knew Baldwin as a bad boy. The actor has a history of controversy, including an alleged confrontation with a photographer. Some people have noted his temper and dark humor. Even though the star makes popular content, others find him difficult to work with at times.

In 1993, Baldwin married actor Kim Basinger. The two had a daughter but divorced in 2000. He met Hilaria in 2011, and they tied the knot in 2012. He has had six children with her and gave them traditionally Spanish names.

After becoming a member of the Actors Studio, Baldwin made his acting debut on Broadway in 1986. He appeared in revivals of Loot and A Streetcar Named Desire. Later, he began working in film and television production.

Baldwin’s first TV role was in the ’80s for the soap opera The Doctors. In 1983, he starred in the short-lived series Cutter to Houston. Not until 1987 did the rising star make his film debut. Baldwin landed a minor role in Forever, Lulu, but he gained recognition for his performance as Adam in Beetlejuice.

Another notable work of Baldwin’s is 30 Rock. He garnered numerous award nominations for his role and won a couple of Golden Globes. Though he started as a dramatic actor, fans often recognize Baldwin as more of a comedic personality.

You might’ve entertained fantasies of secretly being royalty. But it’s a reality for some people. Though they are distantly related, Insider released a list of celebrities who share lineage with a royal family.

Alec Baldwin is one of the many stars related to the British monarchy. He’s a 29th cousin, twice removed, of Queen Elizabeth II. The two share an ancestor who lived when the years were only in the triple digits. The man was named Ethelred the Unready.

You might be surprised to learn that your favorite comedic actor has some royal blood in him. Maybe he was destined to become famous after all.

Who is Ethelred the Unready?

According to Britannica, Ethelred the Unready was born around 968 and died on April 23, 1016. To get a better idea of when he lived, King Ethelred was around sometime after the kingdoms of England united into one country. He reigned from 978 to 1013 and later in 1014 until his death.

The name “Ethelred” means “noble counsel.” And “unready” is derived from an Old English word for “bad counsel.” King Ethelred earned his pun of a title from his failure to prevent the Danes from running rampant in England.