Home » Celebrities » How Did Rooney Mara and Joaquin Phoenix Meet? It All Began on a Movie Set

How Did Rooney Mara and Joaquin Phoenix Meet? It All Began on a Movie Set 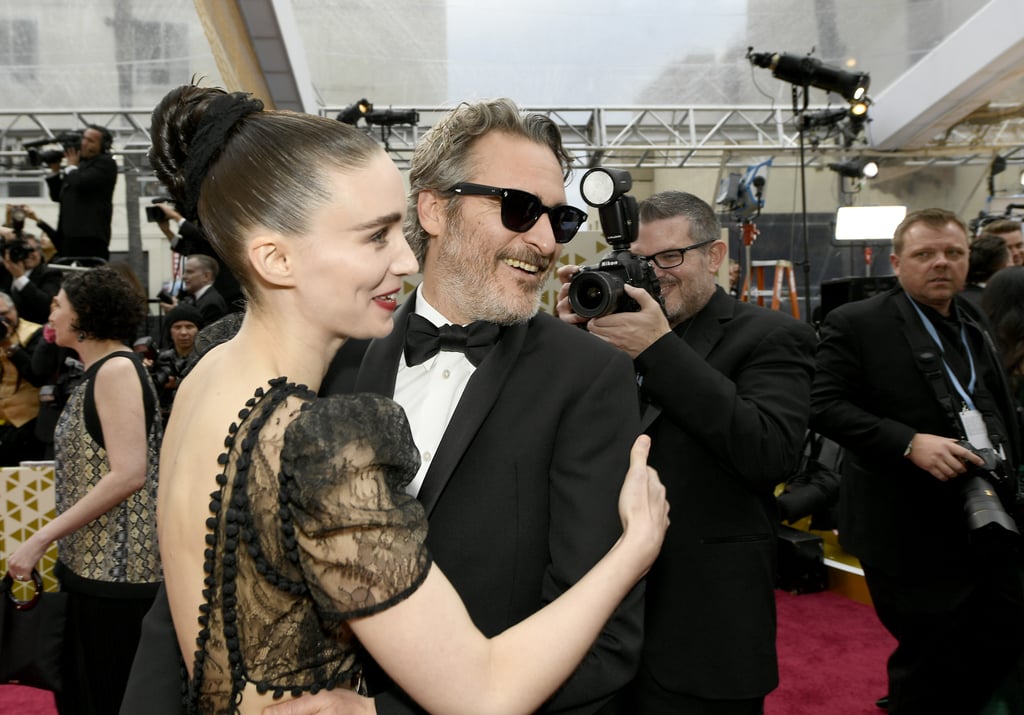 How Did Rooney Mara and Joaquin Phoenix Meet? It All Began on a Movie Set

If you didn’t realize Rooney Mara and Joaquin Phoenix were a couple until they welcomed a baby together in September 2020, you’re not alone. The low-key actors don’t do social media and rarely give interviews, so their relationship is kind of a mystery even to those who knew they were an item. However, Joaquin did reveal how he and Rooney met in an October 2019 interview with Vanity Fair, and it was apparently all the way back in 2012 on the set of the 2013 movie Her, in which the two played exes.

“She’s the only girl I ever looked up on the internet,” Joaquin told Vanity Fair, adding, “We were just friends, email friends. I’d never done that. Never looked up a girl online.” According to the magazine, he “believed Mara despised him during the making of Her but later learned she was just shy and actually liked him too.” In 2016, the actors reunited to film Mary Magdalene and, according to W, Rooney and Joaquin started dating soon after they finished filming. Two years after making their debut as a couple at the 70th annual Cannes Film Festival in 2017, the couple reportedly got engaged, and now they’re parents to a baby boy, River (who’s named after Phoenix’s late brother).

Check out the gallery ahead for the sweetest pics of Hollywood’s most discreet couple.