How MeToo laid bare France’s dirtiest old man: He was the legendary seducer whose explicit duet Je t’aime with Jane Birkin scandalised the world. But now Serge Gainsbourg stands accused of being the Harvey Weinstein of pop

Serge Gainsbourg may have been the world’s most unlikely sex symbol.

A dishevelled, chain-smoking alcoholic, to British audiences it was his chart-topping 1969 duet with posh British actress Jane Birkin, ‘Je t’aime . . . Moi non plus’, that crystallised his reputation as a flamboyant — and highly dangerous — ladies’ man.

Principally consisting of Gainsbourg and Birkin’s heavy breathing and sighs of pleasure, accompanied by a hypnotic electric organ, the song became a signature tune of a new, sexually liberated era, despite being banned in many countries, including the UK.

Though it was always known that Gainsbourg had an interest in younger women, the French Establishment, in thrall to his talents as a writer and composer, turned a blind eye to his unsavoury activities.

But now, the MeToo movement has focused its attention on him. Nearly 30 years after his death from a heart attack in 1991, Gainsbourg was last week compared to disgraced Hollywood producer Harvey Weinstein, 68, now serving a 23-year prison sentence for rape. 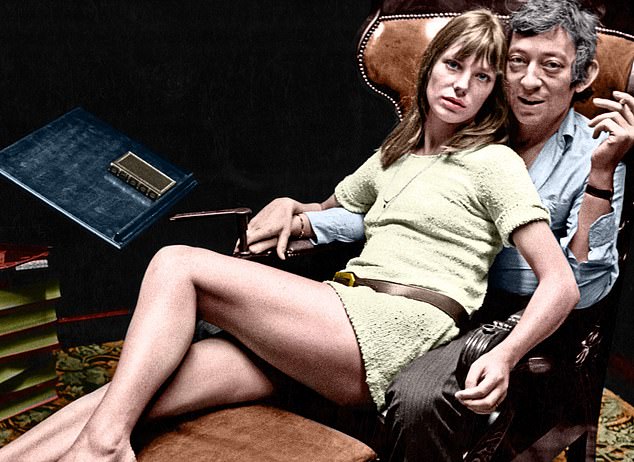 A dishevelled, chain-smoking alcoholic, to British audiences it was his chart-topping 1969 duet with posh British actress Jane Birkin, ‘Je t’aime . . . Moi non plus’, that crystallised his reputation as a flamboyant — and highly dangerous — ladies’ man

‘I have gone off Gainsbourg, who is quite simply a harasser,’ declared female singer Lio, 58 (a big star in France) in a radio interview.

Gainsbourg, she added, was ‘not cool with girls . . . a Weinstein of songs . . . he has become an aristocrat of French music but I am not going to pay homage to him. I have experienced for myself his behaviour.’

It was a brutal indictment that shocked France. But none of Gainsbourg’s family, including Charlotte (his daughter with Birkin) have commented.

Pointedly, however, neither have they come to his defence.

With an incorrigible leer, sweaty complexion, wrinkled skin, three-day stubble, tousled hair and a Gauloises seemingly superglued to his bottom lip, Gainsbourg may have been a contender for the title of France’s Dirtiest Old Man.

Yet he was a hugely influential musician and composer, perhaps the greatest of all French recording artists.

So prodigious was his talent that he managed to transcend almost every genre: pop, jazz, funk, reggae, electronica — and even an ill-advised foray into Nazi-themed rock music in 1975. 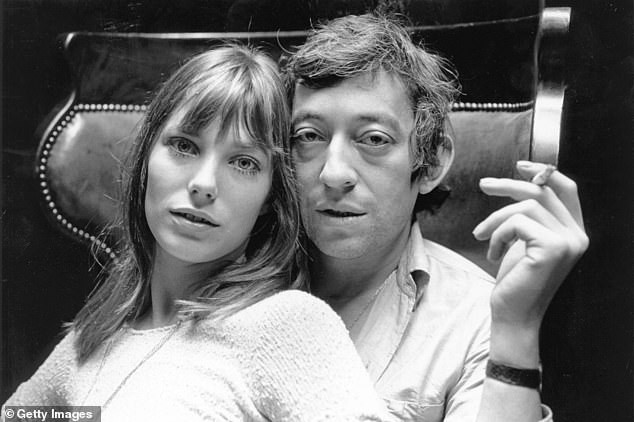 ‘I have gone off Gainsbourg, who is quite simply a harasser,’ declared female singer Lio, 58 (a big star in France) in a radio interview. Gainsbourg, she added, was ‘not cool with girls . . . a Weinstein of songs . . . he has become an aristocrat of French music but I am not going to pay homage to him. I have experienced for myself his behaviour’

Born to a Russian-Jewish family in Paris in 1928, his shameless penchant for young and even underage sexual partners was at the heart of his work.

In 1966, he wrote an innuendo-laden song, ‘Les sucettes’ (‘Lollypops’) for 18-year-old singer France Gall. This was about a girl who was ‘in paradise’ every time ‘that little stick is on her tongue’.

When Gall realised the song’s crude double meaning, she refused to perform it and never spoke to Gainsbourg again.

The following year, he became so infatuated with Brigitte Bardot that he recorded an early version of ‘Je t’aime’ with her. Sound engineer William Flageollet confirmed he witnessed the couple ‘heavy petting’ during the recording.

Bardot was married to playboy Gunter Sachs, who understandably took exception to this steamy collaboration. Bardot’s version of the song was never released, allowing Gainsbourg’s then-girlfriend Jane Birkin to step in.

Rumours soon abounded that the pair had recorded parts of the song after installing a microphone under their bed. So authentic were the sounds of Birkin and Gainsbourg’s apparent love-making, others assumed that, like Bardot, Birkin had been writhing with Gainsbourg in the studio while Flageollet and his colleagues looked on aghast.

What was the truth? A few years ago I asked Ms Birkin, now 73, if she had made love to Gainsbourg while recording the song. She insisted they were in separate sound-booths.

Regardless, Birkin clearly adored Gainsbourg — and they remained close friends long after their split.

But it was a complex relationship and Birkin, a well-brought up girl from London, found some of his sexual preferences too exotic.

In her recently published memoir, Munkey Diaries, she wrote at length about Gainsbourg’s proclivities: ‘Serge must be the most perverted person possible. He wanted to play Ludo, with me moving the dice for him and him throwing the dice for me.’

Gainsbourg’s version involved urging Birkin to let him loose on her with a series of sexual acts. ‘It was the most horrible idea, very decadent, and I refused to continue to play,’ she writes.

Nevertheless, when we spoke, Birkin was happy to wax lyrical about Gainsbourg’s good looks. 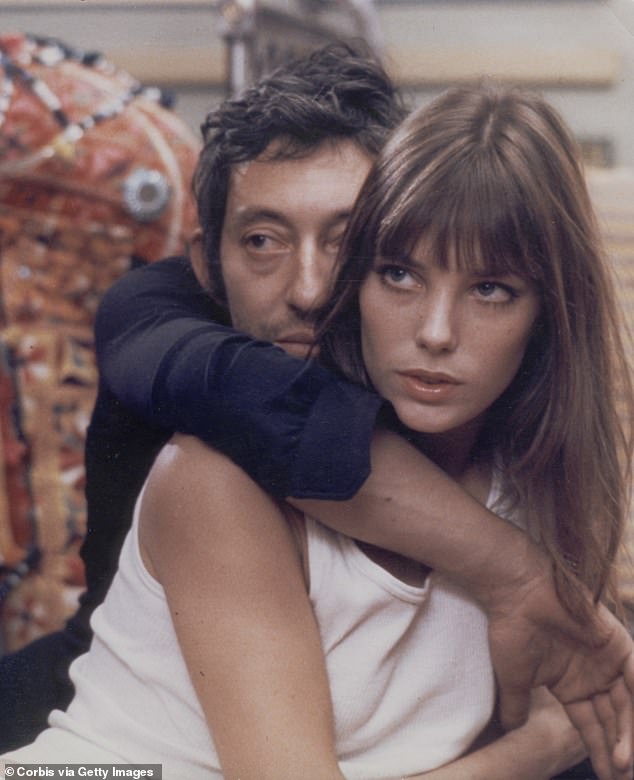 A few years ago I asked Ms Birkin, now 73, if she had made love to Gainsbourg while recording the song. She insisted they were in separate sound-booths

‘He was just gorgeous,’ she told me. ‘Quite exceptional. From his face to his ears to his remarkable talent.’ I asked her if Gainsbourg was sleazy: she was adamant he was not.

On another occasion, Birkin was even less timid. In Paris, having enjoyed two dozen oysters and a bottle of wine over lunch, she insisted Gainsbourg take her to a brothel, the seediest he could find. He naturally obliged. And when they got there, he took command.

In her diaries she wrote: ‘You’ll never believe the room — dirty, base-grey dismal, a bright light glared over the bed with a pathetic floral display in pink and green.’

‘“Act like a prostitute,” he said. So I whipped off the black stockings and suspenders . . . I attempted to look sexy and wondered if the mattress had ticks in it . . . So here I was, sprawled on the corner, being very vampish. Then we started off a bit, it was beginning to get good . . . ’

Age did nothing to dull Gainsbourg’s fascination with sex. In 1984, he released an album punningly called Love On The Beat: in French, bite (pronounced ‘beat’) is crude slang for ‘penis’.

One of his most shocking acts was to record a deeply explicit song, released in 1984, with his then 14-year-old daughter Charlotte. 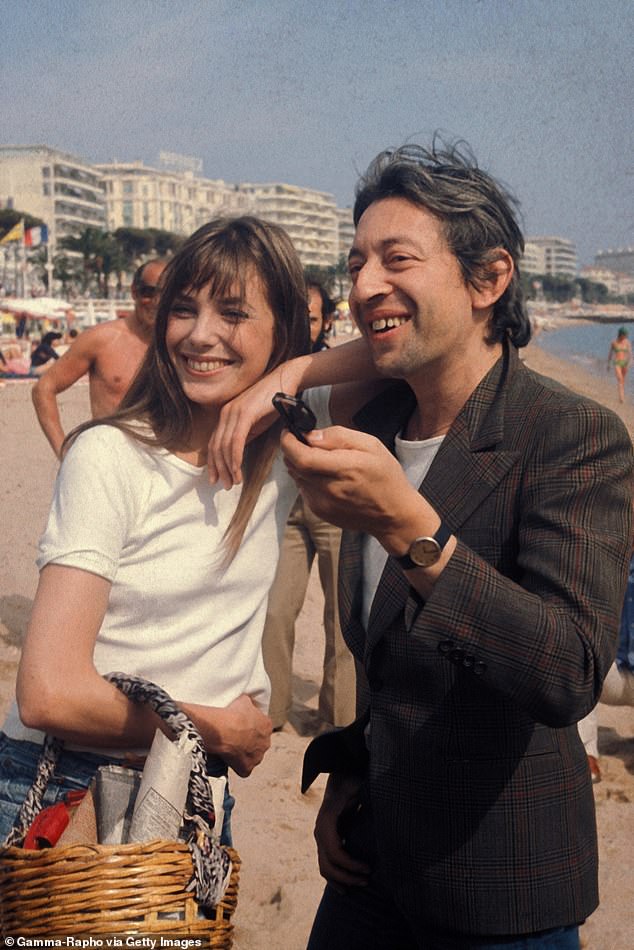 Nevertheless, one thing remains certain. Fans who visit his grave will continue to do so for a long time to come. And as they reverentially lay their flowers, many will surely whisper: ‘Je t’aime’

‘The love we’ll never make together is the most beautiful, the rarest, the most disconcerting,’ they sang. The song’s title? Lemon Incest.’ Two years later, while drunk on a live television French chat show, Gainsbourg told a young Whitney Houston: ‘I want to f*** you.’

The American singer was horrified — just as veteran French actress Catherine Deneuve was appalled when he drunkenly groped her on air on another chat show.

But somehow he always managed to charm his critics away. In 2018, Deneuve herself led a group of prominent French women who spoke out against the MeToo movement, describing it as a ‘new puritanism’.

Gainsbourg was buried in France’s most prestigious cemetery, Montparnasse in Paris, alongside cultural icons such as writers Simone de Beauvoir and Jean-Paul Sartre.

Then-president Francois Mitterrand compared him to 19th-century poet Charles Baudelaire, saying: ‘He elevated song to the level of art.’

Yet was he also another Weinstein? The MeToo movement has rightly placed a spotlight on the behaviour of powerful men who used their positions to gain endless sexual ‘conquests’.

Gainsbourg was one of them.

Yes, he was more charismatic and charming than Weinstein, an obese bully and sexual predator who lured aspiring young actresses into his hotel rooms on the pretext of ‘auditions’.

But in hindsight, much of Gainsbourg’s behaviour looks just as appalling as Weinstein’s.

How telling it is, therefore, that even after the recent brave denunciation by Lio, who said, without going into detail, she had ‘experienced’ his behaviour, his activities have not been widely condemned in France.

Nevertheless, one thing remains certain. Fans who visit his grave will continue to do so for a long time to come.

And as they reverentially lay their flowers, many will surely whisper: ‘Je t’aime.’