Home » How Much Is Ronnie Ortiz-Magro Actually Worth?

How Much Is Ronnie Ortiz-Magro Actually Worth? 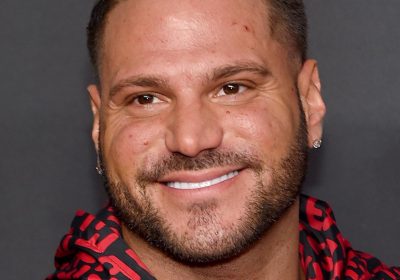 Ronnie Ortiz-Magro first appeared on TV screens back in 2009 as a star of the popular reality show “Jersey Shore.” Ronnie was one of seven strangers that moved into a beach house in Seaside Heights, New Jersey. MTV cameras followed the super tan, super fit cast members as they worked at the Shore Store t-shirt shop on the boardwalk and had one-night stands. The first season averaged 2.7 million viewers, per the Los Angeles Times. Ronnie’s biggest claim to fame on the show was his relationship with Sammi “Sweetheart” Giancola, one of the other cast members. Their relationship was a rocky one, and fans tuned in week after week to see what kind of drama the pair would get into.

So, how much is Ronnie Ortiz-Magro actually worth?

Ronnie Ortiz-Magro has earned millions, but the road hasn't been smooth

According to Celebrity Net Worth, Ronnie Ortiz-Magro is worth $3 million, but he didn’t earn those stacks overnight. In fact, cast member Vinny Guadagnino told Vulture that in the first season of “Jersey Shore” the cast earned nothing besides what they made working at the Shore Store and club appearances. Eventually, Ronnie made about $80,000 per episode initially, then as he brought in more drama with his relationship with Sammi, he earned $150,000 per episode, per Life & Style. By 2012, Radar reported that the “Jersey Shore” cast had gotten substantial raises, with each cast member also got a “$400,000 signing bonus at the beginning of the season, $200,000 bonus at the end of the season,” and $150,000 “for any additional reunion episodes…”

These days, Ronnie is busy promoting Verge, his CBD company. Blast notes that the brand’s CBD-infused products is a $50 bronzing lotion, which might help him pay off things like the $100,000 bail that he owed following both his 2019 arrest for “felony domestic violence,” and, according to Us Weekly, his 2021 arrest for similar charges; this time described as “intimate partner violence with injury with priors,” by the LAPD.

Granted, while Ronnie’s financial situation is rocky, he hasn’t resorted to asking fans for funds. That’s why he took to Instagram (via Showbiz CheatSheet) in May 2020 to let his followers know about a shady situation. “Once again people stop sending money to this fake person acting like Ronnie Magro on Snapchat,” he wrote. “It isn’t me, I don’t want your money [especially] through Snapchat…” Indeed, he’d rather you buy some of his CBD lotion.

If you or someone you know is dealing with domestic abuse, you can call the National Domestic Violence Hotline at 1−800−799−7233. You can also find more information, resources, and support at their website.