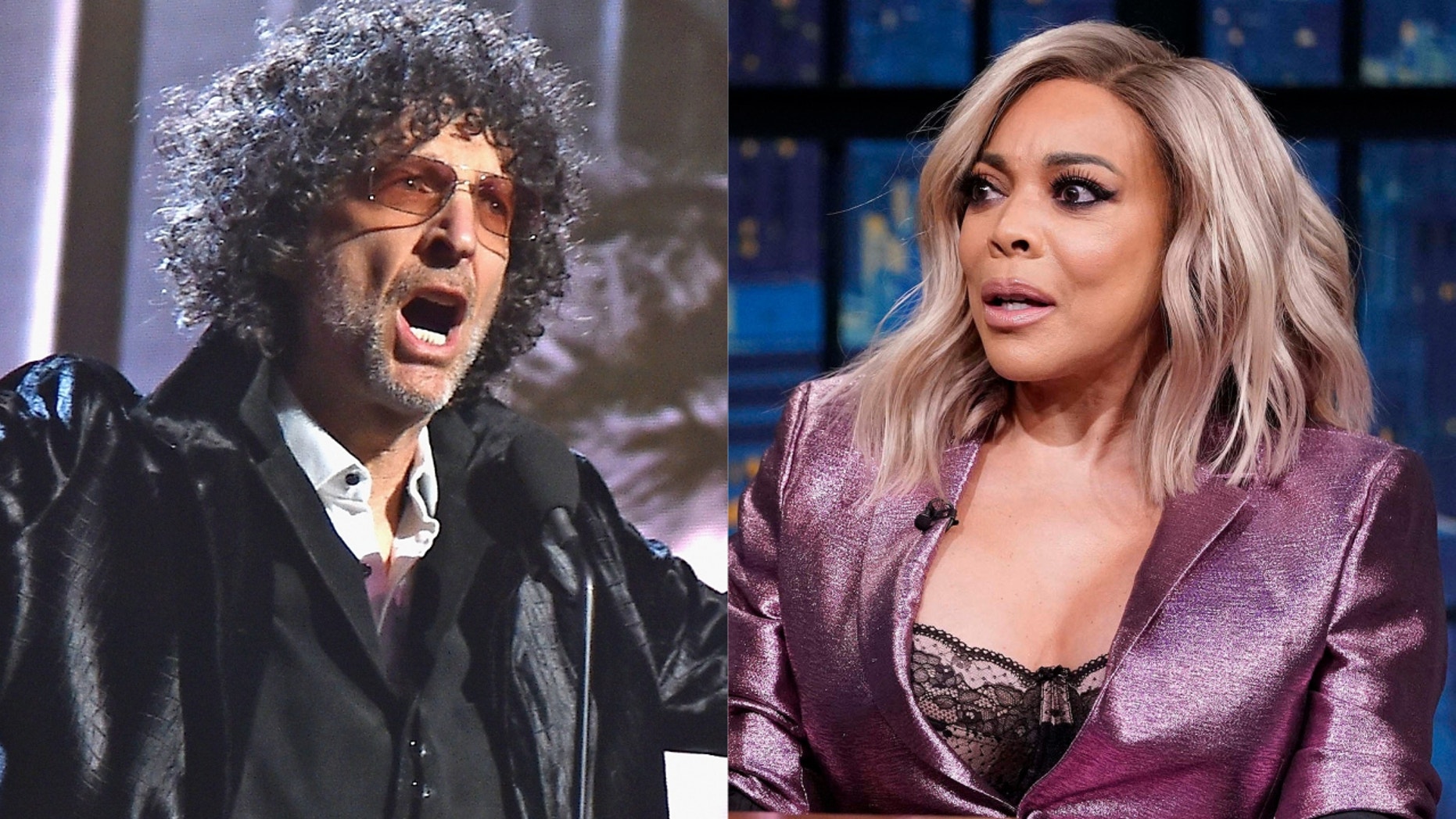 Howard Stern lashed out at Wendy Williams after the talk show hostess said the shock jock had "gone Hollywood."

"Two people I admire that got me to where I am in my head: Oprah and Howard Stern, for two very different reasons," Williams said. "Howard Stern has a new book coming out, it's No. 1 on Amazon. It's going to be No. 1 for a long time — everybody is gonna buy this book. It's his first book in over 20 years — he still looks good doesn't he?"

After her compliments, however, Williams added, "Howard is so Hollywood right now — and Howard I love you, but since you've gone Hollywood, everything you say is so predictable. Every story is gonna be about 'Oh, I love this one and then we went on their yacht.' He's a Hollywood insider now, which sucks because you started like me, being of the people, but at some point, you sat behind that microphone for too long and now you are the people," she said.

Still, she encouraged her viewers to pick up "Howard Stern Comes Again" and expressed her appreciation at being invited on his show, concluding, "I've been on Howard's show twice. I often get on the streets, 'Wendy, I heard you on Howard!' If you want to get this book, and you should, it comes out in May."

While Williams wasn't vitriolic toward Stern, the 65-year-old lashed out at her on his own eponymous SiriusXM show that afternoon.

“All she talks on that show is about Hollywood,” he continued. “That’s as Hollywood as you get. If anyone in Hollywood called her to hang out, she’d [be there] in two seconds. All of that is a projection!”

It didn't end there.

After describing his hectic schedule and strong work ethic, Stern slammed Williams' physical appearance and cultural impact. He also mocked her recent health woes, including when she fainted on live television on Halloween in 2017, as well as rumors that her husband was cheating — which she has vehemently denied.

WENDY WILLIAMS GETS CANDID ABOUT HER PAST DRUG ABUSE

“You haven’t had the career I’ve had. I had radio stations firing me, I had the government on my a—. I never backed down from a fight in my life," he said. "[Williams is] such an edgy broadcaster," he added, dripping with sarcasm. "When did you ever go to war with anyone? When did you fight with the FCC? When did you have the religious right coming up your ass and people throwing you off radio stations and not knowing if you can continue you career? Have you lived my life? Broad doesn’t have an original thought in her goddamn head. She’s busy being Howard Stern."

"What have I done to this woman? Nothing. I’ve been gracious to her. Worry about your husband, not me," he spewed. "F—k you and your dumb show and your mystery illness. She disappears for two months, nobody knows why, and now she’s questioning me? … I never fainted on my show either."

After fainting on air in October 2017, Williams revealed she'd been diagnosed with Graves' disease, an autoimmune disorder, and said that complications from her disease were why she'd been absent for much of the beginning of 2019.

“I’m not somebody you want to f—k with, honey. I don’t want to hear your bulls—t. And you’re not a nice person," he said. "Nobody likes you, that’s why you can’t go Hollywood. People do not like her. [Her staff] was doing a dance over at 'The Wendy Williams Show' when she was out.  She’s a big pain in the a—. I hate to break the news to you, honey. Good thing you hurried back."