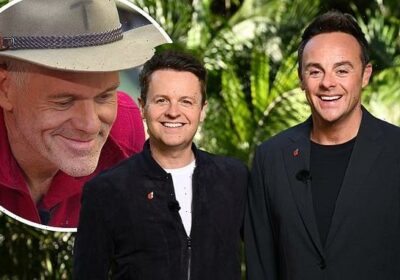 The radio DJ, 48, has been making some ‘p***take remarks’ which have ‘become a problem’ for the final edits making it to the nation’s screens every night.

Although he is said to be friends with the I’m A Celeb host outside of the jungle, Chris’ humour has been ‘a bit too close to the mark’ within the camp.

A source told The Sun: ‘There have been some p***take remarks to Ant that have become a problem.

‘Like when Ant and Dec pulled up in the speedboat in the first episode, Chris joked he was surprised they let Ant in anything so fast because he’s known to crash stuff.

‘And there was a big bottle on one of the sets and Chris joked, “That’s the size of Ant’s vodka bottles at home”… it’s all that kind of thing.’

The source added that because Chris is friends with both Ant and Dec, it is only banter from his side – but it is proving unhelpful when it comes to creating the final programme for ITV viewers. 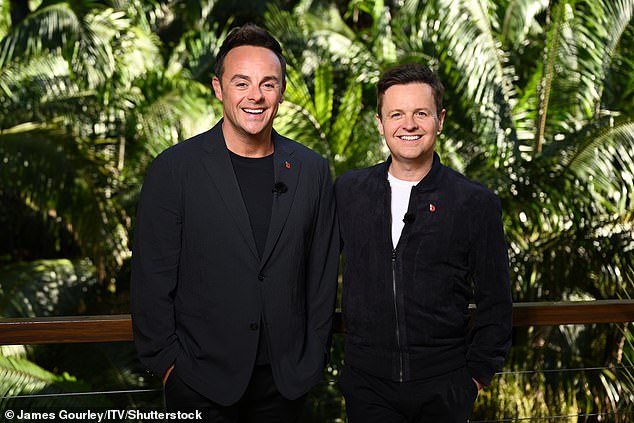 Producer’s nightmare: Although he is said to be friends with I’m A Celeb host Ant (left) outside of the jungle, Chris’ humour has been ‘a bit too close to the mark’ within the camp

Chris’ continued gags is ‘causing headaches’ for making edits to the show as they are able to use less and less footage when the radio star says more.

It is thought to be the highest fine ever handed out by a British court for drink driving, topping the £54,000 fine given to footballer Yaya Toure in 2016 for the same offence.

As he left court following his fine, the now 47-year-old told reporters: ‘I let myself down. I let a lot of people down and for that I’m truly sorry.’

The three-car crash also led Ant to be banned for 20 months afterwards as he was twice over the legal limit.

He later went to rehab to combat his alcohol and prescription drug addiction.

The Sun revealed the devastating problems that led to Ant’s rehab stay including chronic pain caused by a knee injury two years ago, anxiety over failure to conceive with Lisa and depression which led to his substance abuse. 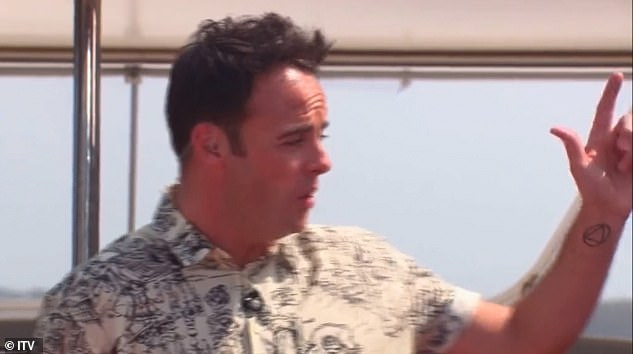 AA: Ant, who has previously battled with depression, alcohol and substance abuse – also has the Alcoholics Anonymous symbol inked on his left wrist

His statement to the publication read: ‘The first step is to admit to yourself you need help. I’ve let people down. I’m truly sorry. I feel like I have let a lot of people down and for that I’m truly sorry. I want to thank my wife, family and closest friends through this really difficult time.

He has been battling his condition for two years after an operation on his knee went wrong, leaving him in constant pain. Following his knee operation he began taking the opioid painkiller Tramadol and became addicted.

Chris Moyles only managed to bag one star in his second Bushtucker Trial of I’m A Celebrity… Get Me Out Of Here, which saw him forced to face his fear of confined spaces to crawl through a series of pipes. 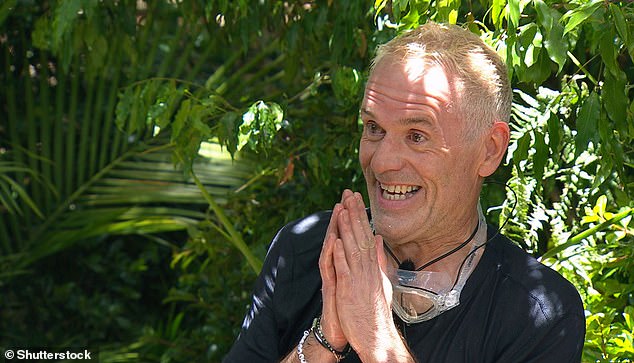 Fail: Chris Moyles only managed to bag one star in his second Bushtucker Trial of I’m A Celebrity … Get Me Out Of Here! 2022

Not only was the broadcaster struggling with his surroundings, things got worse when he dropped his bag, losing the spanners he was using to unscrew the stars, and also the tokens themselves, leading him to have to use the final few minutes of the challenge to retrieve the items – but he was only able to rescue one of the two stars he’d collected.

The radio DJ, 48, arrived at the trial clearing on Wednesday night’s episode with ‘tears in his eyes’, telling hosts Ant and Dec, ‘I’m sh*****g myself’ and his fear took over, leaving him with only one star for camp, which led to a shocked reaction from viewers and the ITV show’s hosts.

This week, Owen re-did the same trial – only to come back with a full house for camp. 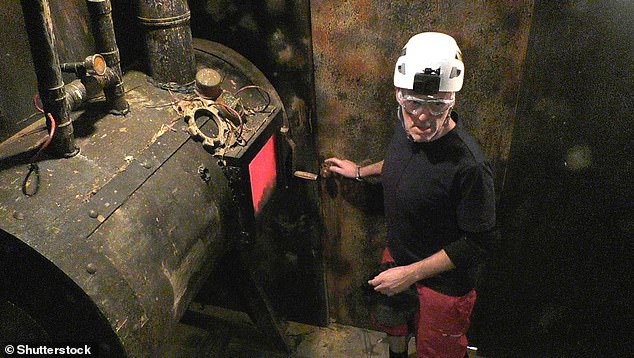 Temperatures are rising! Chris Moyles will be tackling the Boiling Point trial on Wednesday night, after being voted by the public