The irony of the Warner family paparazzi window smash incident Candice Warner's brother, Tim Falzon, will front court for allegedly smashing the front windscreen of 21-year-old paparazzo Jayden Seyfarth's car last weekend after he took and sold pictures of a hard hat-clad David Warner keeping himself busy during his 12-month cricket ban slogging it away on a building site.

But it seems a little ironic to The Goss that the Warner family set upon one pap, when they have been staging shots for years with another. 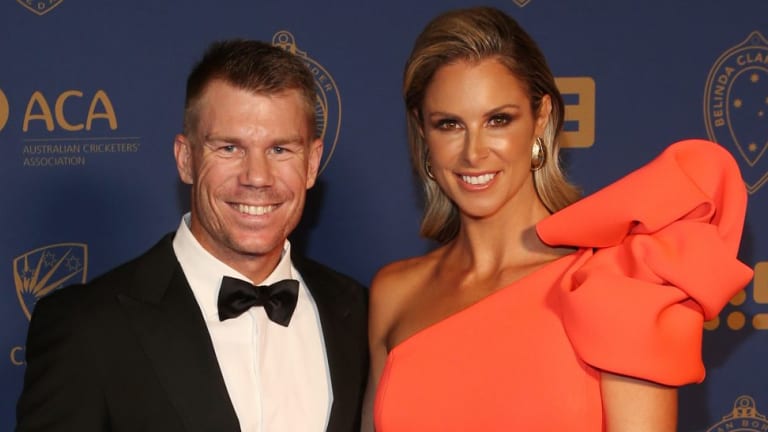 "I was shocked that I was attacked when it's well-known that they do set-ups with Kirk Powell," Seyfarth told Fairfax Media.

Although Powell of KHAPGG, a former professional Jamaican cricketer-turned-paparazzo, would not not confirm he often works with the sporting couple, he and his colleague Guil Gros have been there to document the family's most mantelpiece-worthy moments, including: the Warners at the beach, The Warners go exercising, the Warners do Halloween, the Warners take their orange McClaren for a drive and the Warners celebrate David's 31st on a yacht. 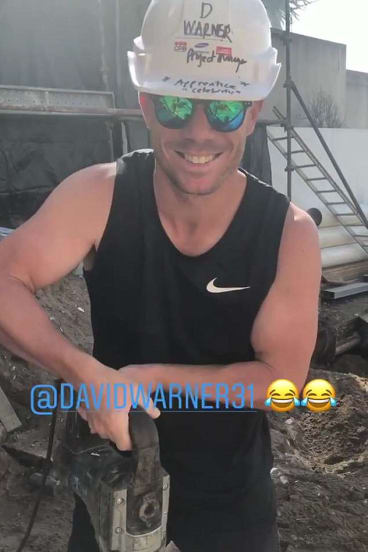 "It's never the Warners picking their nose. It's always the Warners doing nice stuff," said an insider, who asked not to be named.

They joked: "Funny how we didn't see pictures of Warner buying sticky tape?"

Another insider added: "Everyone knows about their staged shots with Kirk.

"You can tell when you constantly see photos of the Warners coming from one picture agency and they are extra nice and have that nice, family feel to them. There's never a bad shot of them. It's well-known who is doing set-ups with who. You see the patterns. Sometimes they are even looking at the camera."

Falzon, 36, was charged with damage and will front court next month but Seyfarth's solicitor plans to serve him with a statement of claim for damages.

"I am fine now, but at the time I was shaken up," said Seyfarth, who was banned last year from flying with Virgin and Qantas after he took advantage of serious security flaws in the airlines' systems.

"He hit the windscreen first with the shovel and then he went for the window on the driver's door and if I didn't reverse and drive off I think he would have hit me too."

Fairfax Media asked the Warners and Kirk Powell for comment.