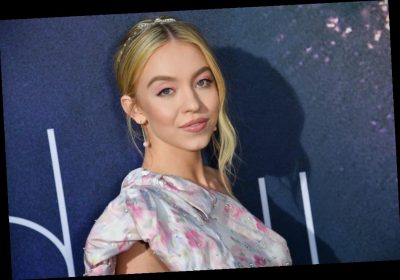 Sydney Sweeney is perhaps one of the most accomplished cast members of Euphoria. While it seems as though the actor became an overnight sensation after appearing on the hit show as Cassie Howard, she has actually been working hard for over a decade. Today, Sweeney is almost in every film and even has her own production company, making an impressive addition to her resume.

The Euphoria actor shares one common thing with another actor. Sweeney shares a last name with The Cutting Edge actor D.B. Sweeney, something that has fans asking if they are of the same relations or not. So is Sweeney related to D.B.?

How did Sydney Sweeney get famous?

In 2010, Sweeney landed a role in the film The Ward. The actor was to play a minor role in the movie, but was still eager to have landed the part and she committed herself to prepare intensely for the role. Sweeney’s character in the film had undergone a traumatic experience, and so Sweeney decided that she would have to put herself through a similar situation to relate to her character. The Handmaid’s Tale actor asked her parents to lock her in the crawl space and leave her there for as long as she could withstand it.

Sweeney noted that her parents were worried but still supported her through the whole experience. While her audition technique might have been a bit extreme, Sweeney ended up getting the part, and as she puts it, it was all worth it. The Euphoria star remains committed to acting and bringing out the best of her characters but tried to take a less intense approach for many of her auditions.

Nowadays, the star said that she doesn’t take extreme measures to relate to a character. She only needs to understand what the characters need and let the work come from a cerebral space. Additionally, Sweeney does a lot of research about her characters to understand better the tone required for the film or show.

Sweeney landed the part of Cassie Howard in 2019. She plays a popular high school girl who’s having difficulties navigating school life as rumors about her sexual history make rounds in the school. She develops a liking for Christopher McKay. Their relationship, however, goes through the rocks as Cassie’s sex life is made public. Most times, McKay allows his peers to get the better of him, and he ends up saying mean-spirited things to Cassie or flat out denying their relationship to avoid being associated with her.

When Sweeney got the part, she debated whether it would be right for her to join Euphoria. The nudity on the show played a significant role in Sweeney’s reluctance to join the cast. However, Sweeney liked her character as she realized that most of the nudity was realistic and not for entertainment or shock value. While at first, she was hesitant, Sweeney admitted that the nude scenes helped her gain her confidence and allowed her to realize different feelings about herself.

Daniel Bernard — often called D.B. — is an actor best known for playing characters who combined emotion with physical expertise. DB is famous for playing Joe Jackson in Eight Men Out and in the 1992 film The Cutting Edge, where he played an ex-hockey player who later becomes a figure skater. He is also the voice-over artist for the Oprah Winfrey Network (OWN) and has played Mr. Keene in Sharp Objects which Sweeney also played the recurring character, Alice.

In an interview with Three If By Space, Sweeney was asked whether she and actor DB are related. The Euphoria star denied the claims, saying that they only share a last name.