Her husband recently admitted to cheating on her, saying that they were now trying to focus on the future.

And Jacqueline Jossa and Dan Osborne appeared to be moving on from the drama as they attended Bobby Norris’ Celeb BBQ night in Essex on Saturday.

The actress, 27, cut a stylish figure in a long-sleeved polkadot shirt which she tucked into some high-waisted denim shorts. 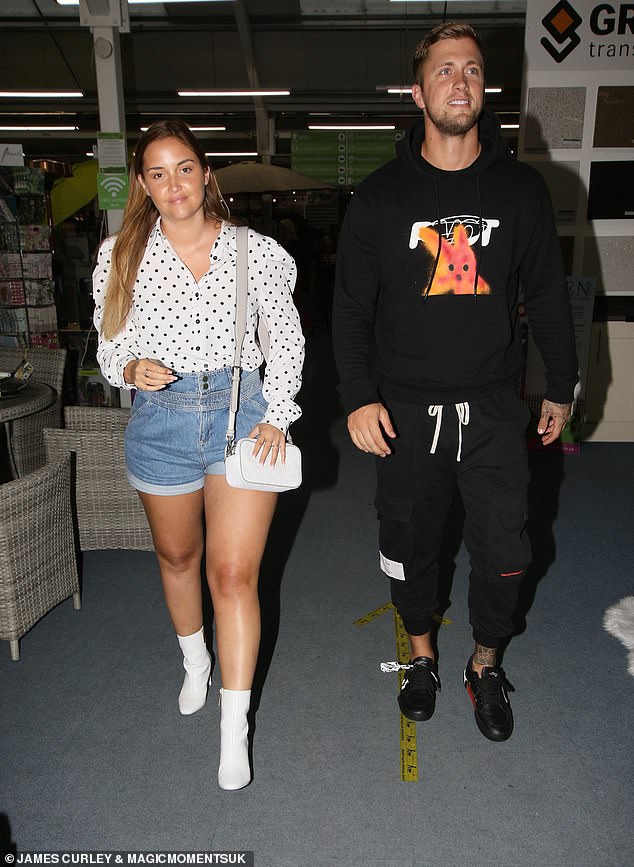 Couple: Jacqueline Jossa, 27, looked chic in a polkadot shirt as she stepped out with Dan Osborne at Bobby Norris’ Celeb BBQ night in Essex on Saturday

Jacqueline flaunted her tanned legs in the summer shorts and added some extra height to her frame in a pair of white ankle boots.

The mother-of-two wore her blonde tresses down for the evening and added a full face of makeup, including a pink lipstick to accentuate her pretty features.

While her husband Dan also showed off his fashion credentials at the event, donning a black tracksuit.

He completed his casual ensemble with a pair of black trainers and ensured he was impeccably groomed, brushing his locks to one side.

Style: The actress looked sensational as she flaunted her tanned legs in denim shorts 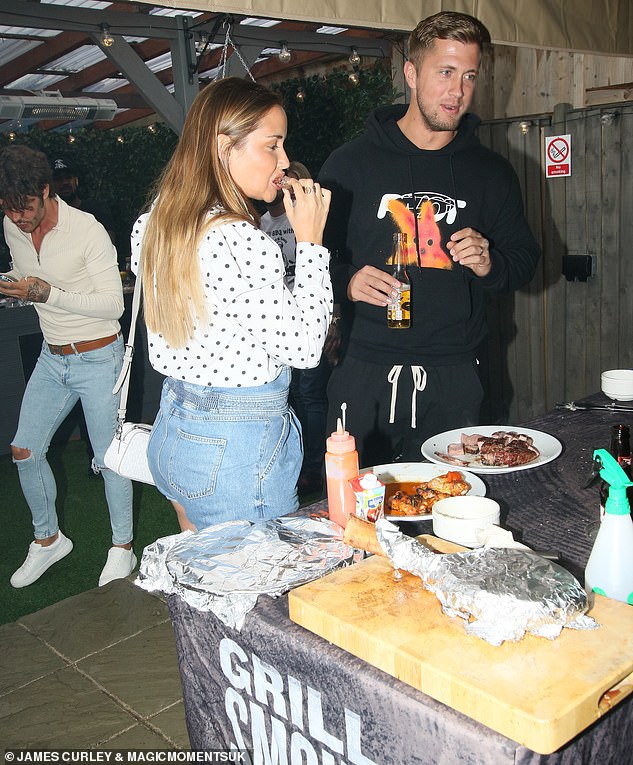 Tucking in: Jacqueline and Dan appeared to be in good spirits as they helped themselves to some food

The outing comes after Jacqueline admitted that she is very ‘forgiving’ and is perfectly capable of being by herself in a new candid Q&A.

The revelation came after the former EastEnders star enjoyed a date night with husband Dan on Thursday after he finally confessed to cheating on her. 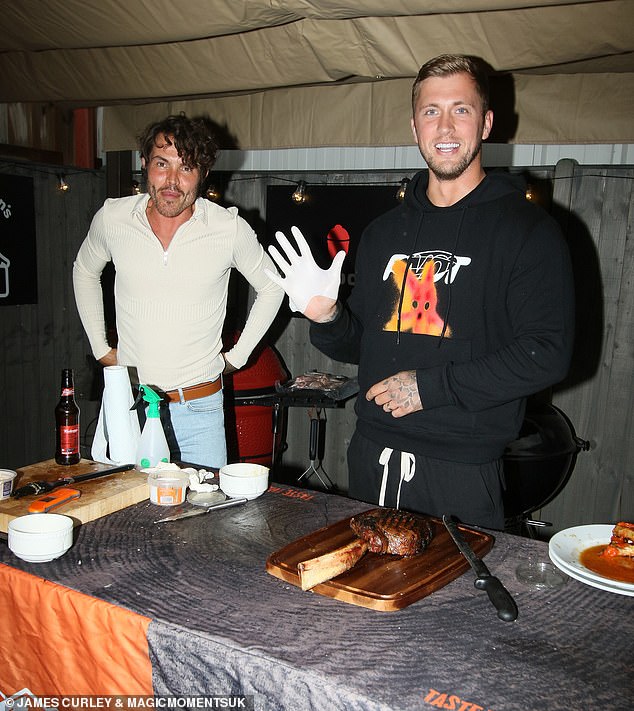 Getting involved: Dan even seemed to help out, donning a white glove as he stood next to Bobby

During the interaction, the soap star declared that she could easily be by herself but she doesn’t want to and also said that her family is ‘everything’.

Jacqueline shares daughters Ella, five, and Mia, two, with Dan, who also has son Teddy, six, from a previous relationship.

One fan asked: ‘You are scared to be on your own’, to which she defiantly hit back with: ‘That couldn’t be further from the truth, I am quite a capable human being. If I wanted to be on my own, I could, very much so, but I don’t.’ 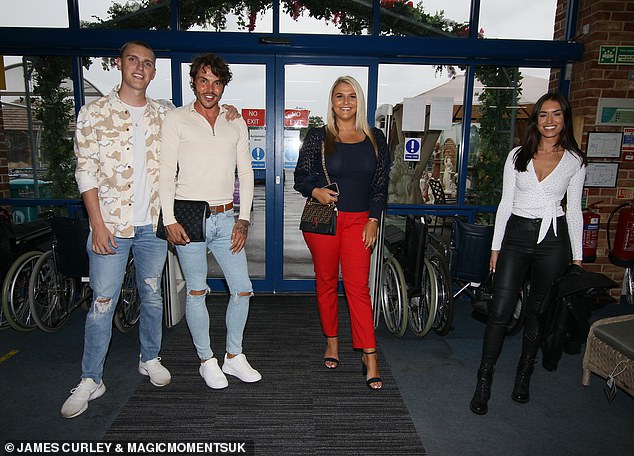 All together: Also seen at the event held at Altons Garden Centre was host Bobby Norris and TOWIE’s Saffron Lempriere and Clelia Theodorou 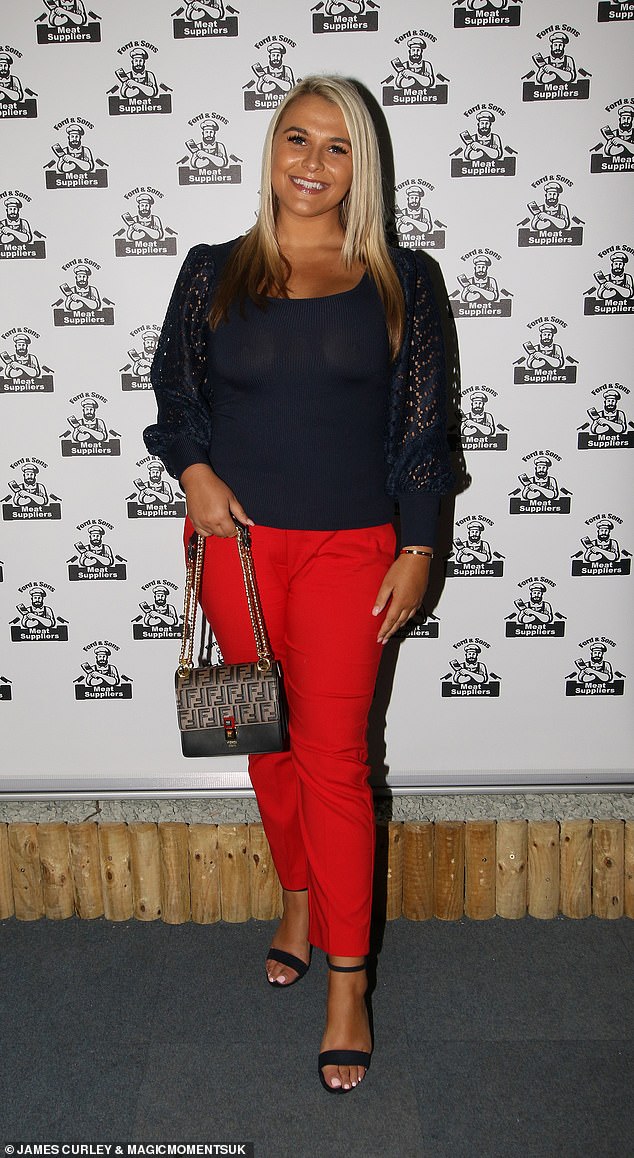 A different fan said: ‘You would do anything for your family’, with Jacqueline revealing: ‘Yeah, of course, I don’t really know many people in my life who wouldn’t because family is everything, isn’t it? There’s nothing more important than family.’

During the Q&A Jacqueline also admitted that she does still care what people think of her, she gives 100% to everything she does and although being positive she has had her ‘fair share’ of down days.

The star also revealed that she planned to have children when she was older but ‘life is life’ and that she would like a little boy. 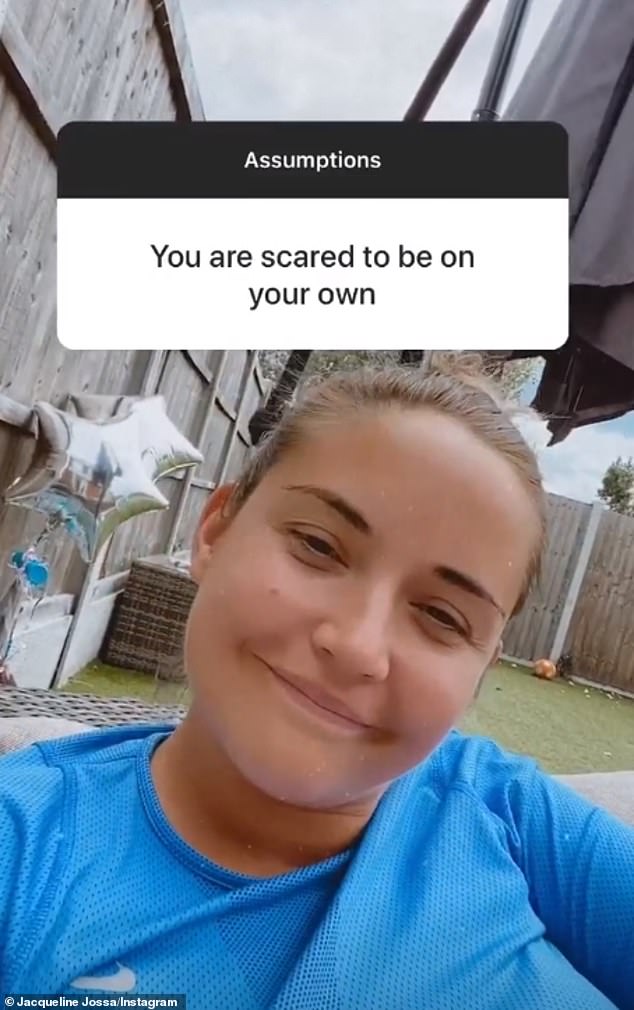 Candid: Jacqueline recently admitted that she is very ‘forgiving’ and is perfectly capable of being by herself in a new candid Q&A

Days earlier, Dan admitted he had cheated on actress Jacqueline, but insisted that they had moved past it and were planning to renew their wedding vows.

Speaking of his infidelity last Friday, Dan said that ‘if it was the other way around’, and Jacqueline had been unfaithful, he would have left her.

He also revealed that he’s previously told his wife of three years that he wouldn’t ‘blame’ her for walking away from their marriage.

In a candid interview with The Sun Online, Dan said: ‘There have been times where if it were the other way round, I would have left. 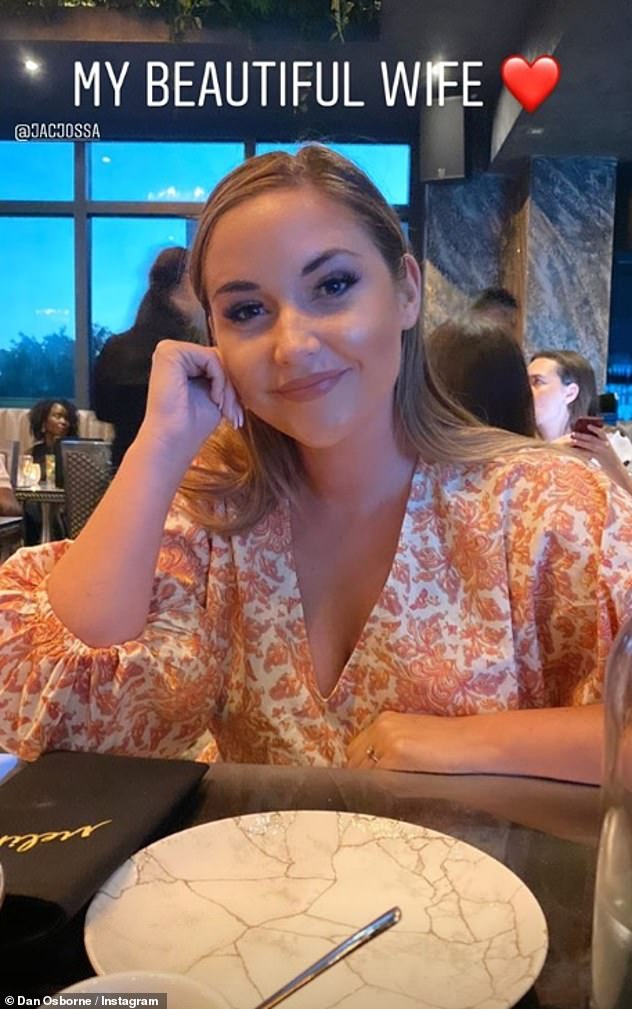 Moving on: The revelation came after the former EastEnders star enjoyed a date night with husband Dan on Thursday after he finally confessed to cheating on her 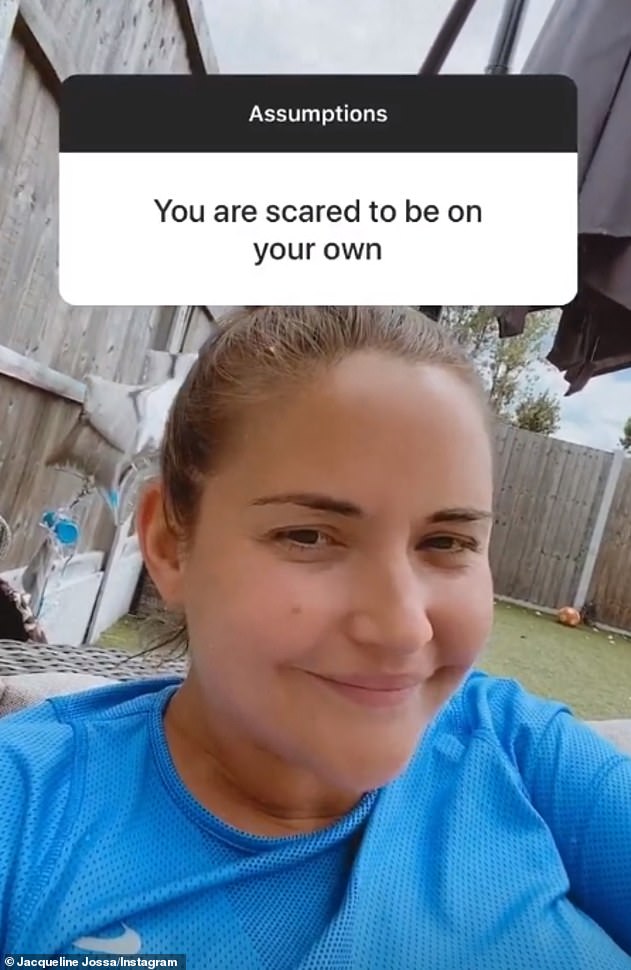 Cryptic: During the Instagram interaction, the soap star declared that she could easily be by herself but she doesn’t want to and also said that her family is ‘everything’

‘I would have gone, so I’ve said to her “I wouldn’t blame you if you left me”. I’ve said that to Jac. If it was the other way around I’d be gone.’

During the interview, Dan also said the couple are focusing on the future, which includes renewing their wedding vows and trying for another baby.

In the candid chat with the publication, Dan failed to clarify which cheating rumours are true, with the couple having been rocked by many over the years.

Most notably Dan was accused of cheating on Jacqueline with Love Island star Gabby Allen in 2018, something they’ve both insisted wasn’t true. 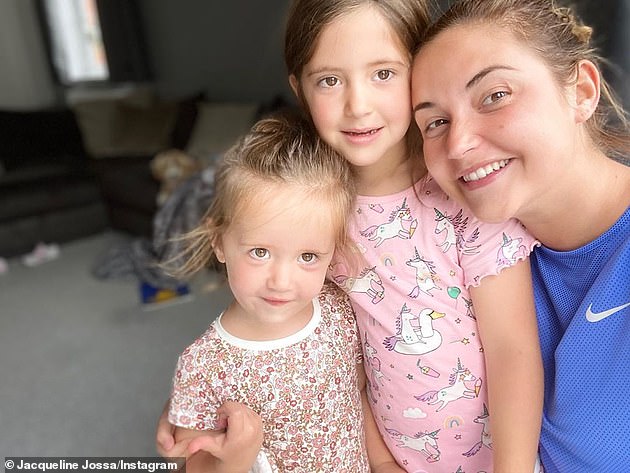