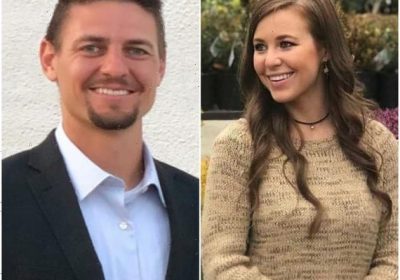 At this point, there’s really no denying it:

As you probably know, Jana and Stephen have not publicly confirmed their relationship, but those who know the Duggar family well enough are fully capable of spotting the signs of a courtship

And it’s been especially easy in this case, as Jana and Stephen don’t seem to be putting much effort into hiding their love for one another.

First, Jana spent Christmas in Nebraska with the Wissmanns.

And if you know what a big deal Christmas is in the Duggar household, then you know that’s not a decision she made lightly.

Shortly thereafter, the Wissmanns attended the wedding of Jed Duggar and Katey Nakatsu in Arkansas.

Due to Covid, the guest list was kept extremely short, so it’s a very big deal that Stephen’s entire family made the trip to Springdale.

Through it all, however, Jana and Stephen have never posed for a photo together — or at least not one that was later posted anywhere that fans might see it.

Sure, we saw them unwrapping presents together in Omaha, but they were standing on opposite sides of the room, and anyone seeing the pic without context would assume they were brother and sister.

But in this latest pic, Jana and Stephen both looked into a camera and smiled — together.

Of course, they were hanging out with a large group, but that’s the norm in a family that teaches premarital sex is punished by eternal hellfire, and all dates must be chaperoned in order to steer clear of the aforementioned torment.

Anyway, it might not seem like it now, but Jana and Stephen posing together is a very big deal.

Depending on when these two are planning to get hitched, this might be the last we see of them together before the wedding.

Of course, there’s another possibility — one that’s too terrible for Jana fans to even consider:

It’s possible that she and Wissmann really are just friends.

It could be that Jana simply has no interest in getting married, even when she’s being actively pursued by someone as eligible as Stephen.

Or maybe the two of them both wanted to get their families off their backs and they figured this would be an easy way to do it.

For the record, we 100 percent believe that Jana and Stephen are dating.

We also believe that this is Jana’s first serious courtship, and that it will end in marriage

But in the interest of playing devil’s advocate and managing expectations, we’d like to point out that it’s totally possible these two enjoy each other’s company on a purely platonic level.

Of course, what’s much more likely is that Jana and Stephen are currently in the midst of planning a wedding.

It will likely be a relatively low-key affair (by Duggar standers) like Jed’s, with very few guests in attendance.

But considering how long fans have been waiting, we wouldn’t be suprised if there’a a TLC camera crew there to capture the magic.