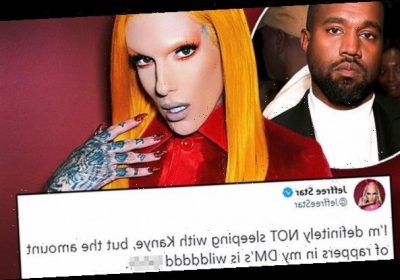 Jeffree Star has made it clear that he has nothing to do with Kanye West after ridiculous rumors about the pair circulated on social media last week.

But that doesn’t mean the makeup guru isn’t getting attention from the Yeezus artist’s rap peers.

Though Jeffree, 35, laughed off the lurid lies about West, 43, once more on Twitter Wednesday, he revealed how a ‘wild’ amount of other rappers have slid into his DMs. 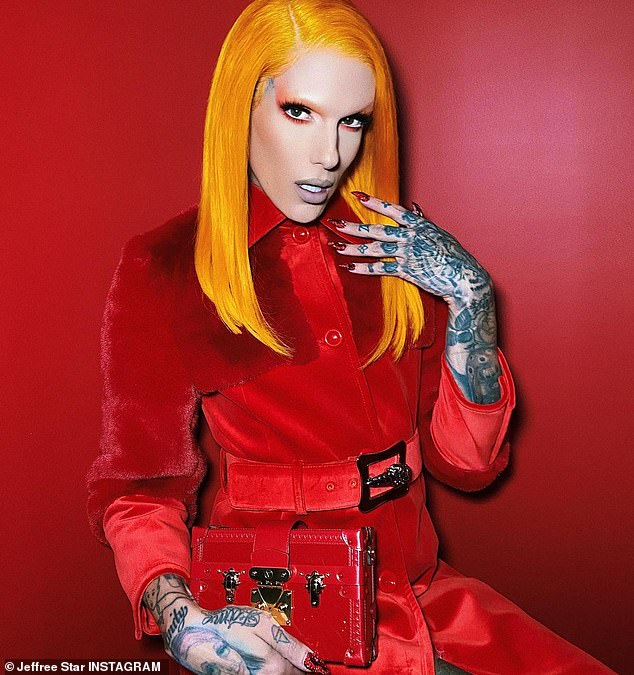 Popular: Jeffree Star again denied any involvement with Kanye West on Wednesday but did dish that a ‘wild’ amount of other rappers have slid into his DMs 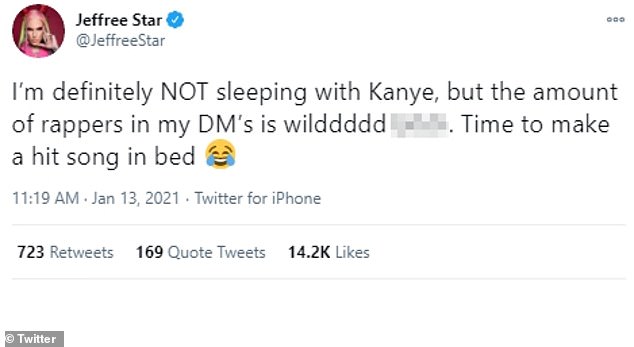 Dishing: Though the makeup mogul, 35, laughed off the lurid lies about West, 43, he had other gossip to share

‘I’m definitely NOT sleeping with Kanye,’ he reiterated. ‘But the amount of rappers in my DM’s is wilddddd b****.’

Then Star said he was off, adding: ‘Time to make a hit song in bed.’

Last week rumors that the husband of Kim Kardashian was sleeping with the veteran social media personality emerged after a TikToker said she had info about West and his relationship with a ‘very famous male beauty guru.’

Neither Jeffree nor any other makeup pros were mentioned.

Star quickly set the record straight, taking to his beloved YouTube last Thursday to call the unfounded gossip ‘weird’ and ‘stupid’ while adding that the pair ‘never hung out.’

In the clip, titled Addressing The Kanye Situation, the cosmetics guru said: ‘I’m single … I’m not sleeping with anyone.’ 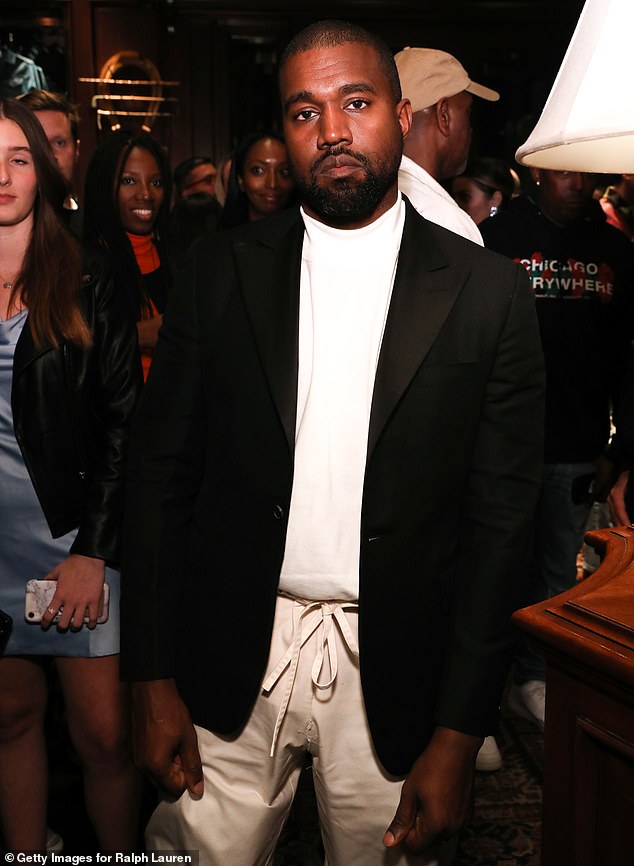 Other things on his mind: The rumors came amid reports his marriage with Kim Kardashian is over. He’s seen in 2019 above 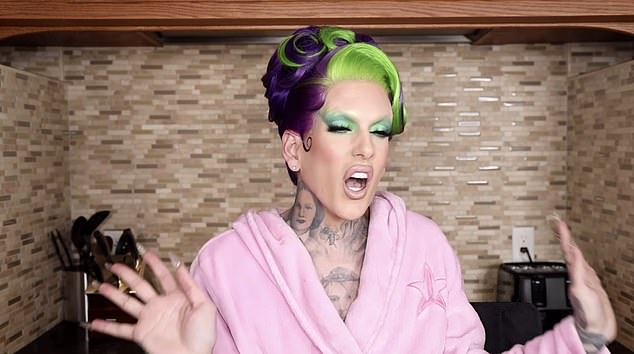 Clarification: Jeffree was quick to set the record straight after completely unfounded rumors about a relationship with Kanye found their way onto the internet last week

‘This is so weird … this is so stupid. Let me just say this one time … I like very tall men.’

Star continued: ‘Me and Kanye have never hung out, and this whole thing is really funny. I get why people are really laughing about this. In an old song of mine from 2009 called B**** Please, I say a line about Kanye.

The makeup artist captioned the clip, ‘Hi 2021, let’s relax. Addressing this Kanye West and Jeffree Star situation and the truth about why I moved to the state of Wyoming.’

A source close to the Kardashian family said to E! News that ‘there is absolutely no truth to Jeffree and Kanye rumors.’ 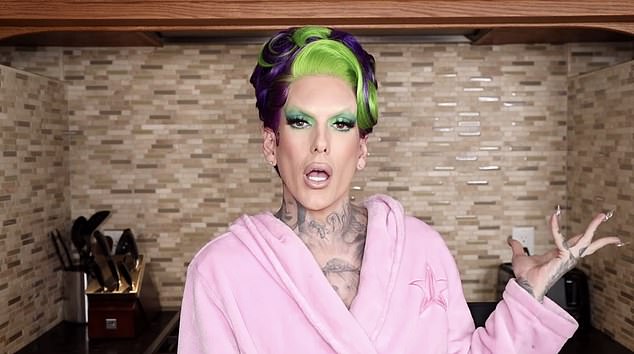 Ridiculous: Star said in the clip, ‘I’m single … I’m not sleeping with anyone. This is so weird … this is so stupid’ 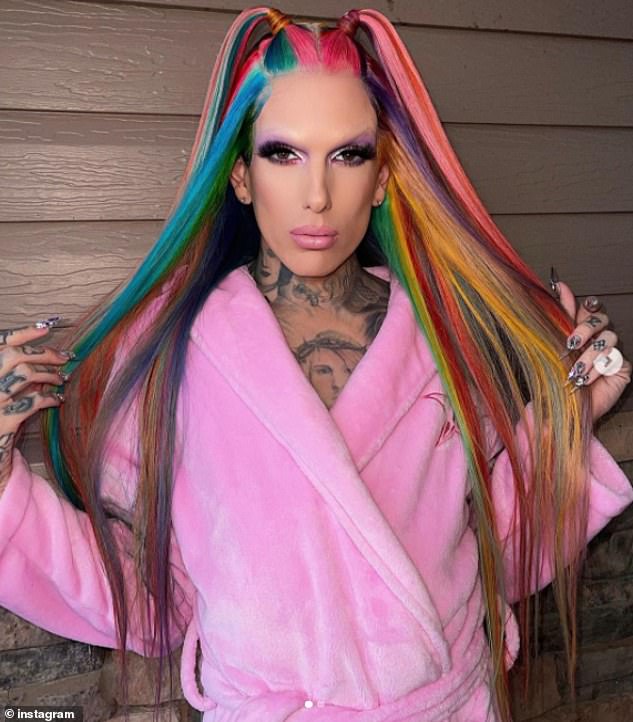 Holy moly: Star he had a little fun with the fiction, taking to Instagram last weekend to share an ultra-glam selfie which he captioned: ‘Ready for Sunday Service’

Still, Star had a little fun with the fiction taking to Instagram last weekend to share an ultra-glam selfie which he captioned: ‘Ready for Sunday Service.’

Meanwhile, Kanye’s relationship with Kim is still said to be on the rocks, with many  insiders claiming divorce is imminent.

A family insider for the weekly said: ‘Kim and Kanye’s marriage is beyond repair.

‘Kim is over Kanye’s chaos, and at this point she just wants to focus on the kids and her own life.’ 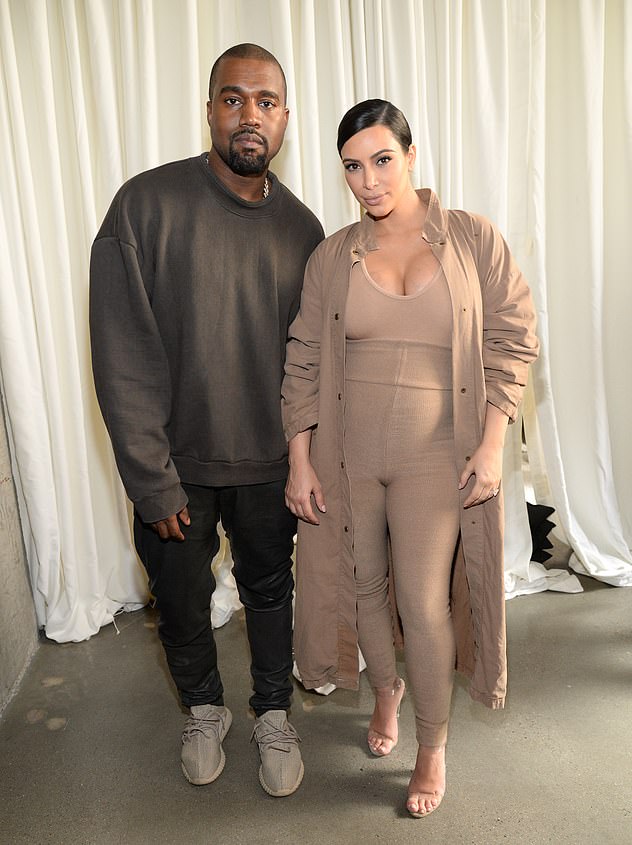 End of the road: A Kardashian family insider said ‘Kim and Kanye’s marriage is beyond repair’ at this point. They’re seen i n 2015 above

Kim and Kanye married in Florence, Italy, back in May 2014 and share daughters North, seven, Chicago, two, and sons Saint five, and Psalm, one.

The divorce reports follow a rocky year which saw the couple pictured in tearful ‘crisis talks’ after the rapper’s series of explosive Twitter posts in the grips of a bipolar episode during a bizarre presidential run.

A source for People said: ‘If I had to say the final straw, I believe it was a combination of the Presidential run and his Twitter rants.

‘It created havoc at home. And though Kim is well aware of his issues, and tried to help him, she realized it was futile.’ 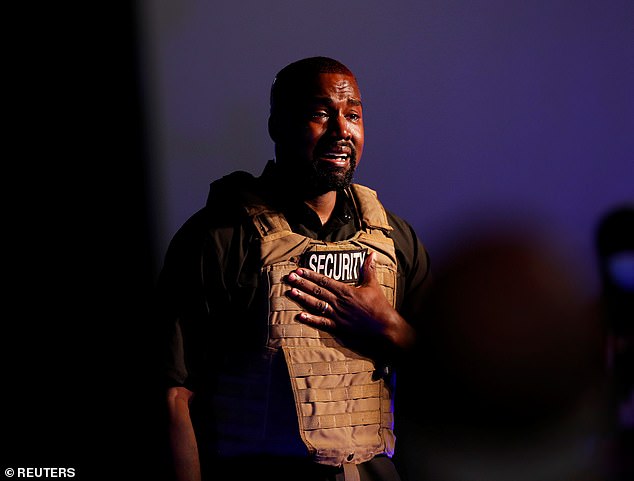 Beyond: A source for People said ‘If I had to say the final straw, I believe it was a combination of the Presidential run and his Twitter rants. He’s seen during his first campaign rally in North Chaleston, South Carolina last July