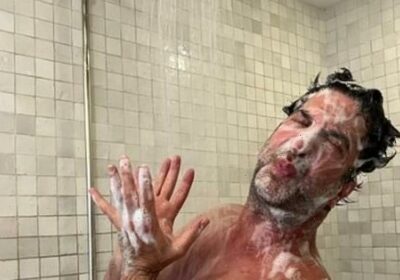 On Sunday, Aniston, 53, posted a sexy snap of her taking a shower in promotion of her haircare line LolaVie, prompting Schwimmer, 55, to troll her with a snap of himself bathing as well.

‘Something’s coming (shower emoji) 9.8.22,’ Jennifer captioned her original post, which saw her taking a rinse beside her products. 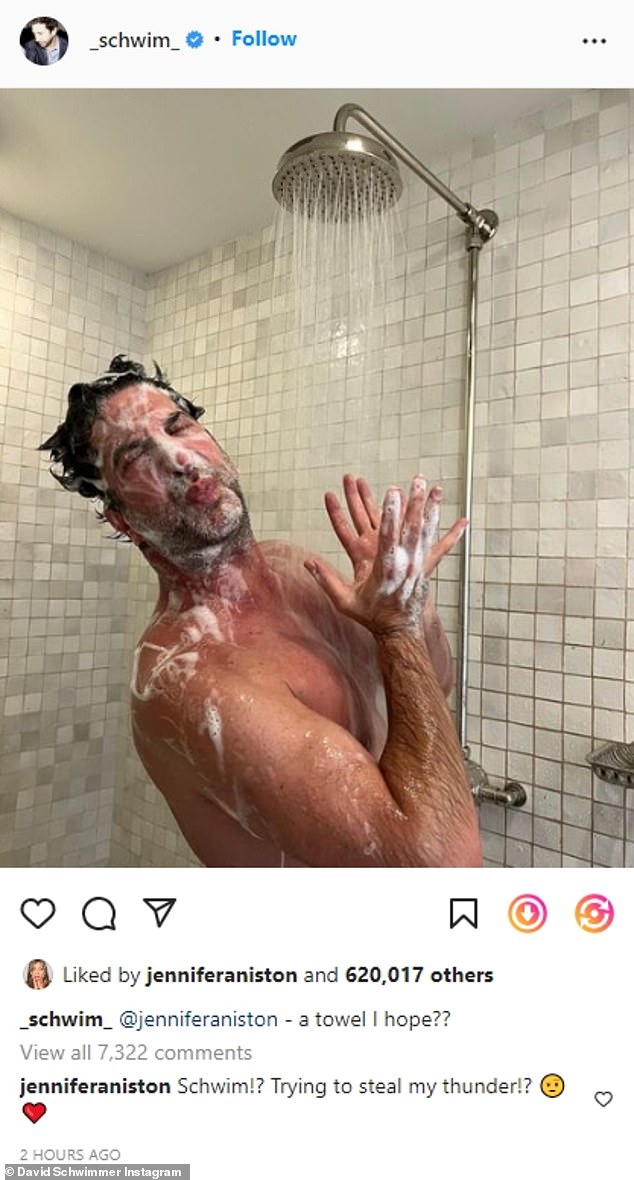 ‘Trying to steal my thunder!?’ Jennifer Aniston and David Schwimmer delighted Friends fans everywhere with a sassy back-and-forth on Instagram

She cast her face towards he water as she stood with her back towards the camera and soap lingering on her skin and hair.

A few days later, David hit back with his own photo.

The actor posted a hilarious snap of him in the middle of a shower, but unlike the tone of Jennifer’s sexy snap, was far more clumsy as he squinted his eyes and rocked a face full of soap.

‘@jenniferaniston – a towel I hope??’ he captioned the photo, in direct response to her original caption. 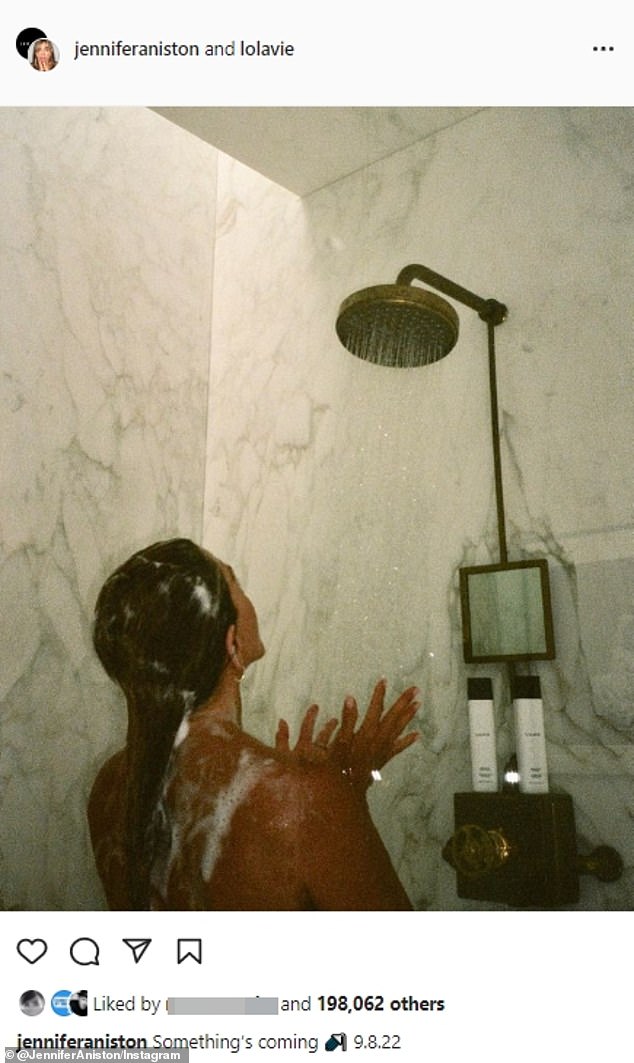 Making a splash! ‘Something’s coming (shower emoji) 9.8.22,’ Jennifer captioned her original post, which saw her taking a rinse beside her products 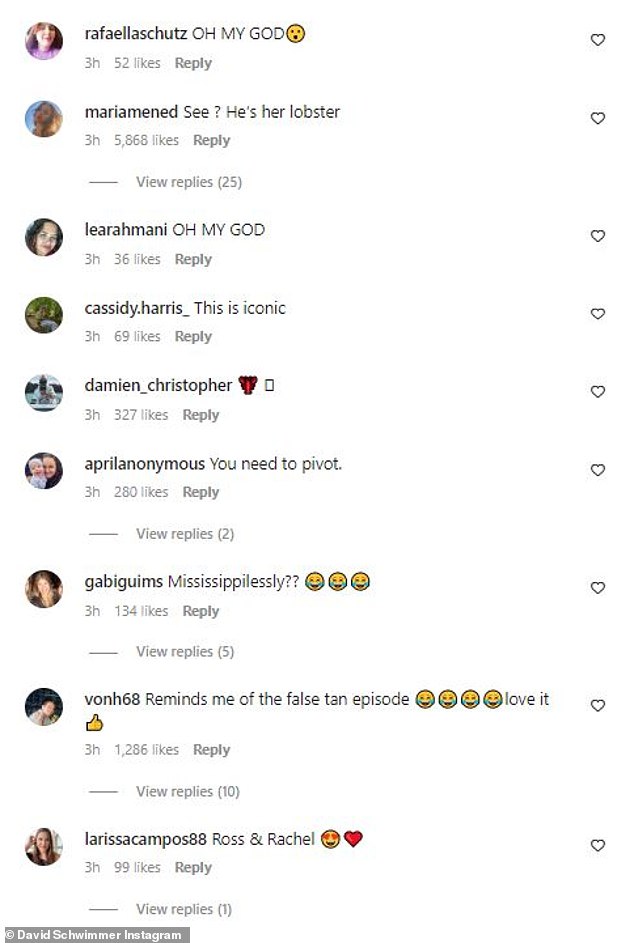 Live for it! Fans went wild seeing the playful interaction in the comments section

Jennifer replied in the comments section: ‘Schwim!? Trying to steal my thunder!?’ along with a concerned-looking emoji and heart.

‘STOP I LIVE FOR THESE INTERACTIONS,’ another commented. 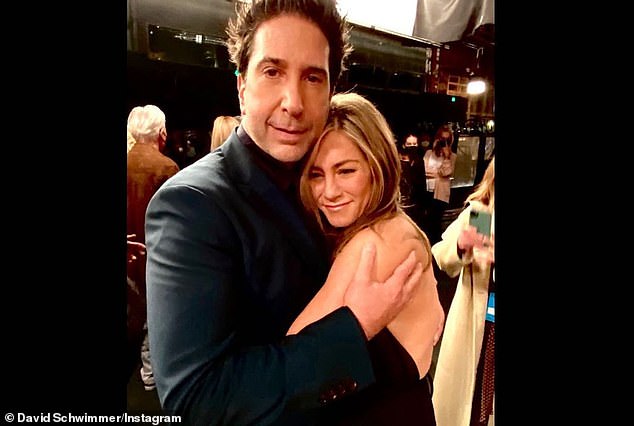 Real life chemistry! The interaction comes a year after the duo shocked fans by revealing they once had crushes on each other while filming Friends

‘Ross & Rachel,’ commented another, who added a heart eyes and heart emoji.

‘Thank goodness it wasn’t the same shower… You guys would have broken instagram,’ another joked.

The interaction comes a year after the duo shocked fans by revealing they once had crushes on each other as they played Ross Geller and Rachel Green on Friends.

‘At some point, we were crushing hard on each other,’ Schwimmer admitted during the Friends reunion. ‘But it was like two ships passing, because one of us was always in a relationship and we never crossed that boundary. We respected that.’ 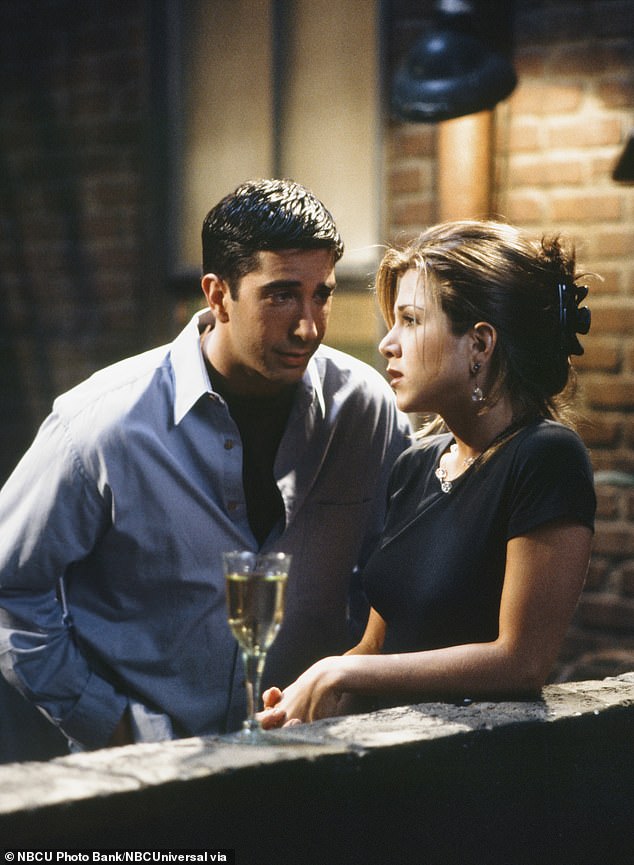 I’ll be there for you! Aniston played Rachel Green and Schwimmer starred as Ross Geller in the hit sitcom

Co-star Matt LeBlanc said under his breath that was ‘bullsh*t,’ which won laughs.

Aniston added, ‘Honestly, I remember saying one time to David, “It’s going to be such a bummer if the first time you and I actually kiss is going to be on national television.” Sure enough, first time we kissed was in that coffee shop.’

Schwimmer was married to Zoe Buckman from 2010 until they split in 2017; the share daughter Chloe. 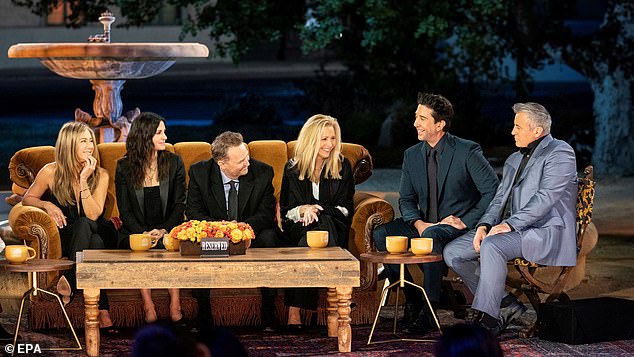 Friends forever! The duo made the revelation during the HBO Max Friends reunion last year