Home » Celebrities » Jeremy Clarkson battled coronavirus over Christmas: 'It was quite scary'

Jeremy Clarkson battled coronavirus over Christmas: 'It was quite scary' 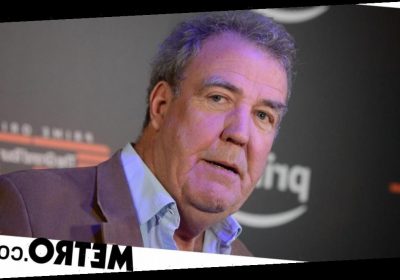 Jeremy Clarkson has revealed he battled coronavirus over Christmas and found it ‘quite scary’ not knowing whether he’d need to go to hospital or not.

The Grand Tour host, 60, revealed he came down with Covid-19 four days before Christmas after waking up with ‘soggy sheets’ and a constant dry cough.

After testing positive, Jeremy told The Times: ‘The doctor was very clear: I’d feel under the weather for between five and 14 days and then I’d either get better or I’d have to go to hospital.

‘Where, because I am 60 and fat, and because I’ve smoked half a million cigarettes and had double pneumonia, I’d probably die, on my own, in a lonely plastic tent.’

Jeremy was forced to self-isolate with his wife and children in the ‘smallest cottage in Christendom’, where he ‘took [himself] off to bed […] to wait for the Grim Reaper to pop his head round the door. I’m not going to lie — it was quite scary.’

He added: ‘With every illness I’ve had, there has always been a sense that medicine and time would eventually ride to the rescue, but with Covid-19 you have to lie there, on your own, knowing that medicine is not on its way and that time is your worst enemy.’

Thankfully, Jeremy says he ‘didn’t feel too bad’ as he weathered the storm but worried about his doctor’s warning that things could suddenly get worse when his breathing started to get laboured.

The former Top Gear host revealed that he saw members of his family who are also in tier two in the garden, socially distanced in a mask on Christmas Day.

He also admitted that he doesn’t know of he is fully better yet or whether he will have any immunity to catching coronavirus again as there is still so little information known about the virus.