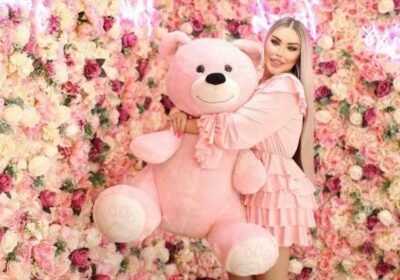 The 38-year-old TV star revealed how she felt after transitioning from Human Ken to Human Barbie, saying, ‘This is the final product. I feel 95% happier. I think that I look great.’

AceShowbiz –Jessica Alves is “95 percent happy” after transitioning from Human Ken to Human Barbie. The 38-year-old TV star, who was born male as Rodrigo Alves but underwent sex reassignment surgery in 2021 after coming out as a trans woman the year before, became known as the Human Ken Doll but spent a reported £1 million on cosmetic work to look like the Mattel doll’s famous girlfriend and has had her eyes tailored in the style of supermodel Bella Hadid.

“After so many plastic surgeries I changed my appearance. There is an association that I look like Barbie but I was nicknamed Ken for ten years. Surgery after surgery I am the woman that I am today,” she said. “This is the final product. I feel 95% happier. I think that I look great. I look good and when I wake up in the morning I look in the mirror and say thank you to God, my family and my doctor.”

“So basically I had a facelift but a facelift upwards so the doctor instead of making cuts, he did four incisions and he was able to go through my skin, tighten the muscles on my face and lift my eyes, my cheeks and my forehead. He calls the eye surgery Bella eyes, after Bella Hadid.”

However, the former “Celebrity Big Brother” star, who recently posed as the iconic fashion doll and unveiled the transformation to her 6.4 million Instagram followers, went on to explain that while she is “really happy” with her look, it has been “impossible” to find a surgeon to shape her nose in the way she would like despite having had more than ten operations.

Speaking on ITV’s “This Morning“, she told hosts Vernon Kay and Rochelle Humes, “I lost a lot of things during COVID, and coming back to life post-COVID I’m really happy. I had more than ten plastic surgeries on my nose.”

“It has been impossible to find a surgeon that can actually fix my nose. If you know any good doctors I would like to fix it but if I can’t then I will just have to live with it. I’m very happy with everything else, my curves, my body.”