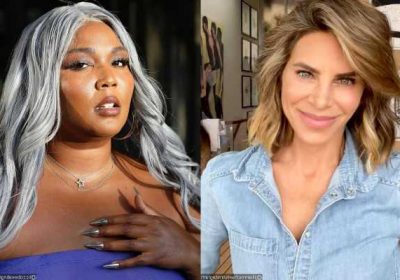 When addressing backlash over her comments about the ‘Truth Hurts’ hitmaker’s weight, the former trainer on ‘The Biggest Loser’ clarifies that people should celebrate someone for their ‘quality’ instead of their figure.

AceShowbiz –Jillian Michaels has once again addressed backlash over her comment about Lizzo‘s weight. More than a year after she was accused of fat-shaming the “Truth Hurts” hitmaker, the former trainer on “The Biggest Loser” claimed she didn’t specifically bring the femcee’s name when speaking about obesity.

The 47-year-old offered her clarification when appearing on “The Carlos Watson Show” on Thursday, May 27. “I have never once actually brought her up. I would like to make that clear, she has been brought up to me and I would like to separate her from the issue if at all possible. And I should have done that the first time I was asked, I should have said let’s separate an individual from a conversation about health,” she explained.

“That is where I genuinely went wrong,” the fitness guru further acknowledged. “That is literally the only place that I will tell you that I went wrong if the conversation is about celebrating obesity. We should celebrate individuals. We shouldn’t celebrate somebody if they are big and we shouldn’t celebrate somebody if they are small, we should be celebrating somebody because of the quality of their character. Obesity is just unhealthy. That’s it.”

“And it has no merit on the quality of the human. They’re not connected. They are totally separate issues,” she went on. “So the fact that somehow these things have become interwoven in some bizarre, politically correct alternate universe is an absolute shame because we’re not doing anyone any favors. When you are an expert in a category you have a responsibility to tell the truth.”

Jillian came under fire back in January 2020 after she expressed her disagreement about people celebrating the trend of body-positivity. “Why are we celebrating her body? Why does it matter? Why aren’t we celebrating her music? ‘Cause it isn’t going to be awesome if she gets diabetes,” she said at that time. “I’m just being honest. I love her music, my kid loves her music, but there’s never a moment when I’m like, ‘I’m so glad she’s overweight.’ Why do I even care? Why is it my job to care about her weight?”

Having found herself being dragged by social media users, Jillian was quick to explain what she meant in her previous statements. “As I’ve stated repeatedly, we are all beautiful, worthy and equally deserving. I also feel strongly that we love ourselves enough to acknowledge there are serious health consequences that come with obesity-heart disease, diabetes, cancer to name only a few. I would never wish these for ANYONE and I would hope we prioritize our health because we LOVE ourselves and our bodies,” she pointed out.