Home » Celebrities » John Boyega Isn't Joining the MCU Just Yet, Despite Rumors: 'That's Not in the Vision for Me Now'

John Boyega Isn't Joining the MCU Just Yet, Despite Rumors: 'That's Not in the Vision for Me Now' 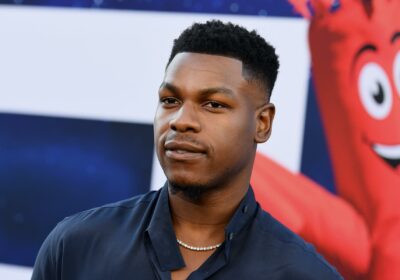 At this point, it seems like pretty much everyone is in the Marvel Cinematic Universe. Tom Holland, Harry Styles, Sebastian Stan, Zoe Saldana, and Gemma Chan are all in it. I’m in it, You’re in it. But John Boyega is delaying his inevitable MCU roster recruitment for the time being, despite recent rumors that he quietly took on a role in the ever-expanding franchise.

“That’s not in the vision for me now,” the 30-year-old actor told Men’s Health in a recent interview. “I want to do nuanced things… I want to donate my services to original indie films that come with new, fresh ideas because I know it’s real hard to top Iron Man in that universe.”

His agent expanded on the point, sharing that Boyega prioritizes accountability and “doesn’t want to be defined by any stereotypical roles.”

Plus, Boyega has already been through the Disney wringer once before, starring as the much underutilized Finn in the Star Wars franchise. In 2020, the actor opened up to British GQ about the marginalization and racist fan abuse that tainted his experience with the beloved franchise.

“What I would say to Disney is do not bring out a black character, market them to be much more important in the franchise than they are and then have them pushed to the side.,” he said at the time. “It’s not good. I’ll say it straight up.”

Boyega isn’t anti-big film franchise, though. Towards the end of his conversation with Men’s Health, the actor toyed with the idea of slipping into the world of James Bond. Nothing’s been set in motion just yet, he clarifies, “but you know if they give me that call, I’ll be there.”