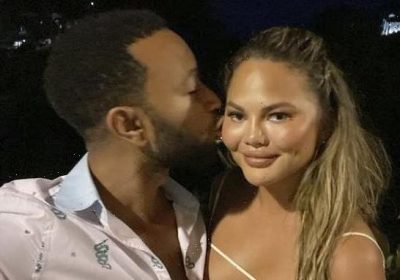 They’ve put thousands of miles between themselves and the cyberbullying scandal back home in the U.S. that refuses to go away.

And on Tuesday, during their luxury vacation in Italy, Chrissy Teigen and John Legend arrived in Portofino,  a small village on the Italian Riviera that holds special memories for them.

Sharing a photo of himself planting a kiss on his wife’s cheek to his Instagram, Legend posted: ‘We spent the evening in Portofino, the first stop on our honeymoon in 2013. It’s still magical.’ 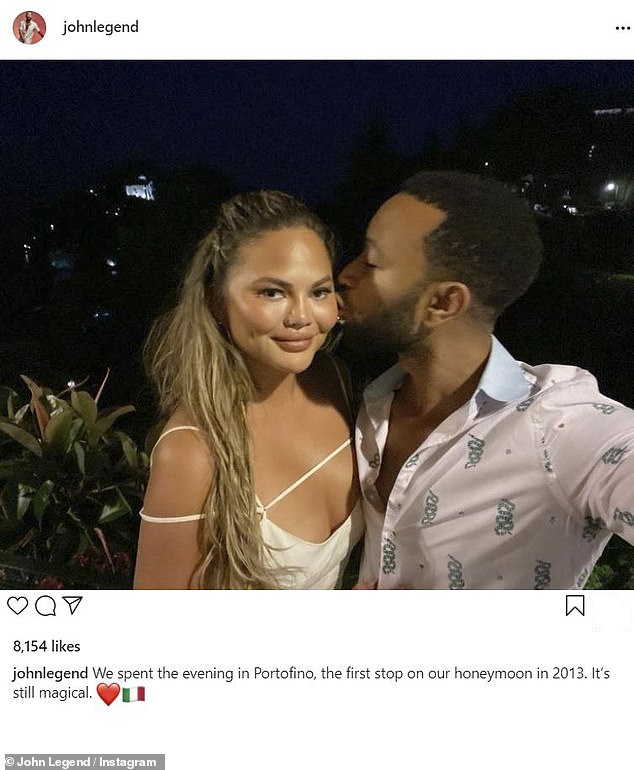 ‘Magical’: During their luxury vacation in Italy, Chrissy Teigen and John Legend arrived in Portofino on Tuesday, a village on the Italian Riviera that holds special memories for them

In the snap, Teigen is wearing a low-cut summer dress with spaghetti straps and is in full glam makeup with her hair styled in a half ponytail.

The lights of the coastal village are seen twinkling in the background.

The pair first met in 2006 on the set of the music video for the Grammy winner’s single Stereo.

They tied the knot on September 14, 2013, in Como in Italy and are now parents to daughter Luna, five, and son Miles, three. 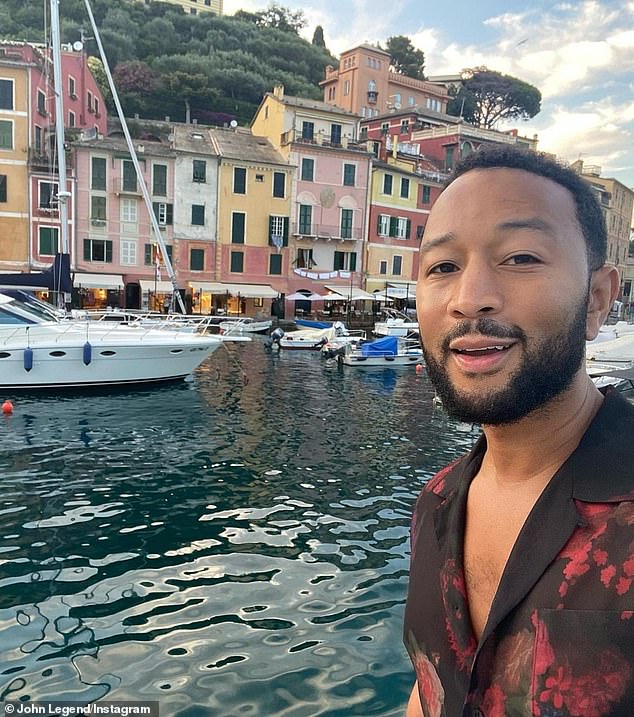 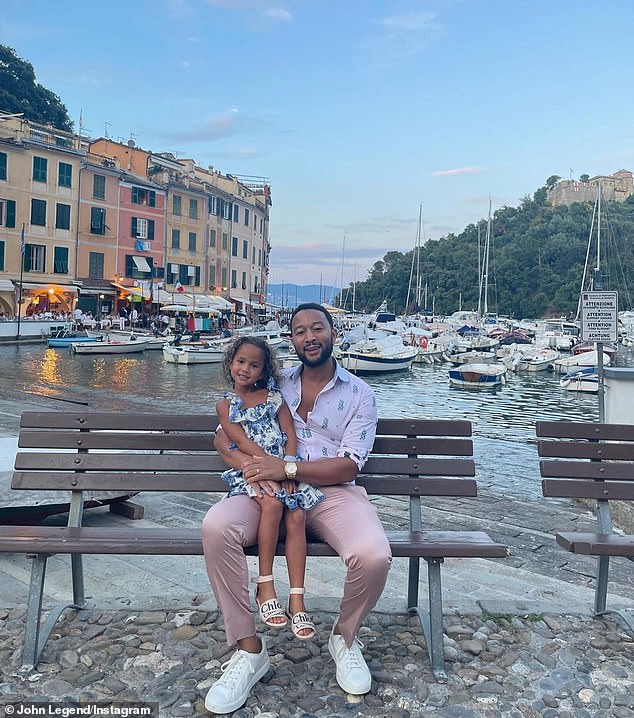 Doting dad: The Grammy winner also posed for a picture with daughter Luna, five, who, along with her brother Miles, three, are holidaying with their famous parents

Their celebrity world has been rocked, though, recently after it emerged that Teigen, 35, had posted hurtful messages on social media about a number of fellow celebrities including Lindsay Lohan, child Oscar nominee Quvenzhané Wallis and reality star Farrah Abraham.

In one of the most shocking revelations, she had bullied the then teenage Courtney Stodden in 2011 even suggesting she kill herself.

The model and cookbook author has since apologized but has had to deal with the fallout which has reportedly included losing some lucrative business for her cookware and other business ventures.

But the scandal doesn’t seem to be marring Teigen and Legend’s time in Italy as they tour the sights with their kids.

To date, they’ve been spotted visiting Rome and Florence before heading to the coast. 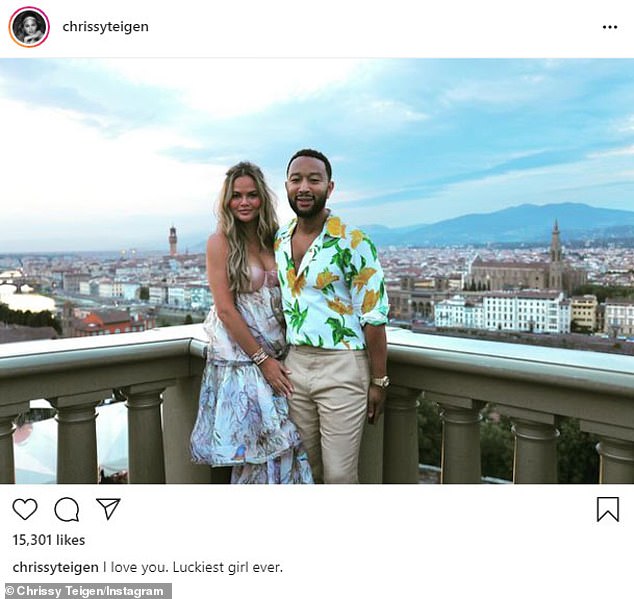 Couple: Teigen’s cyberbullying scandal doesn’t seem to be marring the couple’s time in Italy. To date, they’ve been spotted visiting Rome and Florence before heading to the coast