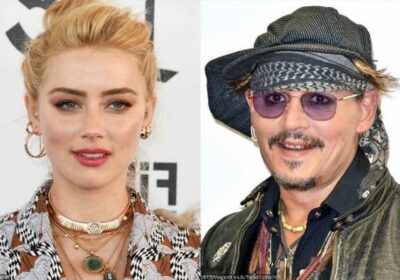 The ‘Pirates of the Caribbean’ star’s lawyer Camille Vasquez insists they only filed an appeal against the $2 million defamation compensation awarded to his ex-wife because she lodged an appeal first.

AceShowbiz –Johnny Depp‘s lawyer Camille Vasquez has reacted to Amber Heard filing an appeal. In a new interview, Vasquez insisted they only filed an appeal against the $2 million defamation compensation awarded to his ex-wife because she lodged an appeal first.

The former “Pirates of the Caribbean” actor, 59, submitted the legal documents last week after his ex-wife officially filed to appeal her defamation case against Depp. Entertainment Tonight, which obtained the papers last Friday, July 22, said they were filed by the actor’s legal team in Fairfax County, Virginia.

Despite Depp being awarded $10 million in damages and $5 million in punitive damages after his six-week trial against the “Aquaman” actress, 36, she was also awarded $2 million in compensation.

A source close to Depp told Entertainment Tonight “this was an overwhelmingly positive verdict for Mr Depp” and the “verdict speaks for itself.” And in a new television interview with Gayle King for “CBS Mornings“, which aired on Thursday, July 28, Depp’s attorney Vasquez was quizzed on whether they have a plan in place to fight the appeal, to which she replied, “Absolutely.”

“And we did. Mr. Depp ended up filing his own appeal so that the court could have the full record,” Vasquez explained further. “And, she insists on continuing to litigate this matter, and we have to protect our client’s interest.”

Vasquez went on, “We are just hopeful that the court will uphold the verdict, which we think was the right verdict, and allow both parties to move on.”

The source had said Depp “believes that this is a time for both parties to move on with their lives and heal.” But they added, “If Ms Heard is determined to pursue further litigation by appealing the verdict, Mr Depp is filing a concurrent appeal to ensure that the full record and all relevant legal issues are considered by the Court of Appeal.”

Following Heard’s notice of appeal, a spokesperson for the actress said, “We believe the court made errors that prevented a just and fair verdict consistent with the First Amendment. We are therefore appealing the verdict.” The rep continued, “While we realize today’s filing will ignite the Twitter bonfires, there are steps we need to take to ensure both fairness and justice.”

Heard’s appeal came despite her being denied a request for a new trial. Depp’s representatives are confident the ruling she must pay out would not be reversed.

During an interview in June on “Good Morning America“, a lawyer for Depp suggested the actor might be willing to forgo the multi-million dollar damages award if Heard agreed not to go ahead with an appeal.

The actress’ lawyers lost the chance during a June 24 hearing when they declined to make the agreement and Judge Penny Azcarate finalized the verdict, leaving Heard’s only way forward an appeal.