Justin Bieber and wife Hailey put their love on display 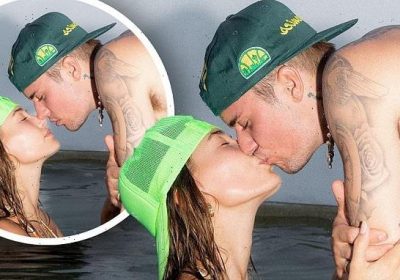 Earlier this week, Hailey Bieber called the ‘narrative’ surrounding a viral video of her husband Justin ‘yelling’ at her as ‘beyond false.’

And just days later, Justin and Hailey pushed aside the controversy as they put their love on full display in affectionate snaps.

The pop star, 27, and the model, 24, kissed and cuddled while enjoying hot tubbing with pals in the Instagram pictures he shared Friday afternoon.

Hailey was in the hot tub while Justin had just his feet in it, with him leaning down to reach her for a kiss.

Hailey had her arm on his as they kissed in the three images, both with matching backwards hats.

Hailey donned an orange and white bikini top with her blonde tresses loose around her. 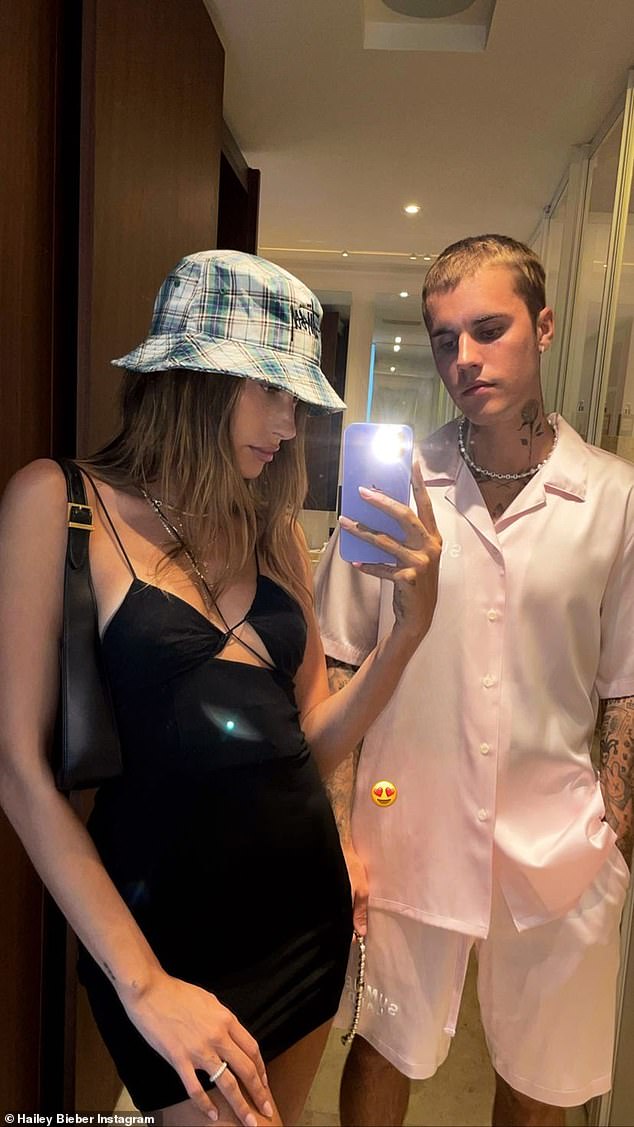 Couple: Earlier this week, Hailey Bieber called the ‘narrative’ surrounding a viral video of her husband Justin ‘yelling’ at her as ‘beyond false’

Justin also shared another slideshow as he hung out with pals at the beach.

The snaps comes just days after a viral video emerged of Justin shouting at her following his performance on Saturday night.

Fans and onlookers claimed it was not as it seemed, claiming that he was simply ‘hyped’ after a surprise appearance at XS nightclub with Diplo at the Wynn Las Vegas.

He was seen throwing his hands in the air while while through the casino with Hailey, his wife of two years.

The stars were seen being escorted by their security guards as fans clamored for their attention.

Bystanders told TooFab that ‘he was not yelling’: ‘We were there to witness what went down. He was all adrenaline.’

Adding: ‘It doesn’t matter how the f**k it “appears” to you. Don’t spread false information on someone especially when you acknowledge that’s just what it appears to you. That’s defamation of character.’

Soon after, Hailey took to her Instagram stories to break her silence on the viral video.

She posted a kissing snap of them with the caption: ‘Reminiscing on how amazing last weekend was. Had the best time surrounded by so much love.’

Adding: ‘Any  other narrative floating around is beyond false. Don’t feed into the negative b******t peeps,’ with a peace sign emoji.

Hailey has been in Venice, Italy while partner Justin is at home in Los Angeles. 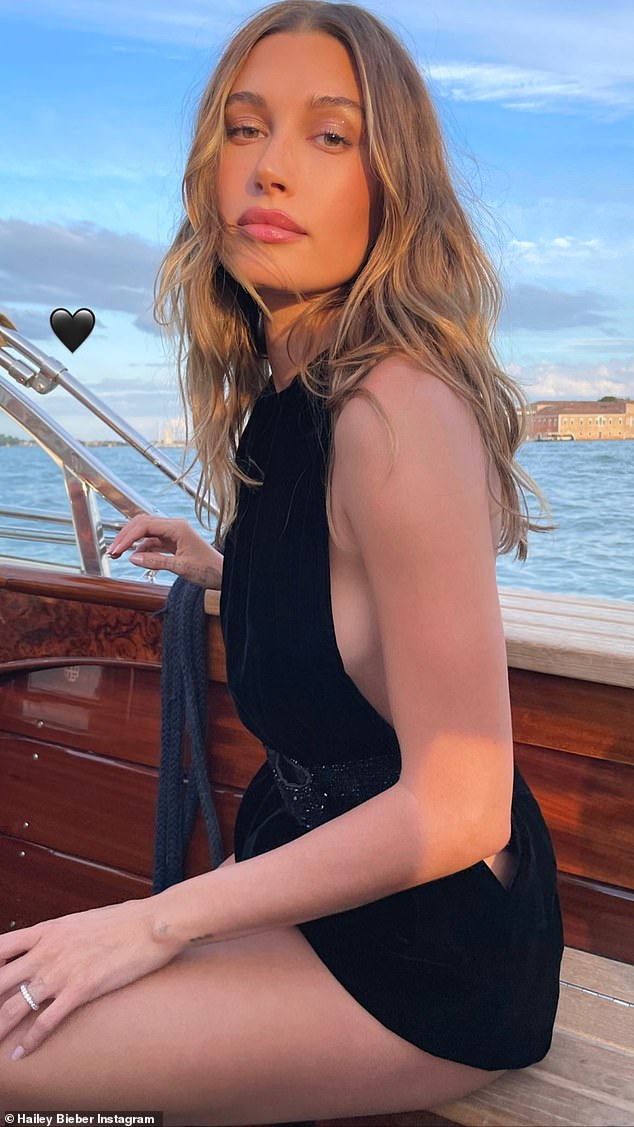 Europe: Hailey has been in Venice, Italy while partner Justin is at home in Los Angeles