Kailyn Lowry: I’m Worried My Baby Daddy May Kill Someone! 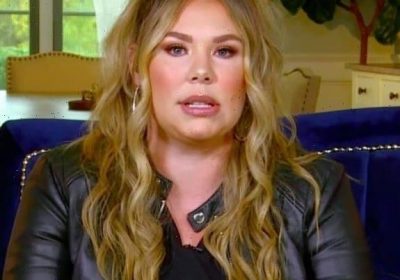 Kailyn Lowry has said the following for the entire world to hear, ponder and perhaps shudder over:

One of her baby daddies thinks he could get away with murder.

To be clear, this baby daddy has not committed a murder. Nor does it sound like he plans on doing so at any point.

And yet, one could not be blamed for asking the following question in response to Lowry’s very recent admissiion: WTF is going on here?!?

Lowry and co-host Vee Rivera delved into an unusual topic on the latest edition of their podcast, Baby Mamas No Drama, talking in detail about putting together their own personal “If I Go Missing… ” file.

This is as strange as it sounds.

And then it got even stranger.

First, the women explained that they both apparently have an approximately 30-page report somewhere at home, which contains personal details such as physical attributes, their phone number and passwords to their accounts.

The document also includes intel on individuals they believe could be potential “suspects” in their disappearance.

Yes, Rivera and Lowry are so concerned they may get kidnapped down the line that they’ve done some police work ahead of time to help authorities track them and their assailant down when/if this crime takes place.

Better safe than sorry, we suppose.

“I have three specific people that I put in there so that they could be investigated,” Kailyn even says on air.

“Just because I have three baby daddies, I feel like they would be the number on suspects. All three of them would be number one.”

Lowry has a son by Jo Rivera (who is married to Vee… awkward!), a son by Javi Marroquin and two sons by Chris Lopez.

The Teen Mom 2 star proceeded to assure Vee that she isn’t really concerned about Jo causing her any harm. As for Javi and Chris, however?

“One of my baby fathers told me that he could get away with my murder. I’m not going to say who,” Kailyn confessed, outing him ahead of time to the cops and even adding:

“He’s definitely on the suspect list. Investigate him please.”

For a crime he has not yet committed.

Kailyn, it should be noted, does not exactly have her own clean past.

She was arrested in September for allegedly “punching” Lopez “several times with a closed fist” after he cut their oldest son’s hair without her permission.

The charges against her were later dropped, and Kailyn proclaimed her innocence, but Lopez’s sister told polce she was on the scene and that Kailyn really did assault her brother.

So… perhaps Lowry should be on the list of potential suspects of Lopez ever goes missing? We’re just sayin.

During an episode of her this same podcast, meanwhile, Lowry went ahead and took issues with all the men who have gotten her pregnant.

“The court system would rather see a father who will come and go as they please, in and out, inconsistencies for days, weeks, sometimes months…”

She also trashed Lopez on an old episode of Teen Mom 2 for “not stepping up like I thought he would.”

Does this mean Lopez might kill someone at some point in the future?

We highly doubt it.

But let’s be honest here, shall we?

Lowry is very obviously talking about her third baby daddy with this homicide-themed quote, isn’t she?