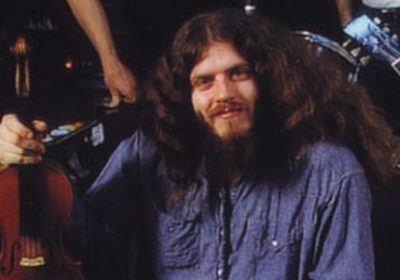 The rock violinist has passed away at the age of 71 after suffering sepsis just before he was about to be released from medical care and moved to a rehab center.

The violinist and singer passed away on Saturday (17Jul21), two months after he was admitted to the hospital with acute pancreatitis.

He was on his way to recovery and was about to be released from medical care and moved to a rehab centre when he suffered sepsis last week.

“We are beyond devastated as our lives were about to start a new adventure,” his wife Cindy tells Rolling Stone. “Robby just recorded his first solo album with the talented music producer Michael Franklin at Solar Studios. A tour to start in August, Robby was so looking forward to being back on stage doing what he loved.”

“I’ve always tried to share our lives with you but I ask you to please respect this heavy time of grief. I encourage you to share your stories and pictures of Robby on his page. My only regret is that I can’t share them with him to show him how much he is loved.”

Steinhardt was born in Chicago, Illinois, but grew up in Kansas, where his adoptive father was a music professor and the Chairman of the Music History and Literature Department at Kansas University.

Steinhardt grew up playing and studying classical violin, but in 1972, he joined the rock band White Clover, which eventually became Kansas. Steinhardt shared vocal duties with Steve Walsh on hits like “Carry on My Wayward Son” and “Dust in the Wind”.

He left the band in the early 1980s and formed Steinhardt Moon with Rick Moon while playing with the Stormbringer Band.

Steinhardt rejoined Kansas in the late-1990s but left the group again in 2006.