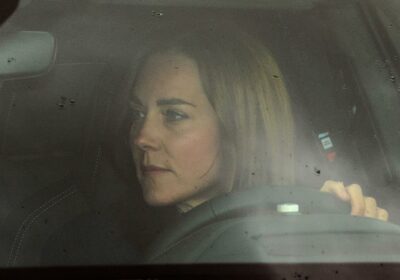 The Duchess of Cambridge has been pictured looking sombre as the British royal family arrives at Balmoral. Kate was pictured driving her car as she picked up her three children on Thursday in Windsor on the school run.

It comes as the royal family have arrived in Scotland to be by the Queen’s bedside following the news that the monarch is under medical supervision after doctors became concerned for her health. 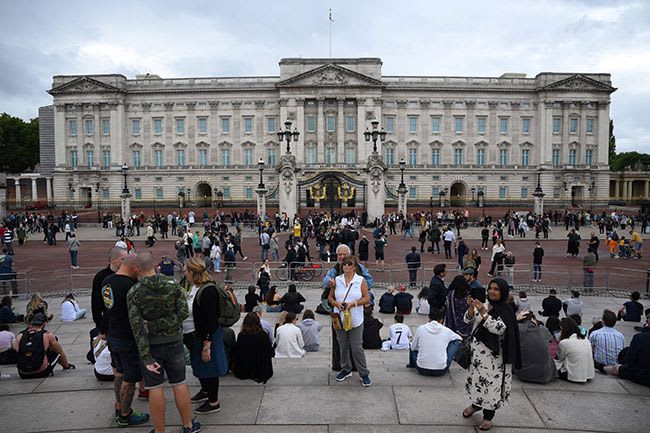 Royal Air Force flight KRF23R took off from RAF Northolt in South Ruislip, west London, at 2.39pm, according to flight tracking website Flightradar24.com and landed at Aberdeen airport at 3.50pm, which is about an hour’s drive from Balmoral.

Several members of the royal family – including Prince William, Prince Andrew, Prince Edward and his wife Sophie, Countess of Wessex – were onboard.

It is understood that Prince Harry and Meghan Markle, Duke and Duchess of Sussex, are on their way to Balmoral separately from other royals but have been in coordination with other family members’ plans. 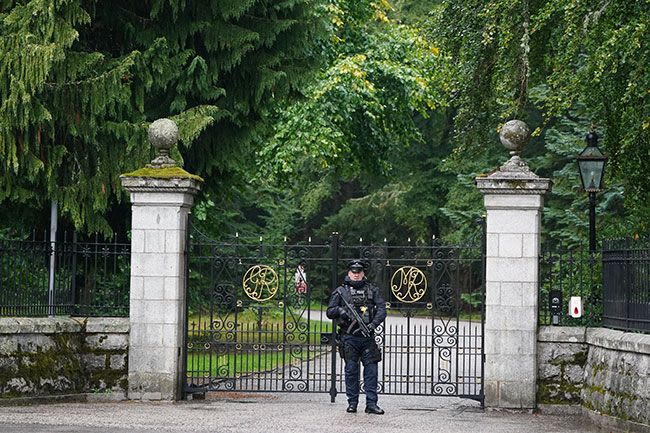 The Queen is in Balmoral

Meanwhile, Prince Charles and his wife, the Duchess of Cornwall, have also reportedly made their way to Balmoral to be with the Queen.

Earlier on, Palace officials revealed the Queen is under medical supervision at Balmoral after doctors became concerned for her health.

A Palace spokesperson said: “Following further evaluation this morning, the Queen’s doctors are concerned for Her Majesty’s health and have recommended she remain under medical supervision. The Queen remains comfortable and at Balmoral.” The Queen’s immediate family members were informed, with the latest announcement escalating fears for the monarch’s health. The head of state pulled out of a virtual Privy Council on Wednesday after doctors ordered her to rest.