Katie Price EXCLUSIVE: Star was ‘paralytic and slurring her words’ before being thrown out of a club and ‘grabbing a woman by the head’ on drunken night out with new boyfriend

Katie Price was ‘paralytic and slurring her words’ shortly before she was seen grabbing a partygoer’s head during a night out in Brighton on Saturday.

It was reported over the weekend that the model, 41, was ejected from a club during a boozy night out with her new beau Charles Drury and sources have now revealed exclusively to MailOnline that Katie was ‘hammered’ during the shock incident.

A club goer revealed Charles was acting protectively and said: ‘Katie was in the club for a good three hours, she was dancing and ordering drinks from the bar, she was paralytic. She was slurring her words and was so hammered’.

Boozy: Katie Price was ‘paralytic and slurring her words’ shortly before she was seen grabbing a partygoer’s head during a night out in Brighton on Saturday

Katie was pictured grabbing a woman’s head after she was reportedly kicked out of a Brighton nightclub on Saturday for being ‘too drunk’.

She was said to have reacted dramatically to having her night being cut short after being told by staff at Pryzm club she needed to go home.

In pictures obtained by The Sun, Katie looked upset as she held the woman’s head outside of the venue.

Now an onlooker has revealed that Charles was heavily protective of her.

‘She was slurring her words and was so hammered,’ said the insider. ‘She walked into PRYZM nightclub and we had a VIP table booked there ourselves…

‘At about 1:30am I bumped right into her square on and I asked her for a picture for my best friend as it was his stag weekend and she said ‘yeah, not a problem.” 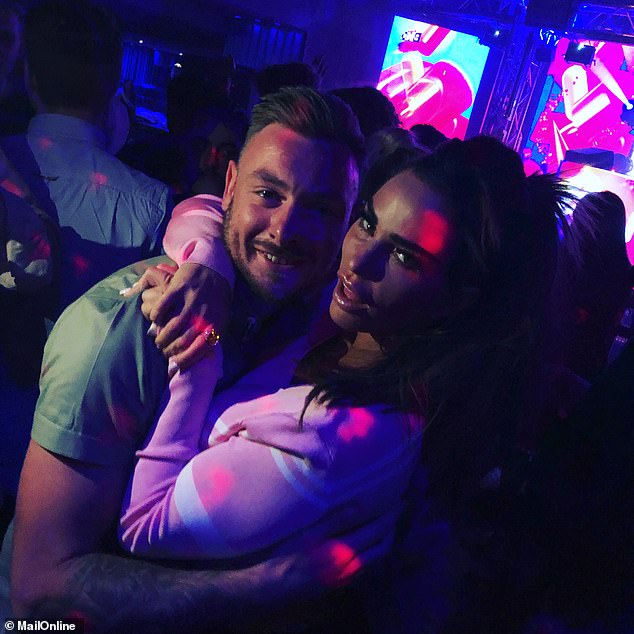 Shock: Images from the night show Katie in an apparent inebriated state 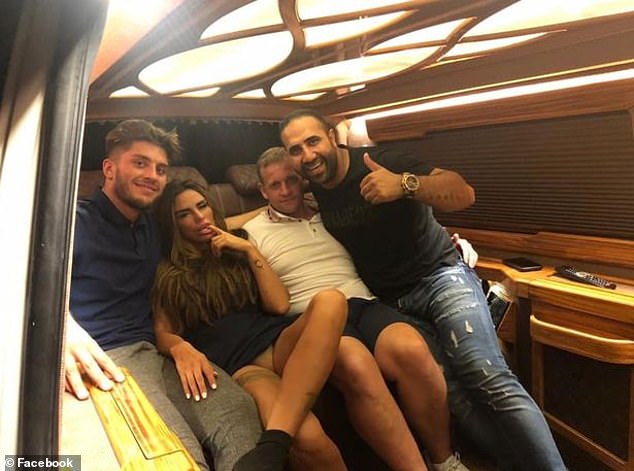 Shock: Further light has been shed on the scenario since, as the onlooker revealed that her new beau (Charles Drury pictured, left) was feeling heavily protective over her

Images from the night showed Katie in a seemingly inebriated state as she posed with a group, yet it has been claimed that Charles grew angry. 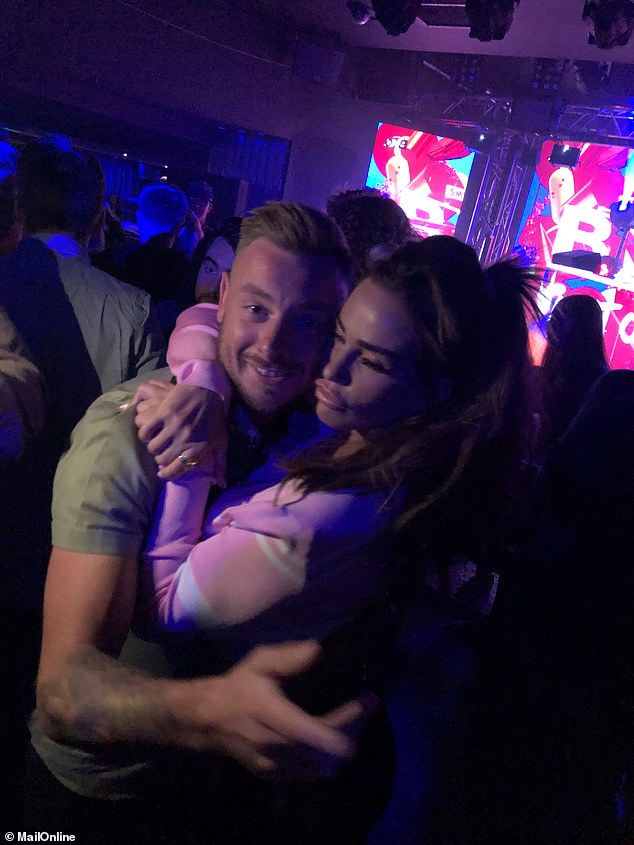 Outrage: Images from the night showed Katie in a seemingly inebriated state as she posed with a group, yet it has been claimed that Charles grew angry

‘My group was sober and he was still shoving people out of the way and telling them to back up and stay away, when it is Katie Price and people will obviously want photos with her.

‘We had a heavy Friday night so the Saturday was a bit more chilled. We were in a bar opposite the Odeon, PRYZM at about 11pm and that is when we first saw Katie walking down the street.’

A representative for Katie declined to comment when approached by MailOnline.

And while Katie partied the weekend away, her former fiancé Kris Boyson is said to be ‘broken’ over her new romance with builder Charles.

The former glamour model – who was accused of cheating on Kris, 30, with her new toyboy – was set to meet up with the personal trainer following her recent trip to Turkey, but the hunk cancelled plans to avoid further heartache, reports claim. 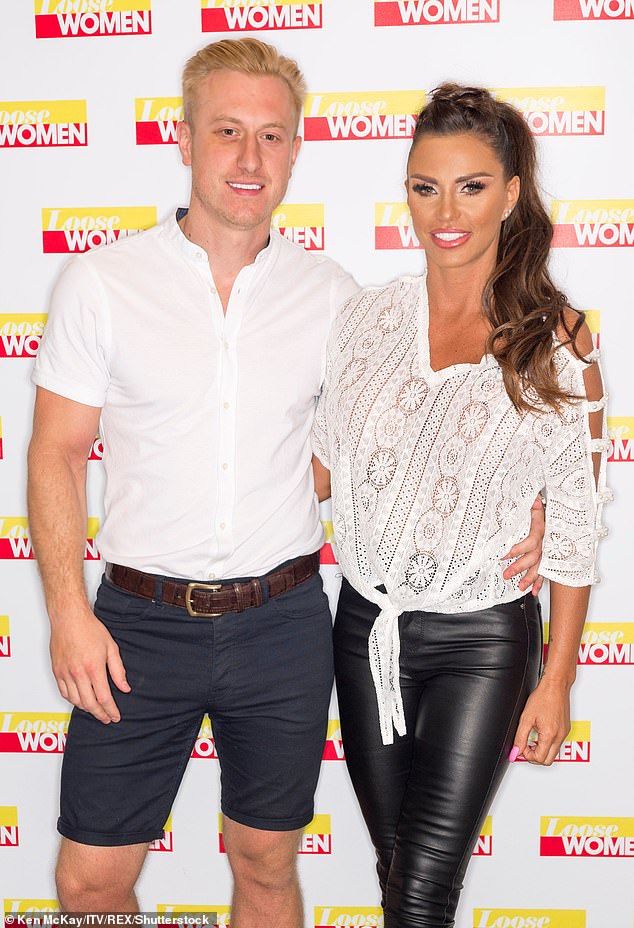 Heartache: And while Katie partied the weekend away, her former fiancé Kris Boyson is said to be ‘broken’ over her new romance with builder Charles (pictured in July last year)

Katie’s budding romance with her new lover appears to be a bitter pill to swallow for Kris as their sex lives allegedly ‘dried up months ago’ after she underwent an extensive list of cosmetic surgeries.

A source told The Sun: ‘Kris is broken by what’s happened with Katie and Charles. The sex between them dried up months ago because of Katie’s numerous operations – she was always in bandages.

‘Kris couldn’t even touch Katie in the end. He became more like her bedside nurse. Even though he’s heartbroken, Kris does still love Katie.’

The insider added that their split is ‘for the best’ and claimed his family is ‘disgusted’ by the CBB star’s behaviour.