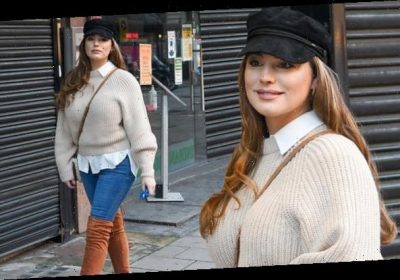 She never fails to catch the eye in a stylish ensemble.

And Kelly Brook was sure to maintain her high fashion standards as she arrived for work at Heart Radio in London on Friday.

The former glamour model, 41, nailed casual chic as she rocked a cream jumper over a white shirt and a black baker boy hat. 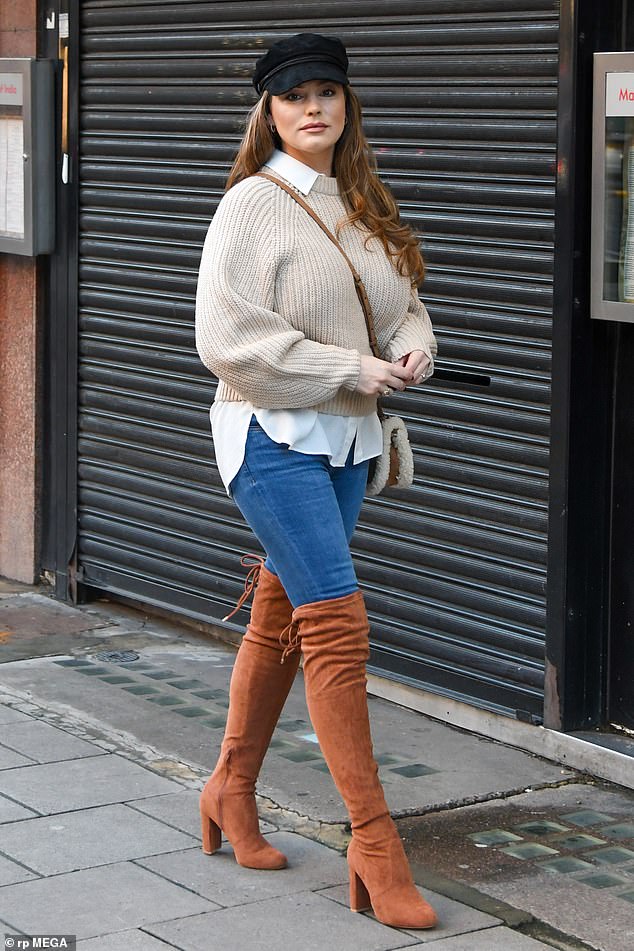 Style: Kelly Brook looked sensational in a chic jumper and baker boy hat as she arrived for work at Heart Radio in London on Friday

Kelly kept things laidback for her radio show, pairing her smart jumper and shirt combo with some denim jeans.

She added a little extra height to her frame with a pair of striking over-the-knee brown suede boots.

The beauty wore her long locks down and gently curled, letting her tresses cascade over her shoulders as she made her way to the studios. 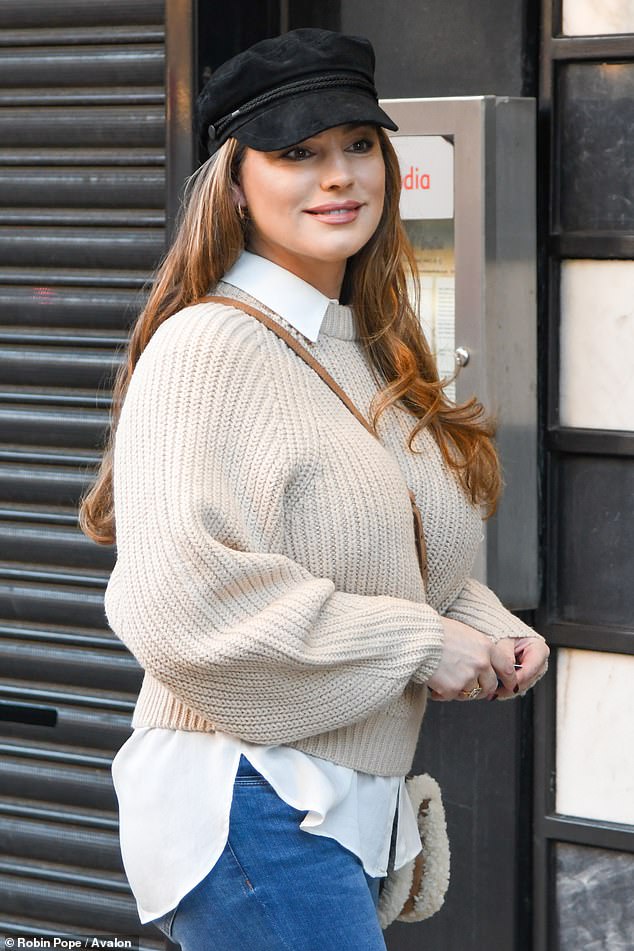 Chic: The former glamour model, 41, paired her jumper with a smart white shirt and pair of blue denim jeans

Not forgetting her accessories, Kelly slung a small brown handbag with a soft white detail around the edges across her body and donned some silver earrings.

It comes as Kelly recently revealed that her weight crept up to size 16 during lockdown but she has since dropped two dress sizes.

She also admitted to altering her social media pictures in the past to recreate ‘the 20-year-old version’ of herself after struggling to come to terms with her figure when she was a size 16. 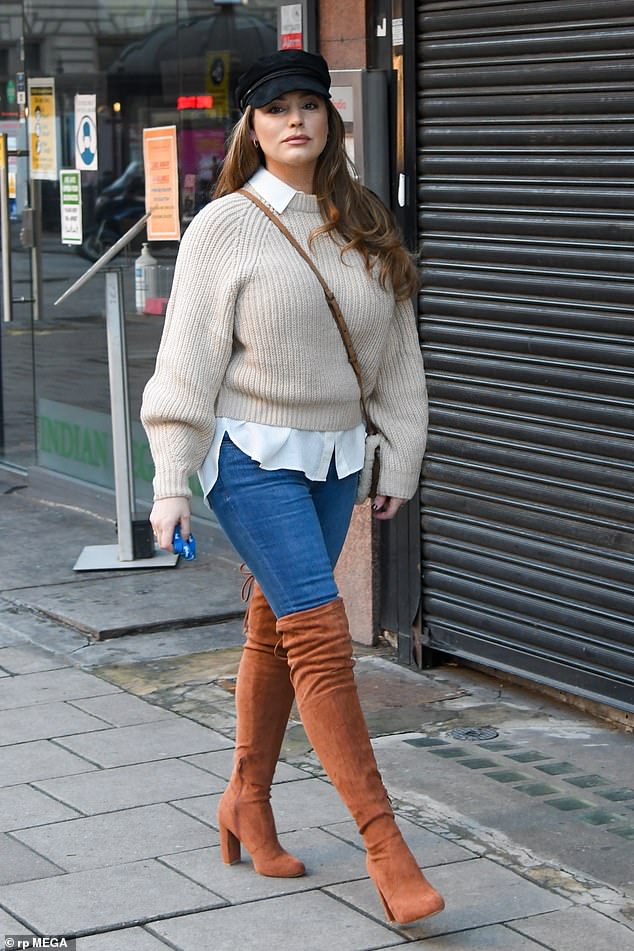 Here she comes: Kelly slung a small bag across her body and completed her look with some brown suede boots

In an exclusive interview, Kelly told MailOnline that she has questioned her sense of identity over the years after wanting to give up being a lingerie model and ‘Keith Lemon’s sexy sidekick’ in favour of a quiet life in the countryside.

Kelly, who was accused of using Photoshop in 2018 when she appeared to make herself look slimmer in a picture with boyfriend Jeremy Parisi, at Ascot, said: ‘It’s a terrible message to send out if I started altering pictures digitally. 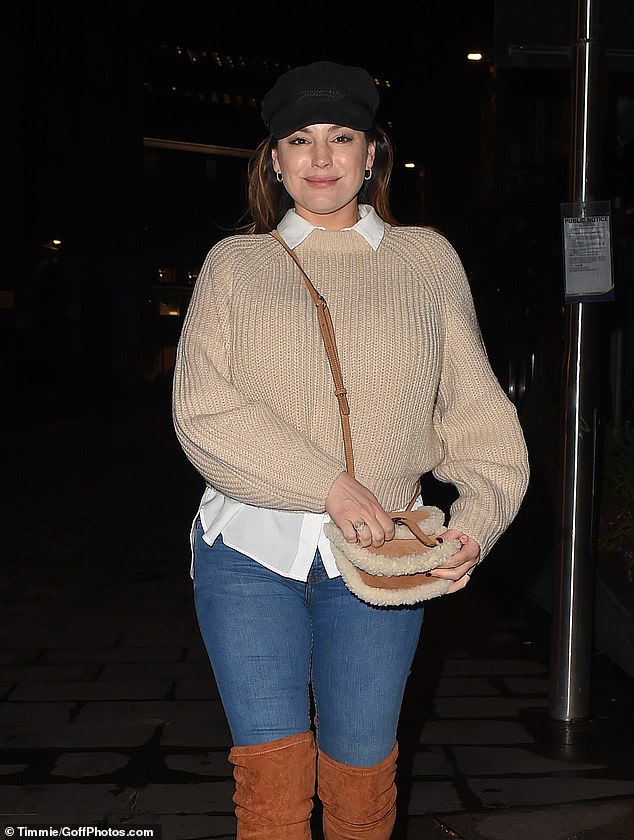 Time to go: The beauty was still looking fabulous as she later left the studio after hosting her radio show

Walk this way: Kelly added a little extra height to her frame with a pair of striking over-the-knee brown suede boots 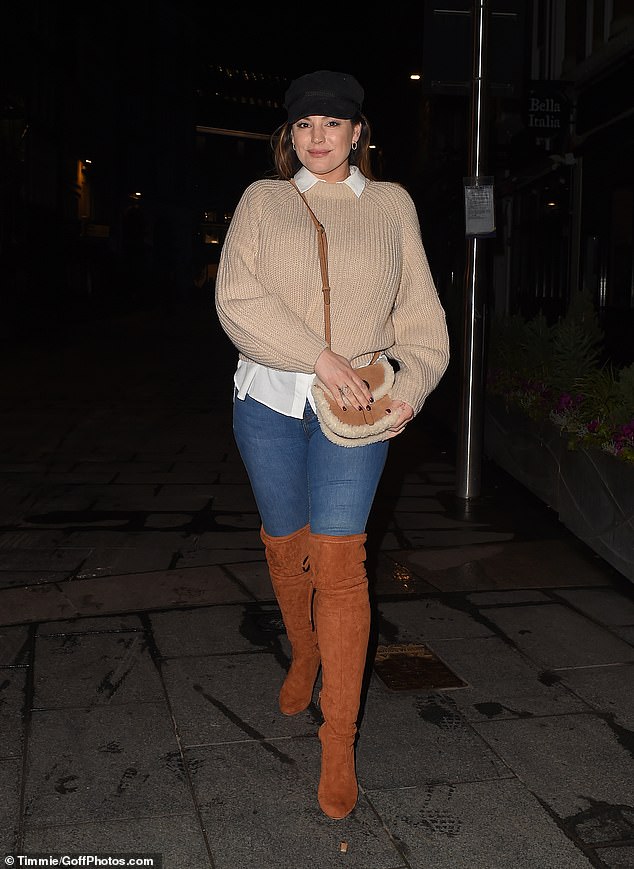 Lovely: The beauty wore her long locks down and gently curled, letting her tresses cascade over her shoulders

‘I would make the 20-year-old version of myself. It’s been a process for me to accept my new body and my new life.’

She added: ‘So now, pretty much what you see on my Instagram is what I am.

‘Some of the selfies I take, even though I don’t digitally enhance them, they’re beautifully lit and I know how to take a nice picture of myself. That’s kind of cheating as well.’ 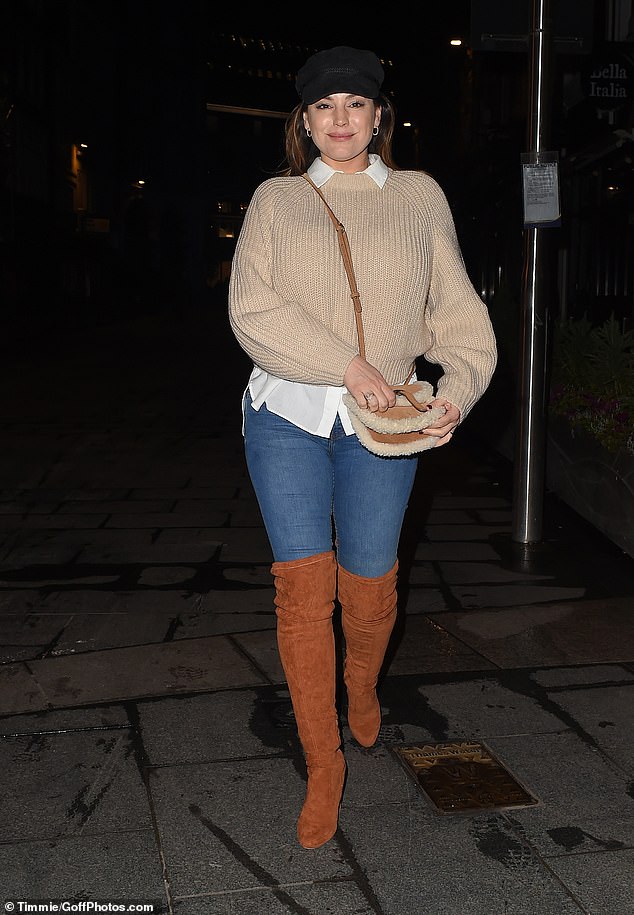 Cosy: The radio star kept things chic and cosy with her work ensemble 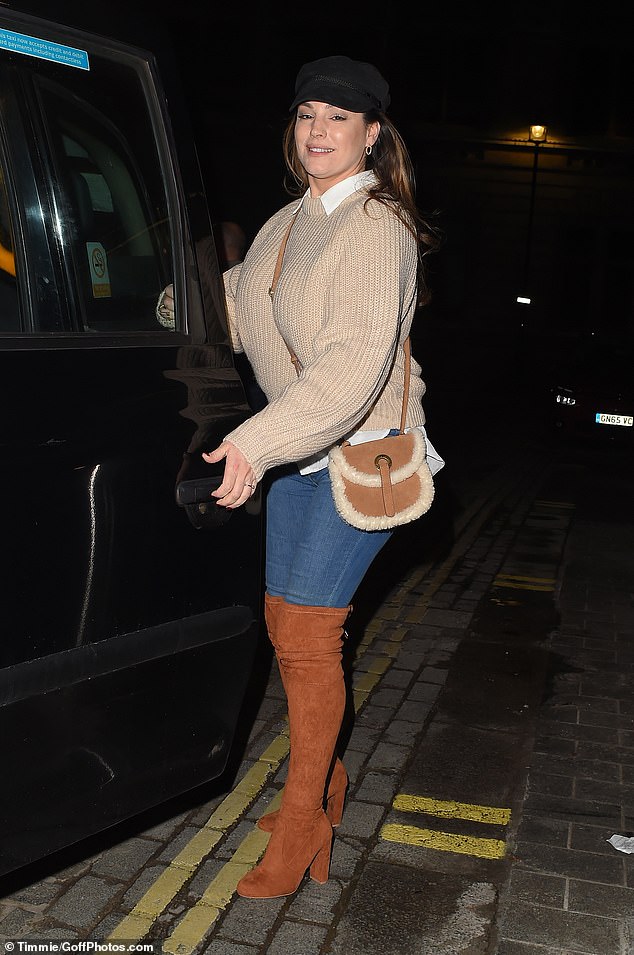 Heading off: Kelly gave one last glimpse of her stylish outfit as she climbed into the car 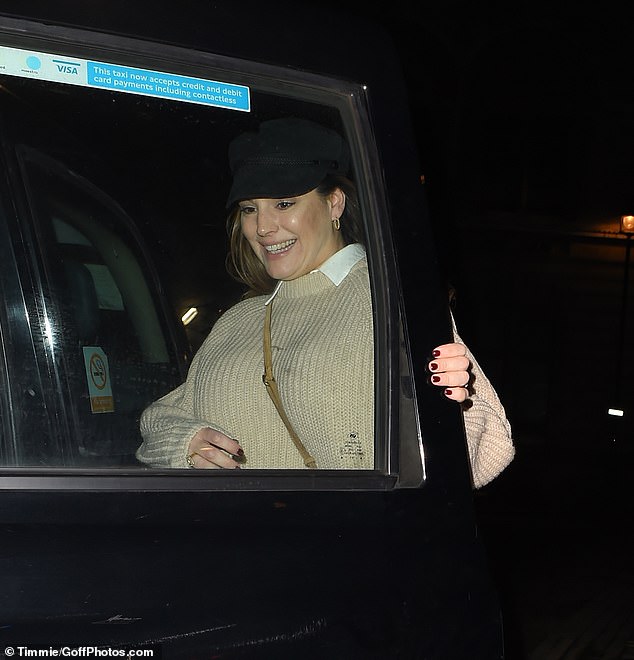 Farewell for now: Kelly was all smiles as she made her way from home following her radio show