She recently opened up about how she was bullied as a child during a recent appearance on her Heart FM radio show.

And Kelly Brook put on a casually chic display as she stepped out in London to go to Global Radio studios ahead of hosting her show on Friday.

The presenter, 40, looked effortlessly chic in a short-sleeved white jumper that she paired with a pair of dark denim jeans. 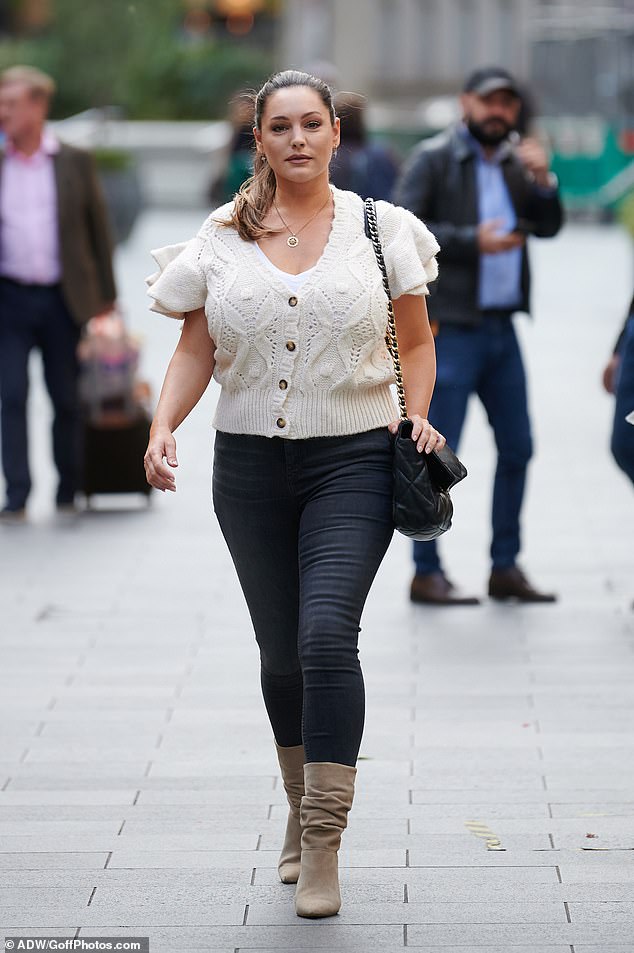 Stylish: Kelly Brook looked casually chic in a short-sleeved jumper and black jeans as she headed to work at Global Radio studios in London on Friday

Kelly wore her outerwear over a v-necked white shirt, while she boosted her height in a pair of beige suede boots.

She pulled her brunette locks back into a sleek ponytail and she used a light palette of make-up to accentuate her pretty features.

The TV personality kept her personal items in a chic black bag, and she added a glittering touch to her look by wearing a pendant necklace. 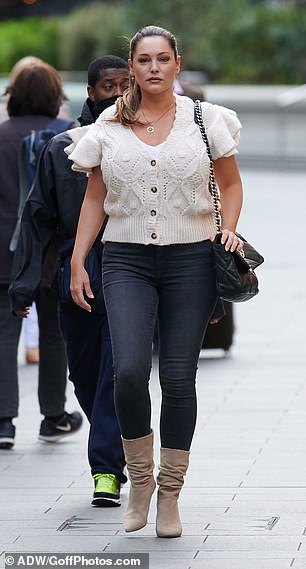 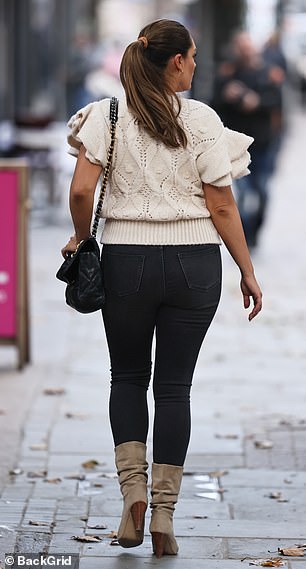 Chic: Kelly wore her outerwear over a v-necked white shirt, while she boosted her height in a pair of beige suede boots

Earlier this week, Kelly revealed that she was dubbed ‘Smelly Parsnips’ by cruel classmates during her school years.

She said on Heart FM: ‘My real name is Kelly Parsons and they used to call me Smelly Parsnips because it rhymes.

‘Imagine sending that email, saying “You know, I’ve met this Prince, so can you just stop calling me Smelly Parsnips.”

Kelly revealed that she had to ask others to stop using the nickname once she began dating.

The 40-year-old is currently dating Jeremy Parisi after they began dating in 2015, and in July, Kelly claimed that sex gets better with age and said her longterm love, 35, Jeremy is a big fan of her curves.

Speaking on Vicky Pattison’s The Secret To… podcast, she said: ‘My boyfriend is 35 and he is Italian, so, you know, he likes a nice large curvy woman so that’s always a good thing! I think your sex life gets better as you get older!

‘When you’re young you don’t tell them. They are like ‘is that nice?’ or whatever and you’re like ‘yeah!’ When you’re older you are gonna make sure you get what you want!’ 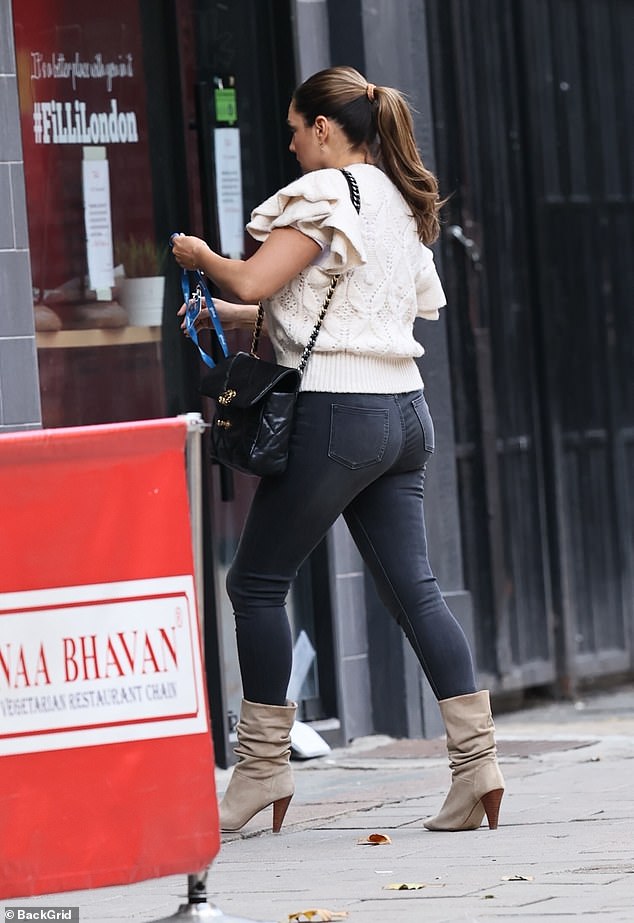