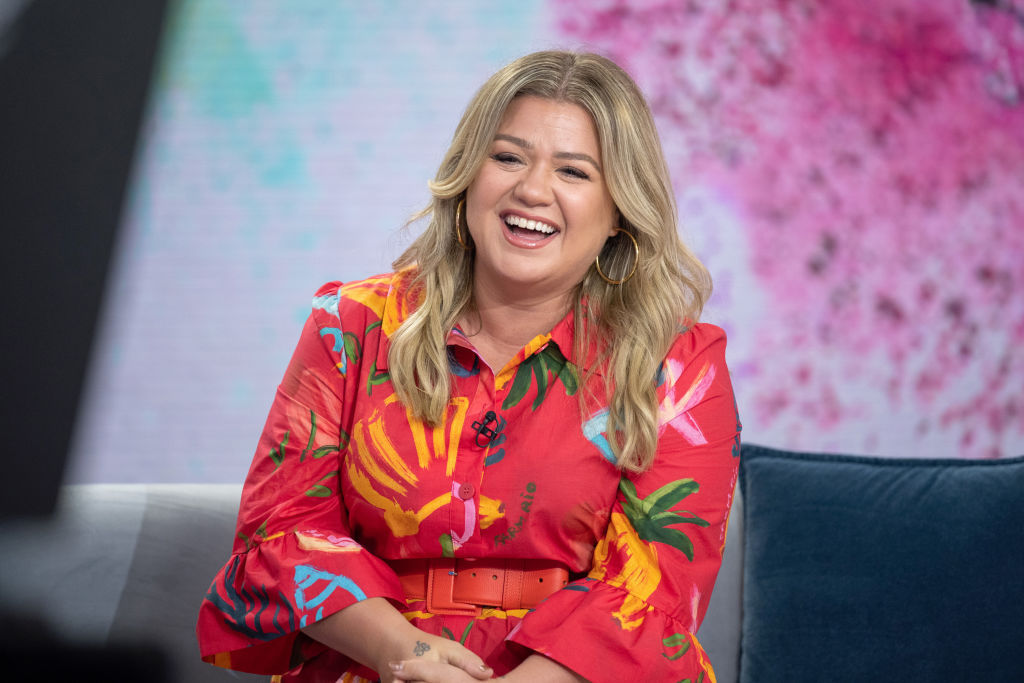 It’s 2002. Britney Spears and Justin Timberlake have split, Tobey Maguire has made his debut as Spider-Man, Kelly Rowland has somehow sent a text via spreadsheet… and American Idol, on the heels of Pop Idol in the UK, has aired for the first time.

On 4 September of that year, after introducing Simon Cowell to a whole new audience, its inaugural season culminated in a finale watched by 22.8million people – and with 58% of the vote against Justin Guarini, one Kelly Brianne Clarkson was declared the winner; rapidly topping the US charts with her coronation single (A Moment Like This – later covered by Leona Lewis) and, the following spring, her debut album (Thankful).

She’s stayed winning ever since, and now, exactly 20 years on, she remains one of the most popular, talented, booked-and-busy stars in the world.

The first time I, a long-term Kellebrity, came across her was when I was 14 and heard Miss Independent on the radio en route home from a family holiday in the summer of 2003.

I remember waiting for the DJ to reveal the artist’s name because I was worried it was Nadine Coyle and she’d gone solo while I was away (I don’t know why; in hindsight Kelly sounds nothing like Nadine, and Girls Aloud hadn’t even been together a year at that point).

It was a great song and Thankful a great album, but in a rarity for TV-made artists (or any artists, for that matter), it was follow-up era Breakaway that sent her truly stratospheric, and the point at which I became an all-in super-stan.

Led by the all-conquering mega-banger Since U Been Gone, it saw Kelly join the pop-rock trend of the time and serve up a succession of airplay-hogging, multi-octave-spanning, chant-a-long anthems, all rammed with lyrics perfect for an angsty MSN status.

It was one of the definitive pop albums of the 2000s, but Kelly has continued to evolve and adapt ever since; constantly hitting milestones and ticking off achievements that many of her contemporaries can only dream of.

She was seven years into her stardom when she broke the record for the biggest ever jump to No1 on the Billboard Hot 100 (with 2009’s My Life Would Suck Without You – reclaiming a title previously held by A Moment Like This), and 10 years in when she scored what remains her biggest-selling single on both sides of the Atlantic (Stronger).

In 2016, 14 years after shooting to fame, she became a viral sensation all over again with a tearful performance of Piece By Piece on what was supposed to be American Idol’s final season; and in 2019 she branched out with The Kelly Clarkson Show, which has so far won 13 Daytime Emmys and will take over Ellen DeGeneres’ iconic timeslot when it returns for its fourth season later this month.

Alongside all that, she’s been a coach on The Voice, hosted Eurovision spin-off The American Song Contest, had her festive banger Underneath The Tree become a recurring seasonal classic, and last year her Ariana Grande collab Santa Can’t You Hear Me became her 18th UK Top 40 hit despite not being an official single. This week she’ll unleash a duet with Dolly Parton on a new version of 9 to 5.

Casual fans in the UK may feel like she’s not as prolific as she once was, but glancing across the pond and even thinking about her CV is exhausting.

So what has made her such an enduring figure, apart from simply having one of the world’s most powerful voices? For me, she remains so cool because she’s… well, she’s not really cool at all.

She was never edgy in the way that, say, Christina Aguilera, Avril Lavigne or P!nk were edgy; and she’s never been pristine and super-polished like Beyoncé, Jennifer Lopez or Taylor Swift (all of whom, I should add, I am also huge fans of).

Her down-to-Earth, your-mate-next-door energy has been one of her biggest assets ever since she said things like ‘score!’ and ‘cool beans!’ in her first Idol audition. When she attempted choreo in the Stronger video, it was endearingly naff; and the relaxed, conversational interview style she has on her talk show is extremely easy to watch – making for priceless moments like when she descended into embarrassed hysterics with Sandra Bullock (watch the clip, it’s very funny).

As amiable as she is, though, she’s no pushover; and a core part of that relatability is how she’s emerged – still smiling, still fighting and still grounded – from a conveyor belt of tough battles.

The closest she’s ever come to a big scandal was in 2007 when she publicly clashed with label bosses over the direction of her less radio-friendly album My December; and she’s made no secret of the isolation and mental anguish she felt at the height of her Breakaway fame (on Irvine, a song written at a low point around that time, she sings: ‘I don’t have much to go before I fade completely’).

She’s also spoken frankly of her negative experiences with controversial producer Dr Luke; she was among the first to point out that her own gem Already Gone sounded remarkably similar to Beyoncé’s Halo, which came out a few months earlier (they were both produced by Ryan Tedder – though, side-note, I really hope he and Kelly work together again one day); and in 2015 she took the high road when a certain ex-Apprentice contestant made nasty comments about her weight.

Even now, she’s emerging from what has clearly been a challenging divorce, adding extra resonance to some of her song choices on her show’s Kellyoke segment (look up Heartbreak Anthem for defiant poignancy and Happier Than Ever for a tear-stained kiss-off).

No matter the turbulence, she’s always been vulnerable yet resilient; sensitive yet assertive. To quote her own song, what didn’t kill her made her stronger (Nietzsche who?).

Of course she’s far from the only American Idol success story, but if she hadn’t become the superstar she is, would that show have had the same longevity? Would the whole talent competition genre in general? Simon Cowell doesn’t think so – he told her in 2019: ‘I actually genuinely do not believe we would be sitting here today if you hadn’t entered the show that year.’

So wherever she goes next (and whenever she’s ready to release that post-divorce album), she’s earned the right to go at her own pace and enjoy the fruits of her hard work.

Celebrity culture and the music business have changed a lot in 20 years, but they haven’t got any less intense – and today’s crop of stars could do a lot worse than look to Kelly for guidance on how to come through it all with their talent, dignity and infectious laugh intact.

I have every confidence we’ll be here in 2042 celebrating her 40th year in the public eye – and who knows what else she will have achieved by then?