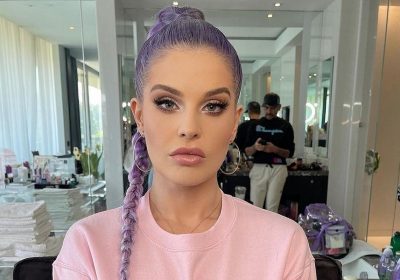 The daughter of Sharon and Ozzy Osbourne talks about her relapse, claiming it started with one drink before quickly turning into three bottles of champagne a day.

AceShowbiz –Kelly Osbourne would drink “three bottles of champagne and 24 White Claws a day” amid her relapse.

The star became teetotal in 2017 after battling with addiction but took to social media in April (21) to reveal she had suffered a relapse, and Kelly has now shared the true extent of her drinking binges, which would see her drink several bottles of fizz and countless alcopops.

Speaking on “The Kelly Osbourne and Jeff Beacher Show” podcast, she said, “I went away with my friend and people were by a pool drinking champagne.”

“I was like, ‘I can have a glass of that.’ And I had one glass and I was fine. And then I was out with my friends and I had two drinks, I was fine.”

“But it went from having one drink here, one drink there to literally three ­bottles of champagne and 24 White Claws a day.”

She added, “It’s this f**king coffee mug that says, ‘Thank God I’m not dead,’ which is so ironic.”

The television presenter – who is the daughter of Sharon and Ozzy Osbourne – admitted she was “not proud” of the setback on her road to recovery and vowed to honest about her journey to sobriety with her fans.

She wrote on Instagram last month, “I relapsed, not proud of it but I’m back on track and I will be doing a podcast this week where I tell everybody about what’s going on and what happened.”

“I just want to let you know that I’m sober today and I’m going to be sober tomorrow. But I’ve truly learned that it is just one day at a time and I wanted to tell you guys the truth cause I never ever want to lie to you.”

“Thank you so much for your support and love and you’ll be hearing from me soon.”