Kendall Jenner puts on a sizzling underboob display in throwbacks She jetted off to the Turks and Caicos islands last week to help her sister Kylie Jenner  celebrate her 23rd birthday.

And Kendall Jenner shared some stunning behind-the-scenes photos from her trip to Instagram on Monday, including a scintillating snap in which she showed off some underboob.

The 24-year-old Keeping Up With The Kardashians star looked deep in concentration as she showed off a skimpy black crop top that barely preserved her modesty and was tied off over her bust. 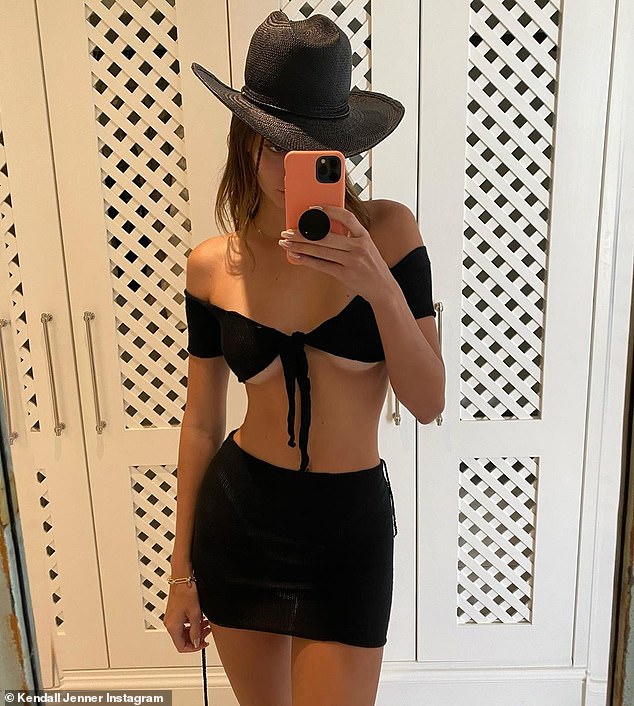 Back in black: Kendall Jenner, 24, showcased her trim figure and a bit of underboob in a black crop top with a mini skirt and a cowboy hat in throwback photos from her Turks and Caicos vacation posted to Instagram on Monday

Kendall covered her dark locks with a black cowboy hat and showcased her flat tummy over a sheer black mini skirt.

The model has been open about her love of horses in the past and even received a pony as a Christmas present when she was 12, so it was fitting that she got to enjoy some horseback riding while on vacation.

Another photo showed her looking majestic atop a horse as it trotted at the edge of the surf with a picturesque sunset behind her.

Kendall was dressed in a different black crop top and long dark pants, and a video posted to her Insta Stories at the same time showed her galloping down the beach on the horse. 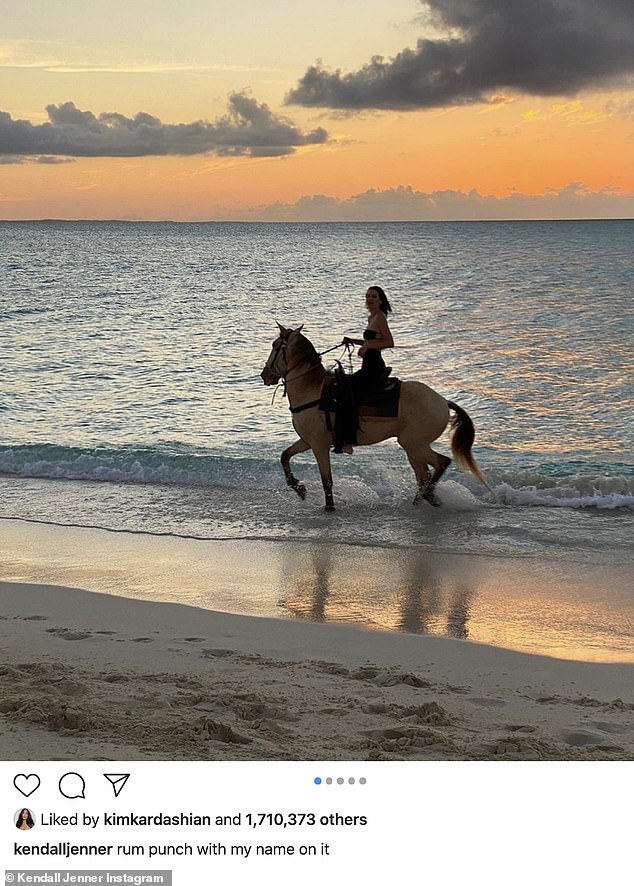 Horse girl: Kendall has been open about her love of horses, and she looked majestic while riding one in the surf 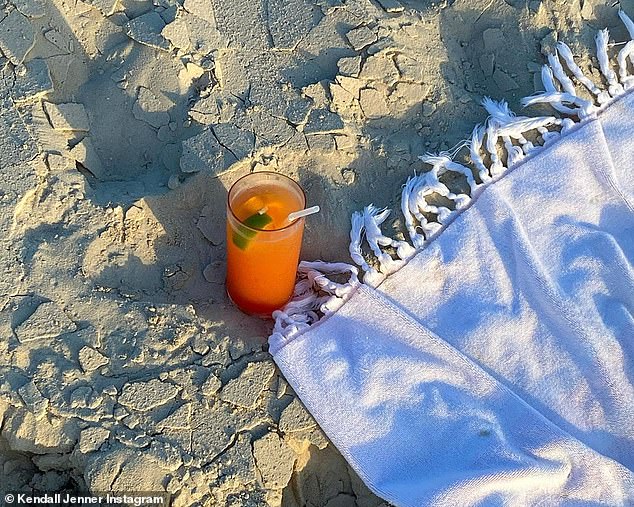 ‘Rum punch with my name on it’: She included a snap of a tasty beverage sitting on the sand

‘Rum punch with my name on it,’ Kendall captioned her post, referencing a photo of a tasty beverage waiting for her on the sand.

The model highlighted her astounding figure in other bikini photos from her getaway.

She showed off her pert backside in a photo taken from aboard a small boat that contrasted her dark blue string bikini with the aquamarine water.

In another dusk photo, the 5ft10in beauty showed off her long legs while relaxing in a hammock just off the beach. 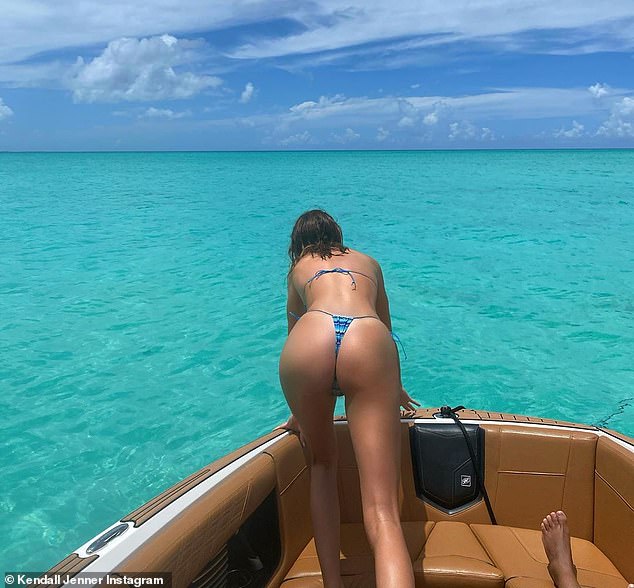 Stunning: She showed off her pert backside in a photo taken from aboard a small boat that contrasted her dark blue string bikini with the aquamarine water 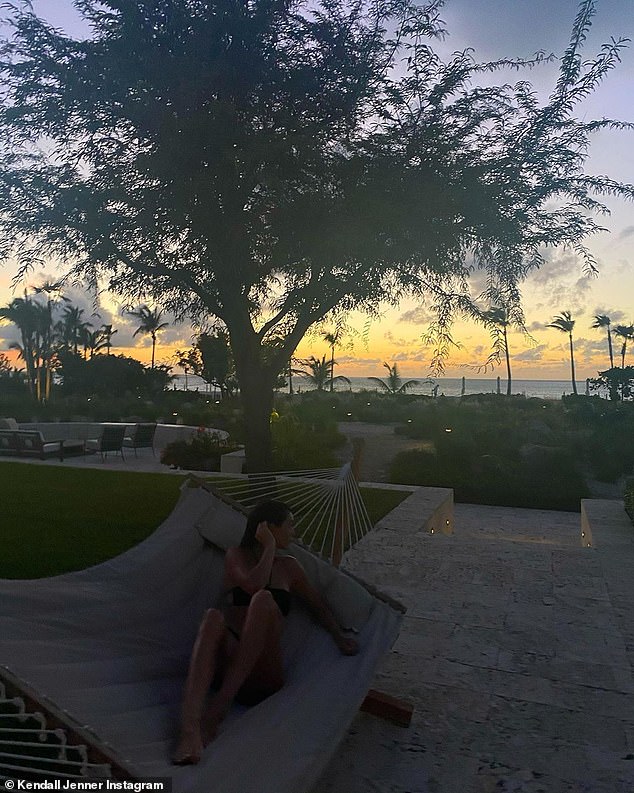 Setting sun: In another dusk photo, the 5ft10in beauty showed off her long legs while relaxing in a hammock just off the beach

Though Kendall and her younger sister Kylie appeared to have had a great time in Turks and Caicos, the two broke California’s non-essential travel ban for the trip.

‘You can travel for urgent matters or if such travel is essential to your permitted work. Even though businesses around the state are opening up, avoid traveling long distances for vacations or pleasure as much as possible. This is to slow the spread of the coronavirus,’ the order reads.

Neither Kendall nor Kylie have shared evidence of ‘urgent matters’ related to their trip, and flights to the islands are around nine hours from Los Angeles.

The order also says people returning to California after traveling abroad must quarantine for 14 days, though both Kylie and Kendall were spotted out at Nobu Malibu on Saturday. 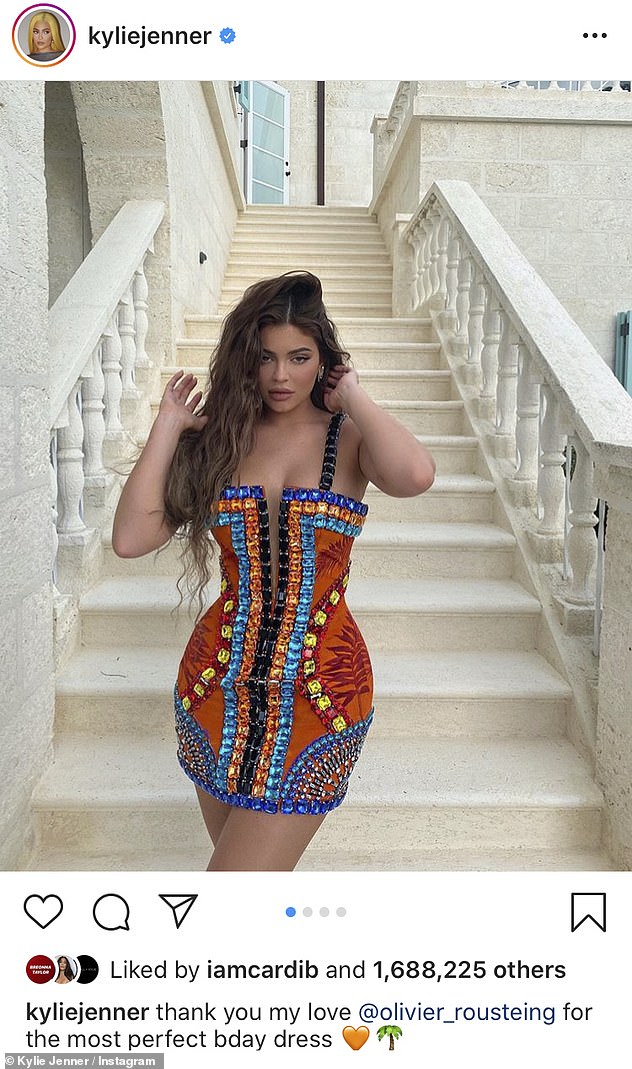 Going their own way: Kendall and Kylie broke California’s non-essential travel ban for the trip, and neither quarantined for 14 days after returning 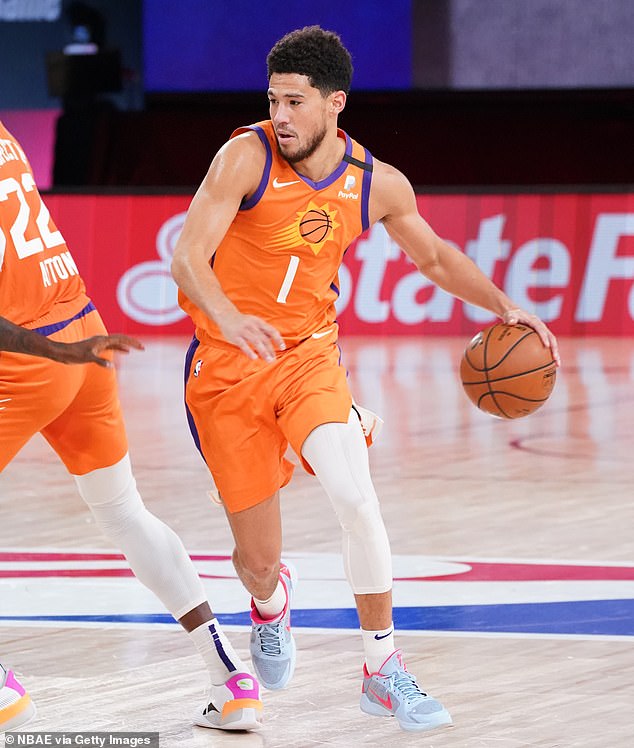 The sisters dined at the swanky Japanese restaurant, a favorite of the Kardashian–Jenner clan, with Kendall’s rumored boyfriend Devin Booker.

The Phoenix Suns shooting guard have reportedly been dating for months prior to the dinner date.

They were previously seen dining together at Nobu back in June, and in April the two allegedly took a road trip through Arizona. 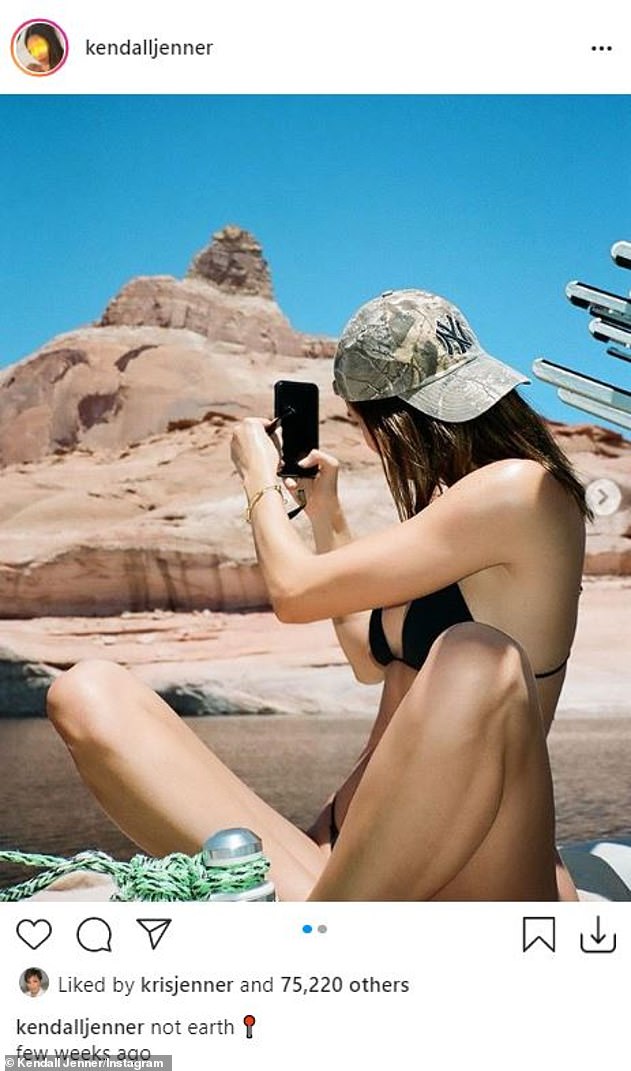 Stunning vistas:  In June, the duo were seen getting into the same SUV as they left a dinner date at Nobu. Prior to this they allegedly embarked on a road trip to Arizona in April