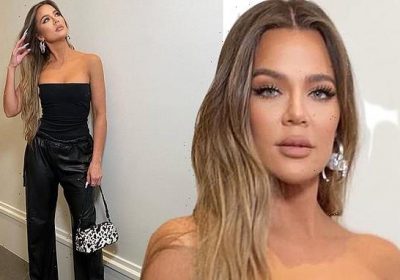 And the 36-year-old reality star celebrated the new social media milestone on Sunday morning as she shared dolled up snaps from a recent night out.

Taking to her page to thank her amounting number of ‘babes’ she wrote: ‘147 million babes!! Wow! Thank you! What’s up guys?’ 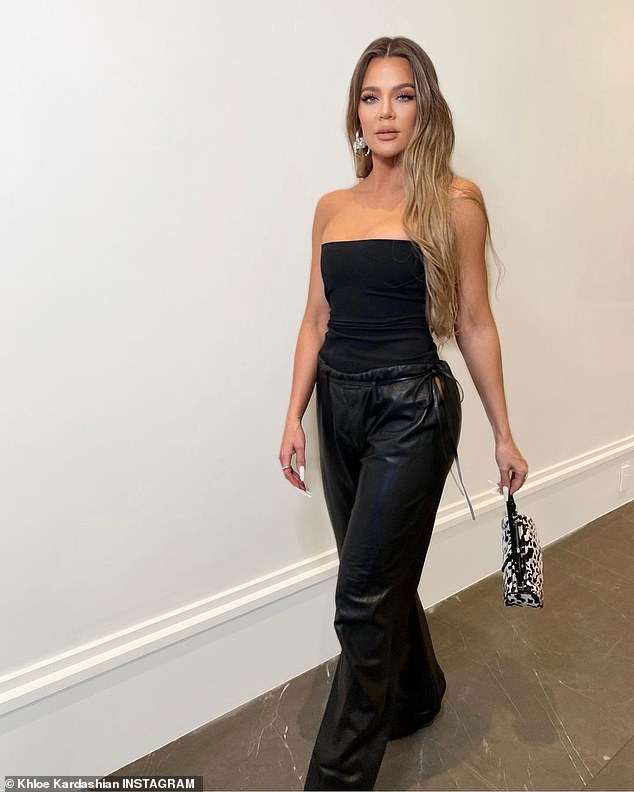 In the carousel of images — some which featured a brightening filter — Khloe sported a black tube top and stylish leather trousers with a pair of pointy black heels.

She toted along a cowhide purse and debuted artful diamond hoops for a touch of sparkle, later making her way to Kendall Jenner’s 818 tequila launch party at the Nice Guy in West Hollywood on Friday evening.

The Good American founder wore her ‘bronde’ tresses down and continued to show off an expertly made up face while tagging her glam squad — including a tan artist and her manicurist Chaun Legend — in the post. 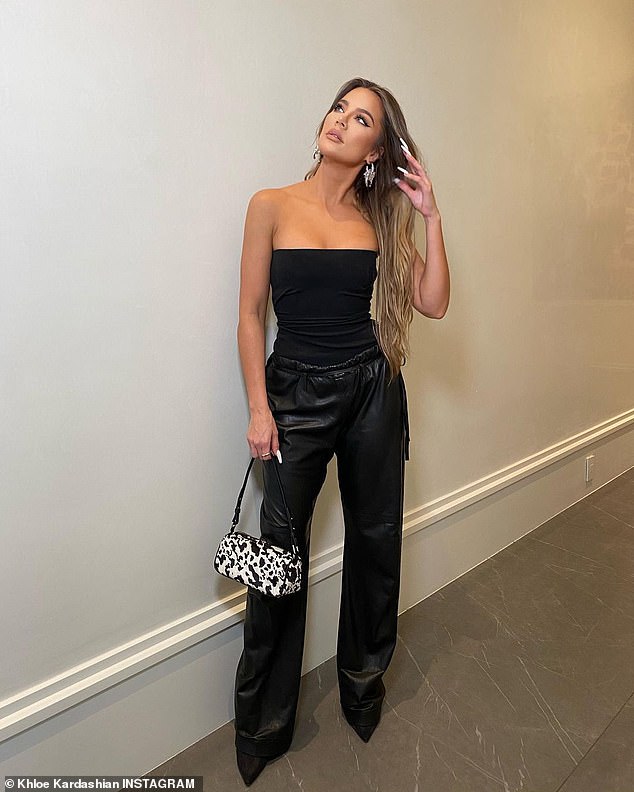 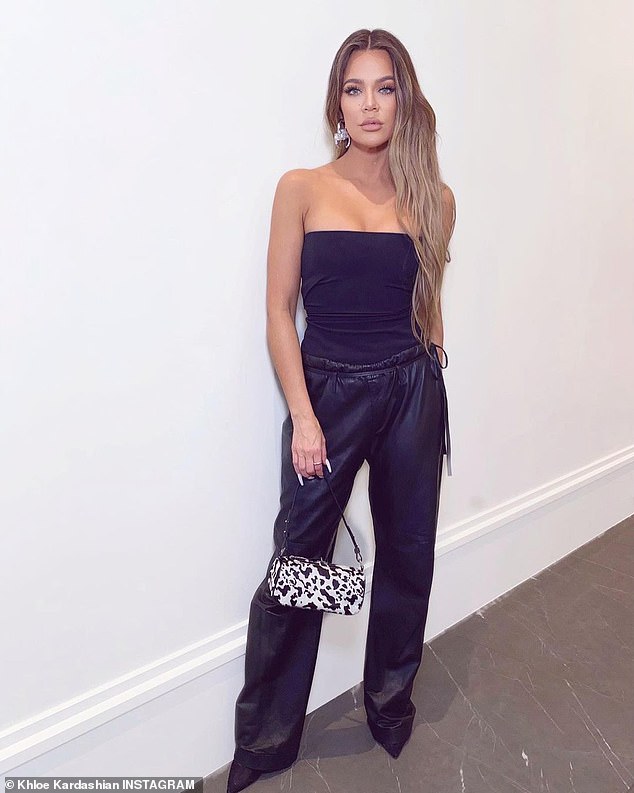 Filtered: The Good American founder has been accused of over using photoshop and facetune alongside her siblings, recently confessing that she loves ‘a good filter, good lighting and an edit here and there’ 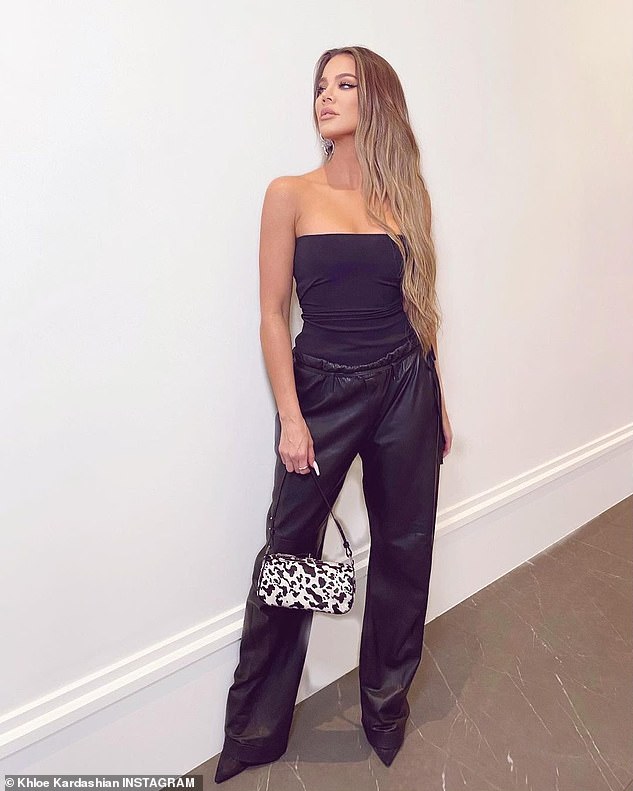 As far as follower count goes for the famous family, half-sister Kylie Jenner takes the lead with 234M, while Kim Kardashian closely trails her at 223M.

Rob Kardashian’s account is controlled by mom Kris Jenner’s ‘Jenner Communications’ and only has 2.4M followers.

Though the platform has become the family’s bread and butter, allowing them to promote their business ventures straight to their throngs of idolizers, it has also come with downsides. 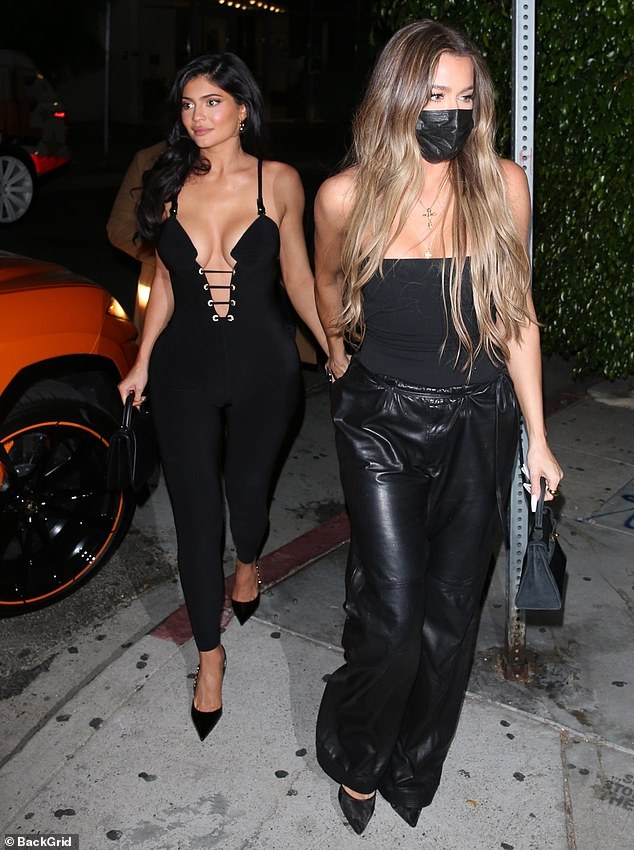 Night on the town: The sleek all black ensemble was worn by Khloe to celebrate the launch of half sister Kendall’s 818 tequila

Last month Khloe found herself embroiled in some body-related drama after an unretouched photo of her in a leopard bikini made the rounds online.

The photo continued to add fuel to the fire that the family overuses facetune and photoshop, with Khloe being more scrutinized than her other siblings.

For months now fans have marveled at her unrecognizable face in certain photos and often strange proportions in some of her Good American shoot photos. 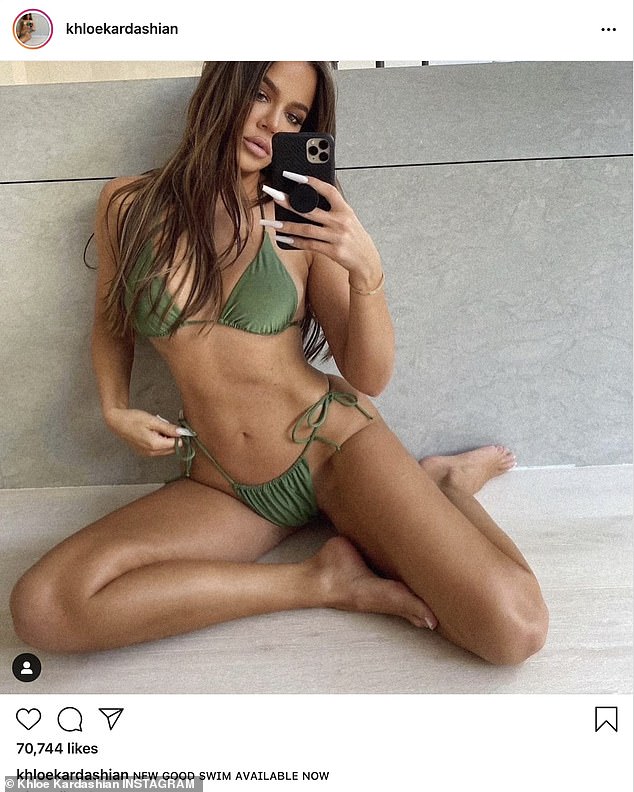 Blessing and curse: Though the platform has become the family’s bread and butter, allowing them to promote their business ventures straight to their throngs of idolizers, it has also come with downsides

Speaking out: After an unretouched bikini photo made the rounds online, Khloe issued a statement about her longtime ‘struggle’ with ‘body image’

After the bikini kerfuffle which was said to be posted without her knowledge she took to Instagram to speak out about the situation and her longtime struggle with ‘body image.’

In an excerpt from her lengthy statement she wrote that the pressure to ‘be perfect,’ was ‘too much to bear,’ while citing nasty remarks about her being dubbed ‘the fat sister.’

She continued to say that her ‘flaws’ and ‘imperfections’ have been ‘micro-analyzed,’ and maintained that she has ‘every right’ to control what she wants to share on Instagram.

And lastly she confessed: ‘I love a good filter, good lighting, and an edit here and there.’ 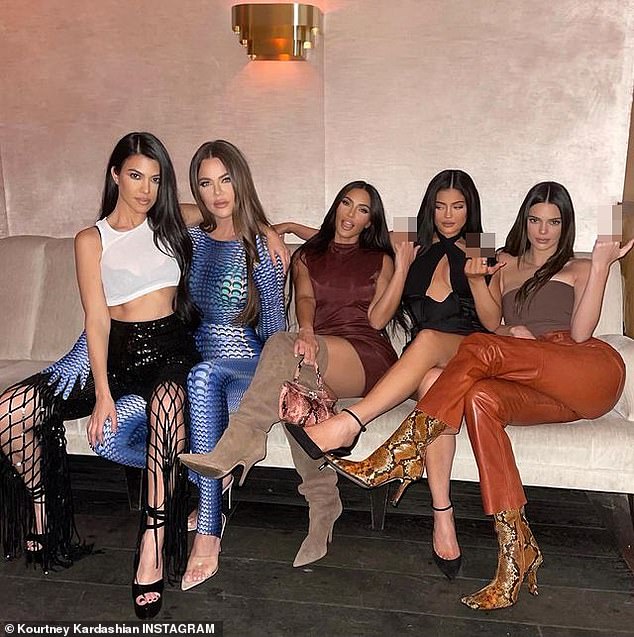