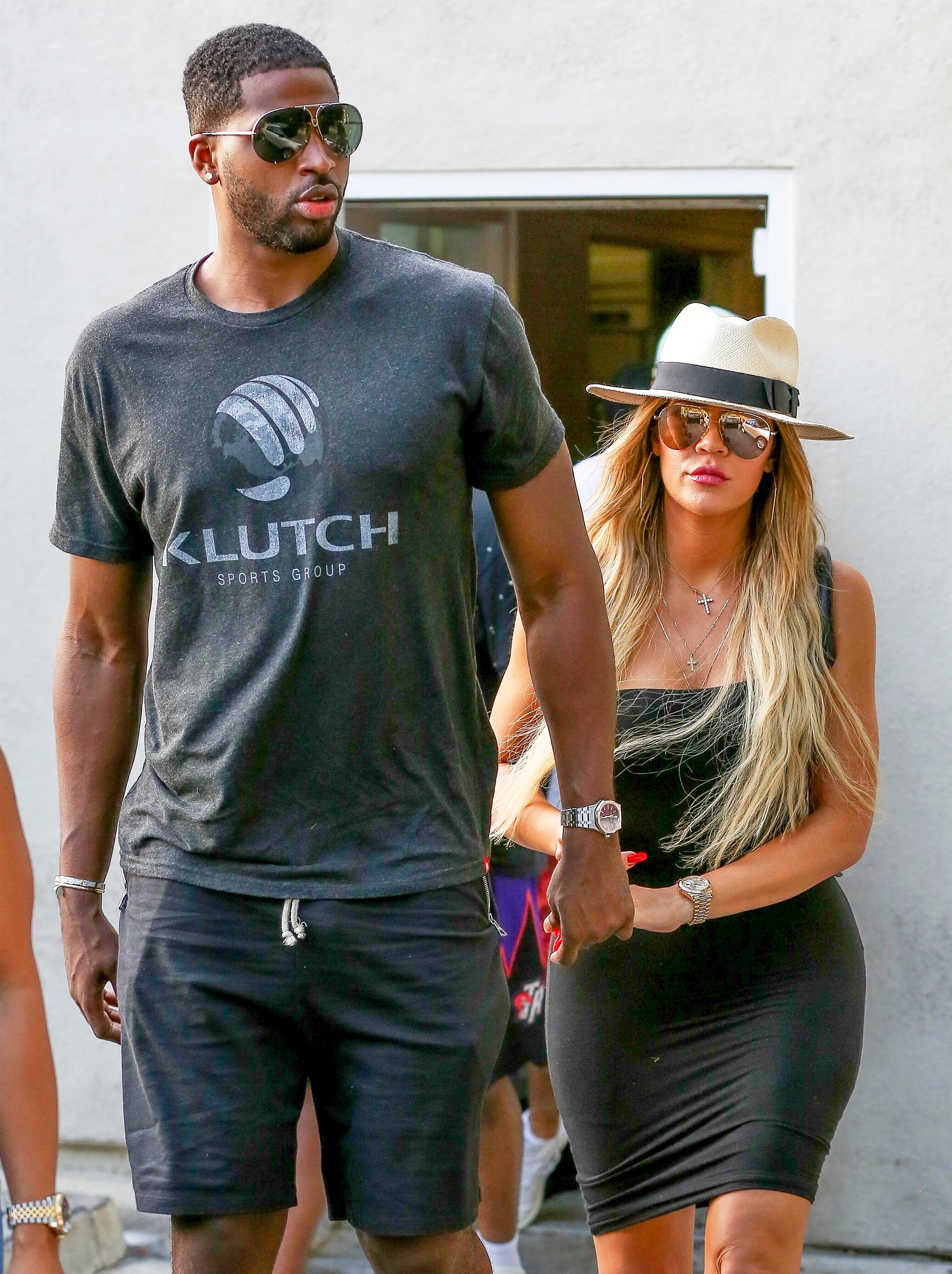 Life goes on. Khloé Kardashian and Tristan Thompson were spotted together for the first time since news broke that the Cleveland Cavaliers star was unfaithful during the reality star’s pregnancy.

TMZ has footage of Kardashian, 33, and Thompson, 27, enjoying lunch with friends at a restaurant in Cleveland, Ohio, on Friday, May 4. The duo, who welcomed daughter True on April 12, were seen the same day that Us Weekly exclusively confirmed they were “fully back together” after the drama.

“No one in her world is supporting Tristan and she’s still in love with him,” an insider told Us on Friday, adding that the Good American designer is not leaving Ohio and feels “the whole world is against Tristan.”

Us Weekly confirmed last month that Thompson cheated on Kardashian with at least five different women during her pregnancy.

Photos and videos of the NBA star with other women initially emerged on April 10. The insider also told Us that Kardashian has seen all of the footage of Thompson being unfaithful.

“Those around Khloé are trying to be as supportive to her as they can. It’s hard because if everyone distances themselves from Tristan, they’ll risk losing Khloé,” the insider explained. “Luckily there’s this buffer time. She always planned to stay in Cleveland the first three months. Now with Tristan in the playoffs for possibly another month, no decision needs to be made right now.”

While the Revenge Body host has yet to comment publicly on the scandal, her sister Kim Kardashian called the situation “so f—ked up” during an appearance on The Ellen DeGeneres Show in April. Kris Jenner also spoke about the drama on Ellen.

“I’m so proud of that kid. I get choked up because she’s such a good mom and honestly I get so emotional,” Jenner told the host on Friday. “She’s just concentrating on that, just being a mom, her baby and that’s what her sisters are doing as well.”