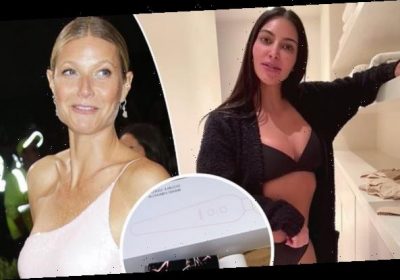 Some say she found fame via a very NSFW home video.

So Kim Kardashian wasn’t afraid to be a bit provocative as she shared a very unique unboxing video of a high-end gift from friend Gwyneth Paltrow’s lifestyle brand Goop. 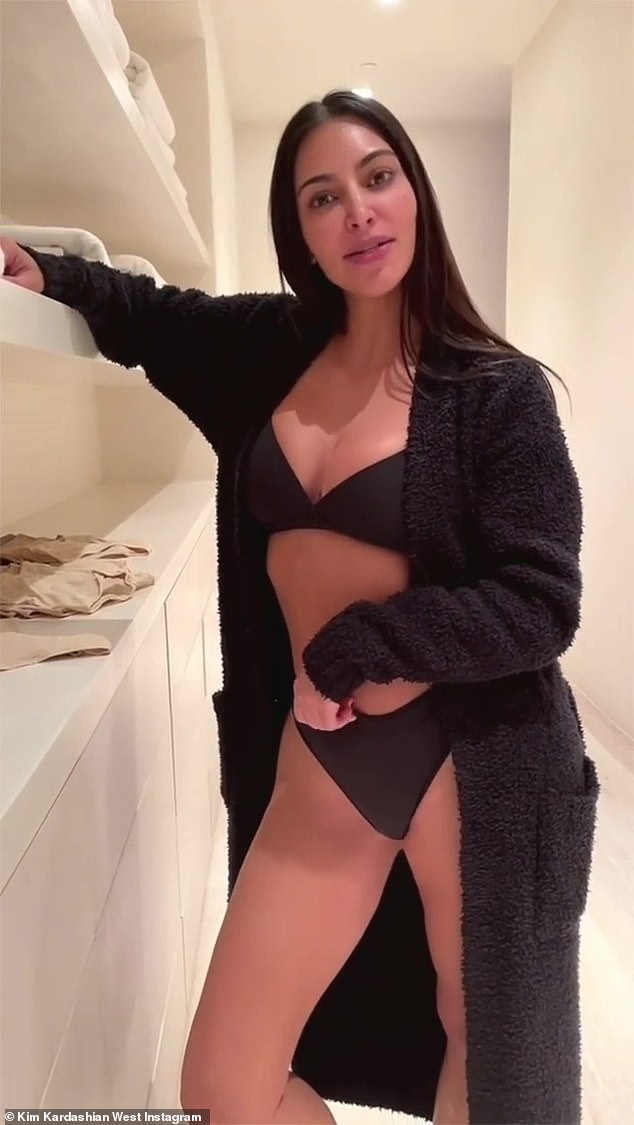 Box of tricks: Kim Kardashian posted a unique unboxing video to her Instagram, showing a collection of gifts from high-end lifestyle brand Goop run by none other than Gwyneth Paltrow 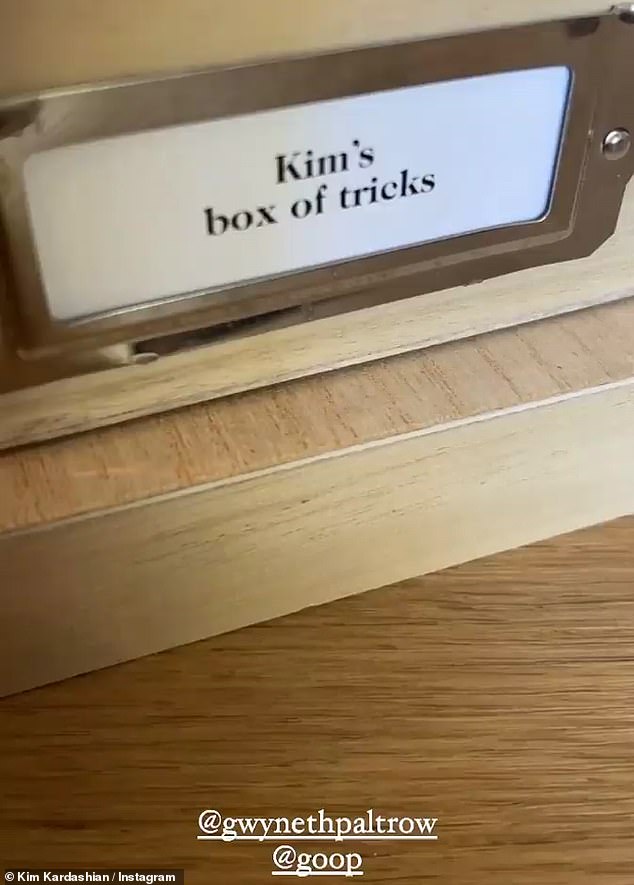 Self-love: The reality superstar, 40, started the video snippet trained on an unassuming package that was labeled ‘Kim‘s box of tricks’

The wand was a hot commodity, selling out almost immediately after its February release.

One was and aromatic concentrate labeled simply ‘Love,’ while the other was a ‘sex gel’ labeled with the French word Nécessaire.

The candle was inspired by Goop’s now-viral ‘This Smells Like My Vagina’ candle.

As the mother of four opened the gift, she said, ‘I’ve never been more excited, honestly, for… a candle…’ 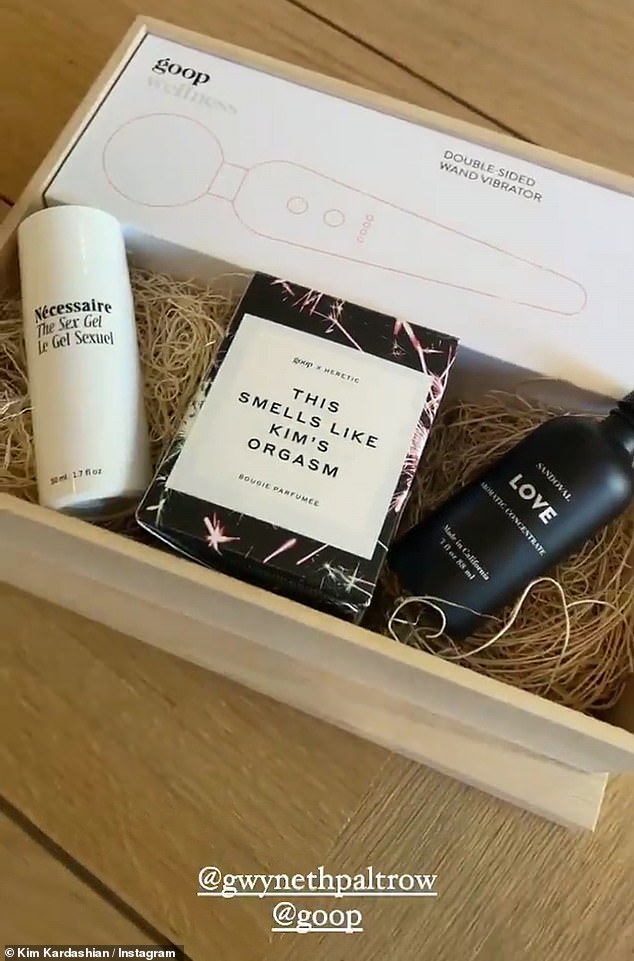 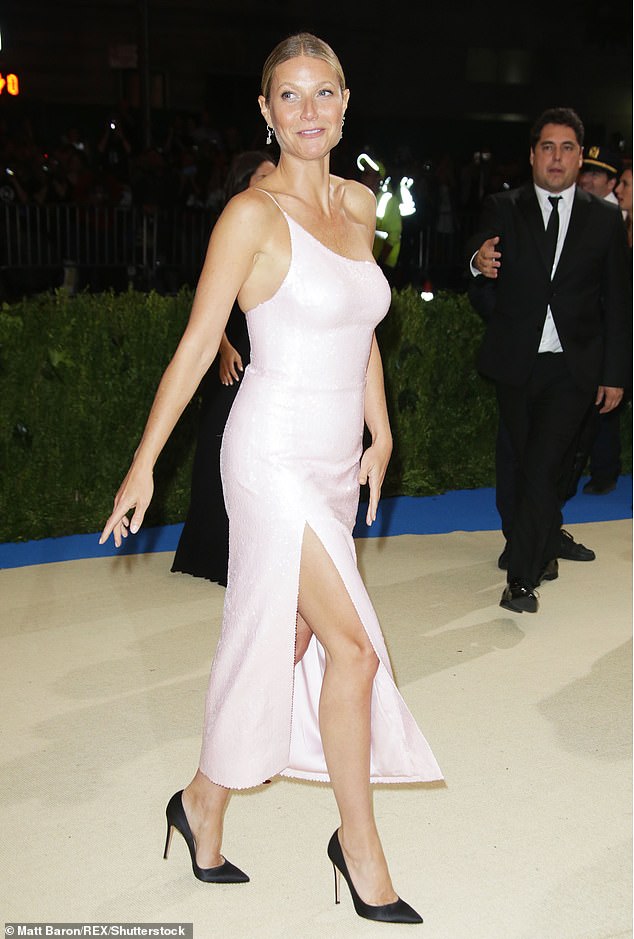 Actress-turned-entrepreneur: Oscar winner Paltrow, 48, has all but left acting behind in order to run her highly popular and visible lifestyle brand; seen here in 2017 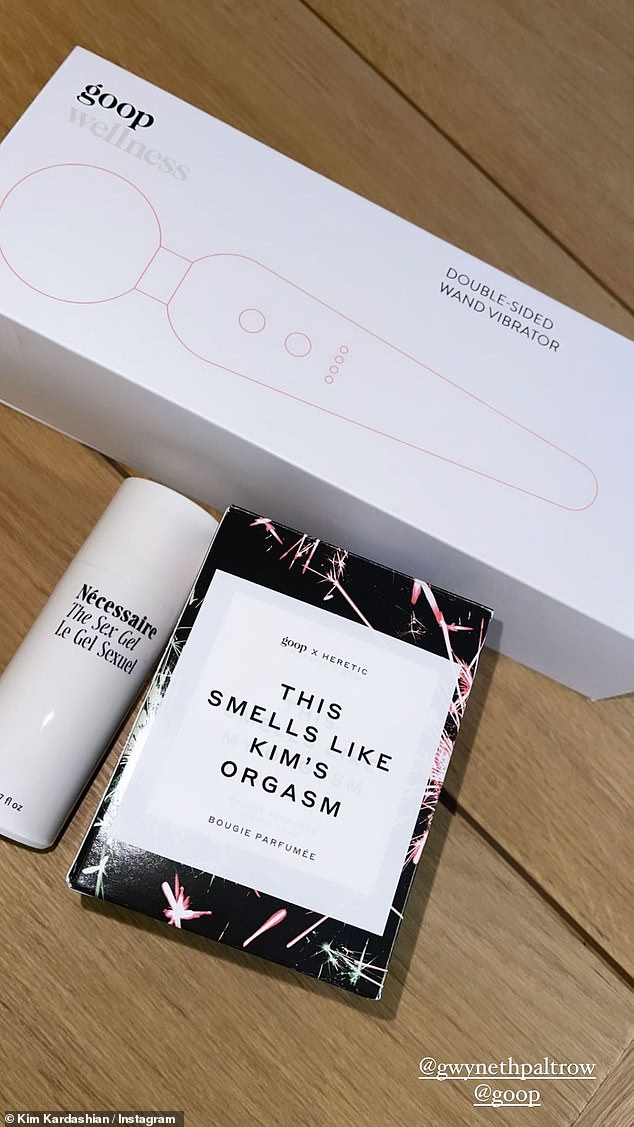 The gift comes as the middle Kardashian sister continues to navigate divorce proceedings from her estranged husband Kanye West.

Kim – who filed for divorce from Kanye, 43, last month – shares four children with the rapper: daughters North, seven, and Chicago, three, and sons Saint, five, and Psalm, one.

The pair are said to remain amicable ahead of the divorce’s finalization and the splitting of their $2B fortune, especially as a prenuptial agreement is in place which neither party is said to be contesting.

However sources have also pointed out that West has refused to speak with Kardashian directly, preferring to communicate via staff and security.

Kim appears to be keeping her married name, Kim Kardashian West, as it corresponds to two of her brands, KKW Fragrance as well as KKW Beauty.

Just recently, she unveiled a fragrance partnership with her younger sister Kendall Jenner, inspired by horseback riding and nature.

She uploaded a phenomenal gallery of photos of the two of them in their saddles, to Herald the arrival of the three scents. 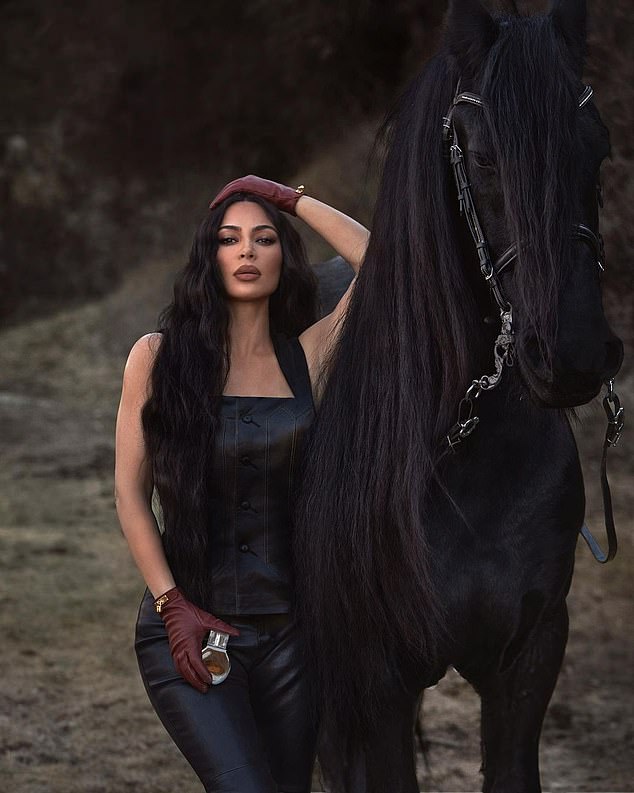 Taking it in stride: The gift comes as the middle Kardashian sister continues to navigate divorce proceedings from her estranged husband Kanye West; seen recently on Instagram