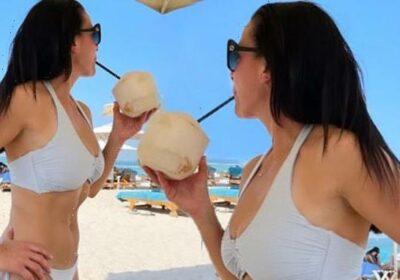 She is best known for her hosting duties on GB News.

But during Kirsty Gallacher’s time off she really knows how to relax as she shared a snap of her sizzling bikini body while holidaying in Dubai.

The Scottish TV presenter, 46, flaunted her toned physique at a five-star hotel Jumeirah Mina A’Salam, where rooms average for £829 per night. 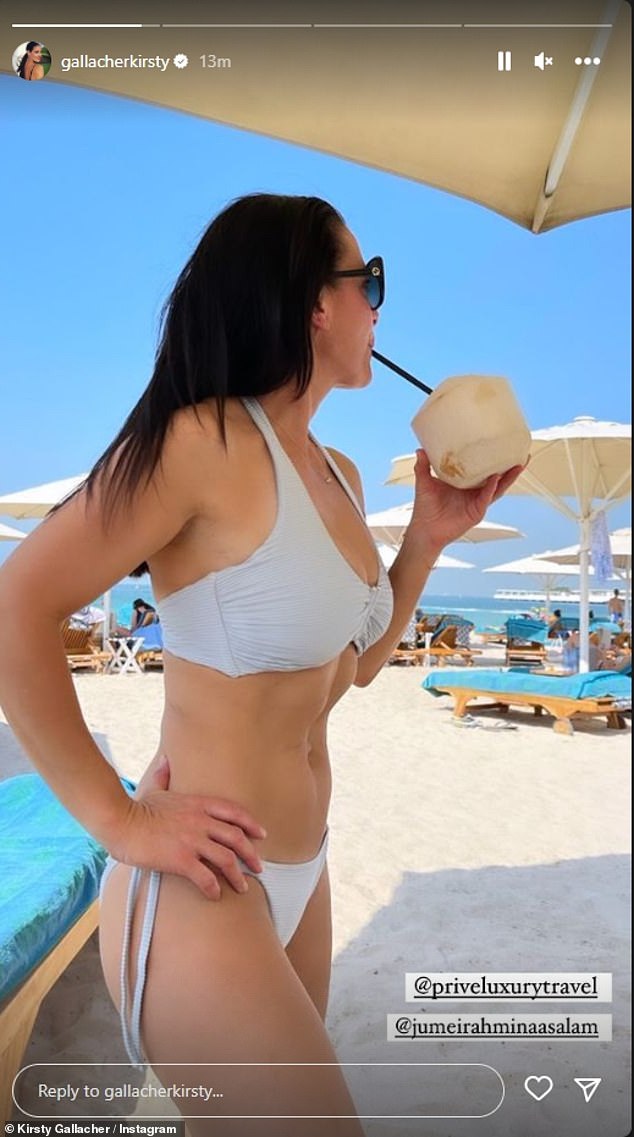 Bikini body ready: Kirsty Gallacher’s  shared a snap of her sizzling bikini body while holidaying in Dubai on Thursday, flaunting her toned physique at a five-star hotel

Her bottoms matched the top in a two-piece set, with a tie-side detail.

The TV star’s raven tresses were let loose and she wore a pair of designer sunglasses to protect her from the beaming sun in scorching hot Dubai.

She appeared to go make-up free as she enjoyed her coconut water fresh from the fruit itself. 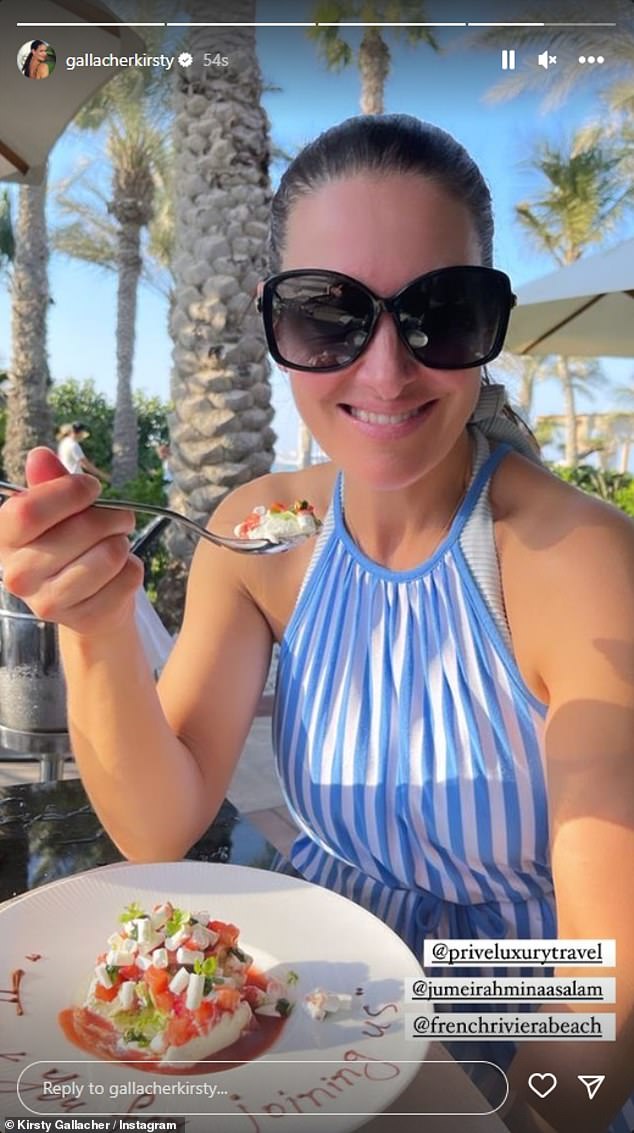 Holidaying: In another snap, she enjoyed a meal which had the words ‘Thank you for joining us’ written on the plate, as she sat on the French Riviera Beach in Jumeirah

Kirsty only accessorised with a delicate gold pendant necklace and let her body do the talking.

She tagged the hotel she was staying at on her Instagram stories, shared to her 371,000 followers.

In another snap, she enjoyed a meal which had the words ‘Thank you for joining us’ written on the plate, as she sat on the French Riviera Beach in Jumeirah.

She wore a blue and white halterneck dress as a cover up as she enjoyed the complimentary dish on holiday.

Kirsty’s sexy snaps come after she revealed she turned her hand to weight training after liking how women look with a ‘bit of strength’.

However, the presenter revealed that her workout regime got out of hand following her 2015 divorce with friends telling her she had gone too far.

In an Instagram Live chat with Top Santé magazine the brunette beauty said: ‘Some people don’t but I like the look of women with a bit of strength, I think it’s great!’

The star, who shares her sons with ex-husband Paul Sampson, went on to reveal that her divorce body workout left her ‘clothes popping out’.

She said: ‘ I don’t want to get too bulky again because it just didn’t look right on me’.

Gallacher added that a few people even approached her after she threw herself into weight lifting, forcing her to reevaluate her work out regime. 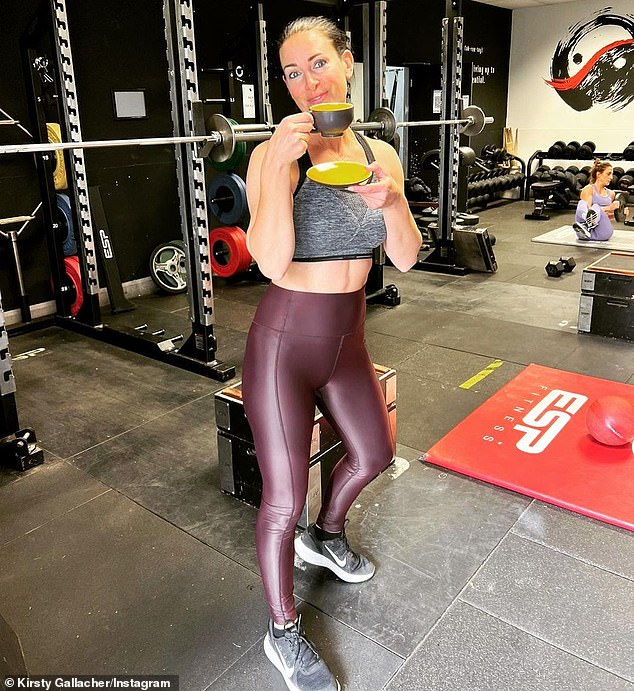 Boost: Kirsty Gallacher gave herself a much needed caffeine injection on Wednesday after starting the day with a grueling exercise session