Kourtney Kardashian defends her parenting after episode of KUWTK Kourtney Kardashian has defended her parenting after arguing with her mother’s boyfriend Corey Gamble.

The 40-year-old reality star has Mason, aged nine, Penelope, aged seven, and Reign, aged four, with her ex-partner Scott Disick, and got into a heated argument with her mother Kris Jenner’s boyfriend Corey during Sunday’s episode of Keeping Up with the Kardashians over acceptable ways to discipline children.

In the episode, Kourtney and her sister Kim Kardashian West both claimed their children have lashed out at their nannies in the past, and Corey said that if Penelope were to ever ‘scratch’ him, he’d give her a ‘spanking for sure’. 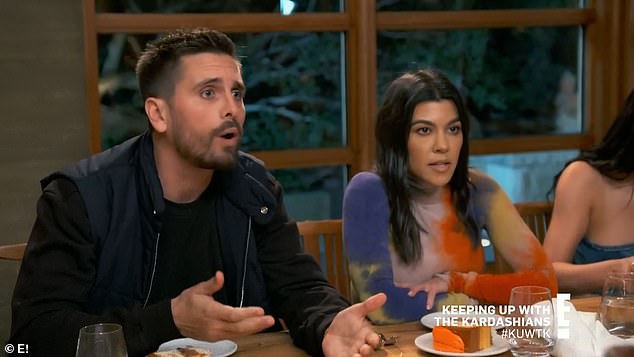 Parenting lessons: Kourtney Kardashian has defended her parenting after arguing with her mother’s boyfriend Corey Gamble on the latest episode of KUWTK

Kourtney and Scott, 36, both slammed Corey for his comments, and the Poosh founder has now taken to Twitter to insist ‘physically hurting’ a child is not an acceptable way to ‘get your kids in check’.

She wrote: ‘In my opinion, beating children is not [how] to ‘get your kids in check.’ When children are hurting or frustrated, the answer is not to physically hurt them. … They’re children and she was clearly hurting inside so hurting her physically is not going to make anything better. How do we not know better by now?! (sic)’

Kourtney went on to say she and Scott do discipline their children in other ways that ‘don’t involve physical harm.’ 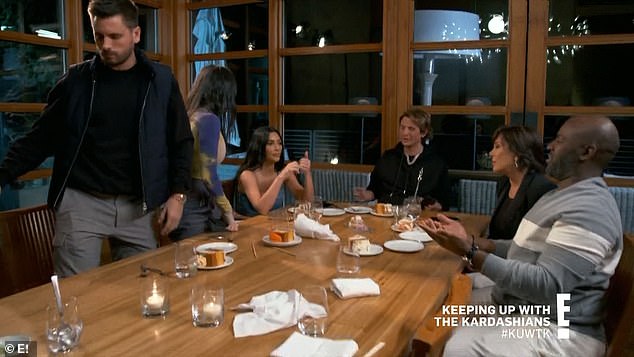 Dinner time: An argument breaks out when Kourtney tries to defend her daughter scratching her nanny in the face after Kris’ boyfriend says he would spank her if she acted that way 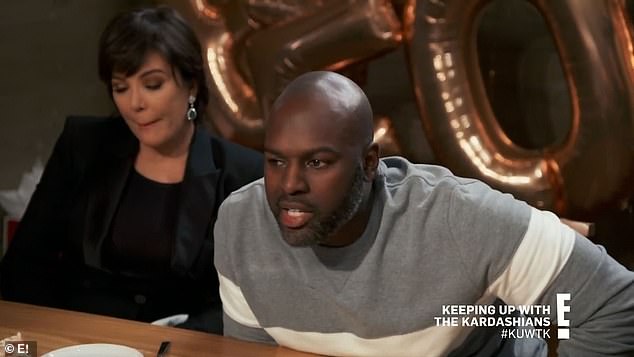 Uh Oh: Kris tried to defend what Corey was saying but Kourtney and Scott weren’t having his form of punishment

She added: ‘I am very proud of my kids and being a parent isn’t always easy, but we do have consequences that don’t involve physical harm.’ In the E! reality show, Scott – who is now dating Sofia Richie – slammed Corey for suggesting he’d spank Penelope, while Kourtney said she felt uncomfortable leaving him alone with any of her kids. Corey originally said: ‘If P scratch me, I’m whipping her a**.’

While Scott shouted back: ‘My daughter? My little daughter?! … Don’t ever talk about a child like that!’ Kris tried to act as a mediator in the situation and she insisted Corey didn’t mean his comments literally and would never hurt Penelope. Kourtney fumed back: ‘Because he will never be with my kids alone and if he does that in front of any of us there will be a f***ing issue!’

Kourtney then admitted they were ‘never going to agree’ about it but equally she didn’t want to not bring her kids to her mum’s house because she ‘feels uncomfortable’. 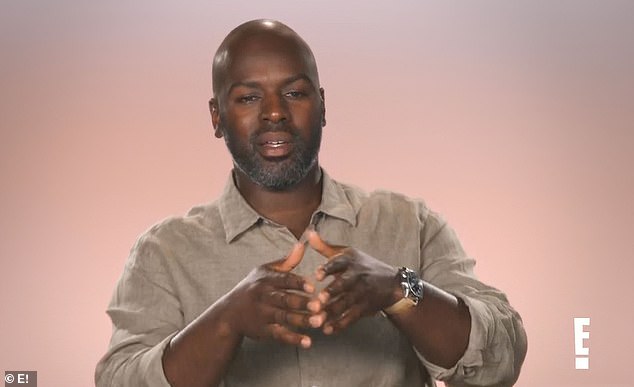 Hopeful: During his separate interview during the show Corey said he hopes that everyone can just ‘move on’

And Corey said in a sit down interview: ‘I understand how Kourtney and Scott feel but I can say what I want to say because that’s my opinion. I hope that everyone is able to move on.’

But that wasn’t all, Kourtney’s sister Khloe – who has 17-month-old True with ex-boyfriend Tristan Thompson – has defended them, saying ‘no-one should judge’ other parents for their methods of discipline.

The 35-year-old star wrote on Twitter: ‘When it comes to discipline and your children … no one should judge. Everyone should do what’s best for their family. We all may parent differently but I would always respect how my sisters choose to discipline. #KUWTK. (sic)’ 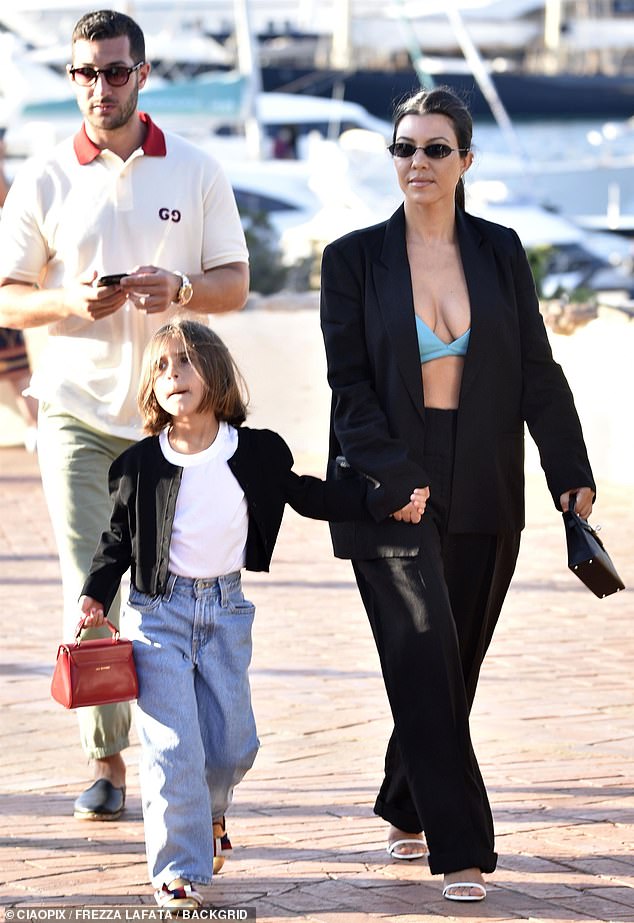 Family outing: Scott Disick and Kourtney step out with their daughter Penelope while out in Italy over the summer