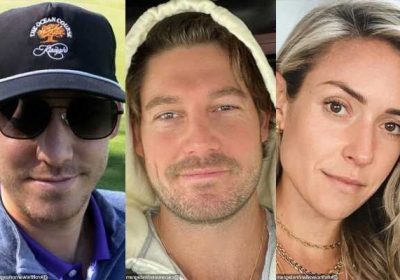 Without name-dropping anyone, the mom of three insists in an Instagram post, ‘These two guys who I have been linked to for the past year are my friends.’

AceShowbiz – Kristin Cavallari is setting the record straight. Amid rumors that she’s being involved in a love triangle with “Southern Charm” stars Craig Conover and Austen Kroll, the “Very Cavallari” star took to her Instagram account to shut it down.

“I haven’t been involved in a love triangle since I was in high school,” the reality TV star wrote on Wednesday, July 21. Kristin also shared she “hasn’t dated anybody in a few months.”

Without name-dropping anyone, the mom of three continued, “These two guys who I have been linked to for the past year are my friends. That’s it. I’ve never dated either one of them. I can guarantee that I’m not going to date either one of them.”

She also noted that even though she was seen hanging out with them, it didn’t mean they’re in a romantic relationship. “It’s possible for a grown woman to be friends with a grown man and for that to be it,” she said.

Kristin also alluded that she’s not in rush to get back into the dating game, explaining that she’s “actually really enjoyed” not being in a relationship. Urging her fans to not believe in rumors, she wrote, “It’s like a massive game of telephone. So just keep that in mind, that all the stuff you’re reading is not always true. Maybe there’s a little seed of truth, but all the details are messy.”

Meanwhile, neither Craig nor Austen has commented on the love triangle love.